Does Bigfoot exist? This has been an age old question asked many times, in many different ways. Understandably with the hoaxes that have been played over the many years of the Bigfoot debate; it is perceivable why so many would question its existence. People that have encountered a Bigfoot firmly believe it is real. Others set on the fence. They want to believe, but are afraid of being ridiculed or laughed at. Then there are those that don't believe...period...no questions asked. For myself, the answer was easy once I took the time to do some research.

Yes, I believe that Bigfoot is real.

In a previous hub I wrote, (provided in the link to the right) I gave some brief examples of scientists and Bigfoot research groups that have been working on scores of evidence, and are in the process of presenting that evidence in the near future. In this hub, I would like to elaborate more on that subject.

Why do I believe Bigfoot is real?

For years I use to tease my hubby about his fascination with Bigfoot. Every morning like clockwork, he would set about reading anything he could find on the topic. When hunting or fishing, he would search the trails and woods for signs of the elusive beast. All the while, I would sit back and occasionally chuckle or whip out a smart remark. Then one day while camping at a lake, I heard one for myself. It was a long cry that made the hair on the back of my head stand up. I glanced over to a near by island in the center of the lake. I seen what looked like a flutter of movement, but couldn't be certain. I began to brush it off, till I heard it again. If it hadn't of been for the hours of listening to recorded calls my hubby played, I may have never realized it was a Bigfoot. Since then, I have had no doubt that it is real and out there watching us humans.

More videos from Lloyd Pye...a must see to believe!

Where is the proof?

For over a year, I have been watching the BFRO (Bigfoot Field Researchers Organization) forums, Cryptomundo, NABS (North America Bigfoot Search), and a few other websites that have been discussing Bigfoot. Out of all of them, the most intriguing ones I have been following are Lloyd Pye, NABS, and Robert Lindsay. Don't get me wrong, all of them are packed full of interesting information, but these have held my attention for awhile.

I will begin with Lloyd Pye, because he starts out with his theory of how we came to be, and what role Bigfoot played in it. To break it down quickly, Lloyd Pye's research has led him to believe that everything we have been told has been a lie; from how the world was made, to how we came to be. In his theory, he suggests that Bigfoot is Neanderthal man. To look at Bigfoot's body structure and compare it to its living environment, Bigfoot is made for this planet. To look at human body structure and its environment, humans are not made for this planet. He suggests that because of our 4,000 genetic disorders, our existence must come from a combination of celestial being (alien) DNA and Neanderthal DNA...aka...Bigfoot. Since he states so much overwhelming information to back up his theory, it is best to watch the video I have provided, or others from his YouTube channel. Even though I don't agree with everything he says, it was a mind boggling video to watch, which left you with food for thought.

I have heard my hubby talk about Melba Ketchum, Erickson Project, BFRO, and Olympian Project, but had only half paid attention, until one day when he was talking to his brother about two Bigfoot that were shot, and killed in November of 2010. This sparked my interest enough to WebFerret the story. Thus I found Robert Lindsay.

*Update*- Here is a link to a news clip of Dr. Melba Ketchum claiming Bigfoot is real. Click here to see the link. 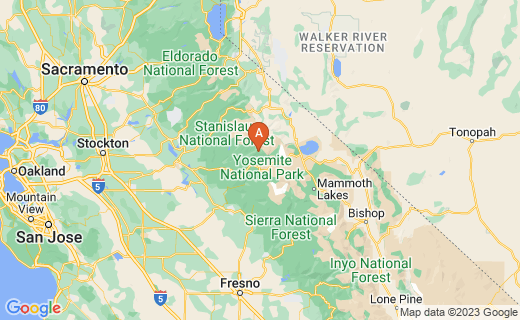 In November of 2010, Justin Smeja and another man were out in the Sierra Nevada Mountains when they came across a large beast in the road. Justin stepped out of the vehicle and shot the beast (a mother) as it turned to run into the woods. (The claim: He shot it believing it to be threatening him.) He then seen the other Bigfoot (a juvenile), and also shot that one, claiming the same reason. Justin's story and the driver's story differ to some accounts behind the reasoning why they were shot, but they fled the area in fear of being persecuted.

So, what happened to the bodies?

This is where the stories began to differ and take on a life of their own. One claim was that Justin kept the bodies, parting them out to certain parties. One claim was that the Olympian Project had them. One claim was that a slice was sent to Melba Ketchum for her DNA research. Many speculations were made and opinions stated, but no one knows for sure where they are, with the exception of the sample that Melba Ketchum is using for her studies. She has stated many times on her Facebook profile that her first report was rejected and is currently working on another one. This report will coincide with the Erickson Project documentary videos on Bigfoot that will be coming out soon. (A resent photo has shown up on the Bigfoot forums, presented by Melissa Hovey, showing a close up of the back of a Bigfoot. Click here for more information.)

What manner of creature is Bigfoot?

According to some theories floating through the Bigfoot world, many claim it is Neanderthal/human. I have even read on one website where one person hypothesized Bigfoot to be a descendant of Esau from biblical times. From the reading I have done, Bigfoot shows traits that are comparable to humans, including family structure, family order, and discipline. Until the DNA research is completed, one can only speculate.

What will you vote?

Do you believe bigfoot/sasquatch exists?

Do I think Bigfoot has any spiritual or paranormal qualities?

I personally don't think so, but upon reading reports of others whom have encountered Bigfoot, some believe it does.

In 1978, a woman was out fishing and picking berries with her family when she claimed to be paralyzed with fear. She heard a slight rustle and seen what looked like a stocky ape. When she felt herself being released, she ran to her parents and told them what happened.

In 2004, a woman reported feeling faint, seeing colors, and felt like she was going blind, when she encountered a Bigfoot. She replied that it felt as if she had been shot up with a hallucinogen. She couldn't move, she felt paralyzed with fear.

These are just two, of many accounts, that are posted on the BFRO website. To read more sightings of first hand accounts check out the BFRO website. (I had links posted here at one time to each of my examples, but had to remove them.)

Currently Matt Moneymaker (from the BFRO) and his team, are traveling the country side filming a TV show called "Finding Bigfoot". It is a series of investigations into Bigfoot sightings.

The Erickson Project is working on a documentary that will be published as soon a Melba Ketchum's DNA report is finished.

It is only a matter of time before all the parties involved with finding evidence of Bigfoot will publicly post their findings.