This article discusses multiple perpetrator stalkers using remotely controlled devices, such as drones against stalking victims. The video below serves as a springboard for the discussion. It is a news video, which is understood as a broadcast to raise awareness. However, and with all due respect, we find it to be in the usual lame manner with regard for useful information for multiple perpetrator stalking victims.

The video is really nowhere near the appropriate information for the misuse of the technology as we have recognized its use based on the experience of observation. Hence, it unfortunately once again gives the appearance of warning the public, but may actually allow stalker techniques to slip through the cracks - as usual.

Therefore, our own experiences with drones and other remotely controlled devices being used by perpetrators is discussed in further detail in order to raise what we deem to be more useful and accurate awareness. The article then concludes by offering concepts for the pondering consideration of the reader when such technology is misused.

Of course this video is a step in the right direction, but as always seems to be the case it does not accurately inform or address the way multiple perpetrator stalkers use the technology - in my experience. Then, of course, there will need to be someone to actually enforce the law, you know, against the stalkers.

The reader should note that the actual drones used by perpetrators may not, and usually are not, anywhere near as easily identified as they are in the photographs in this article. Stalker drones and other remotely controlled devices, which may or may not be airborne, are often or generally much more deceptively concealed, looking like native, exotic, or even out of place animals, birds, or insects that one might or might not upon casual observation notice oddities.

Of course, who is going to fathom such oddities may be due to technology without some reason to conclude that is the case? When pondering stalker drones, always be certain to ponder the possibility of cameras, of course, but also the eyes being used as such, as well as audio or acoustics, nearly reminiscent of Snow White (Sleepy Hollow, too) but with different motives and within a perhaps less friendly context.

The only place any such obvious appearance of the type of drone in the video, undisguised, was near Gower, Missouri in the summer of 2018, flying over large stretches of farmland primarily at night. At night drones look much more like aircraft lights in the sky, in my opinion, unless you are really paying attention.

I witnesses several different remote controlled animals in Mission, Johnson County, Kansas in recent years. There was an armadillo, a possum, a squirrel, and I highly suspected bunny who was always sitting under the lawn chair on the deck for a period of time. There were two exotic owls, and other animals. I have lived in this area for more than half of a century, and that is the only time I have ever seen an armadillo anywhere.

During the summer of 2018, while in the RV in or near Gower, Missouri, on rural property with much overgrowth, I personally witnessed an artificial snake sitting on a branch of the tree outside the RV as I was engaging in heavy yard work to clear and clean up the surrounding landscape in order to be able to write comfortably.

Being a bit of a country girl I did not mind the garden snakes that would actually consume the rodents. I was only concerned about poisonous, aggressive snakes. It was only upon observation that I realized there were more than just natural or maybe even crossbred poisonous and non-poisonous snakes to be concerned with in the area, but also mechanical, and even what appeared to be a poisonous snake spray painted to give the appearance of a non-poisonous snake.

I did not get as good of a look at that one as I did the mechanical snake sitting on the branch for an extended period of time as if watching me work. I got a good look at this one from the underbelly and it was detectable as a slightly mechanical rather than natural movement. As he finally began to move, due to me throwing things at him in order to get him to move, it was exceedingly clear his movement was similar, but certainly not the movement of a natural creature.

While this seems ridiculous to any relatively normal person, such things are in keeping with the ways of the multiple perpetrator stalkers in our experience. Whenever you think stalker drones or remote control toys always be sure to consider the eyes as there is a larger, including human eyes, concern within the larger context, as well as the appearance of the eyes in at least two separate creatures, appearing to be used for remote viewing.

Out of Place "Animals"

When you ponder out of place animals consider seagulls at Shawnee Mission Park, in Lenexa, Johnson County, Kansas for example.

Also recall the above-mentioned armadillo in Mission, Johnson County, Kansas. I have lived in this area for more than half of a century, and I have never seen another armadillo, ever.

There are also plush, exotic looking drones that appear out of place. You may think you have seen a rare and amazing specie even, such as some of the plush, exotic looking fowl landing on the back fence, maybe in 2014, in Mission, Johnson County, Kansas shortly after moving there and returning from car camping at Smithville, (Missouri) Lake for months in the last half of 2013.

(Recall the previously articulated directed conversation by a licensed Missouri attorney in that QuikTrip, "It's your *ss" occurring only months prior to the crimes originating on or about May 23, 2014, and resulting in multiple serious physical injuries, including but certainly not limited to rectal and colon injuries. The Smithville Lake articulation will be published, God willing, in the near future).

Also note perpetrators have been known to throw natural creatures in my path. For example, while walking from Mission to Shawnee, Johnson County, Kansas, to visit my late friend, Evelyn, a white male, appearing to be friendly, it appeared dropped a snake on the path ahead of me. This was in the context of overt, intense stalking, and was a hot Kansas day in July, mid-day.

The snake was headed in the wrong direction on the path for natural behavior. For example, when it gets cold you may find a snake coming out of the thick foliage on one side of the path, in order to get up on the pavement which holds more heat. However, you do not generally find a snake around these parts heading out of the cool shade in the heat of a hot mid-summer day, to get up on frying concrete or out in the direct sun.

So, whether this particular instance was some strange snake behavior or another stalker jerk pulling another stunt, just be aware that perpetrators are known to also do such things with real animals, including dogs, snakes, etc.

This is an interesting video which enriches the content, so it is included. However, what is identified in this video as a "yellow jacket" is not of the appearance of what is described as the "killer bee" drone this author was threatened with in Mission, Johnson County, Kansas a few years ago.

"This is a killer bee. One shot of this and you're dead." This was the threat as a wicked looking "bumble bee" or "yellow jacket" of a fuller body, more similar to the immediately above photo, although not exact, with a wicked needle nose swarmed around me in the backyard of my Mission, Johnson County, Kansas apartment. I near caught the thing to add to my collection that I was intending to send to Kansas State University, known for their agricultural department. I did also attempt to warn the Chief of Staff at The University of Kansas Medical Center there off Shawnee Mission Parkway, near Mission.

This threat and scenario was also posted publicly at or near the time of occurrence as well. 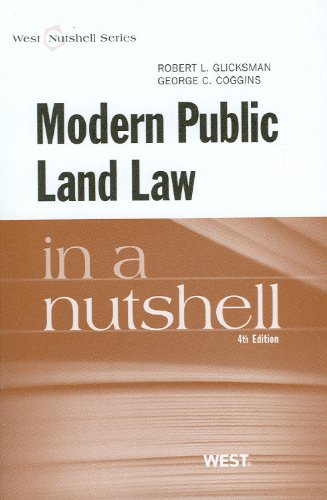 Modern Public Land Law in a Nutshell (Nutshells)
I took Public Land and Natural Resources with Professor Peck at KU during law school. While him and I did not see eye to eye on the Sahara Club, it is an interesting and informative class. The topic is at least partially available in this Nutshell. Recall Clinton's numerous dedications of public parks. Also, learn about the eminent domain doctrine, endangered species act, and more. This is a small book that is the law school equivalent of Cliff Notes on the topic, or a briefer summary or overview.
Buy Now

Bees are vital to our food supply which relies heavily on pollination. The nest and other content was of great enough concern for me to collect it to send to Kansas State University for analysis or commentary, contained in the clothes line poles, was a normal enough looking hive, but it contained not only while balls but also black ones. Some of the insects collected rotted quickly in the jars with a horrible odor which is believed to be abnormal for a small insect. They decomposed into a black tar like substance. Then there were two sets fighting over the clothes line pole with distinctions between the two types of wasps.

Then there are the "mechanical mosquitoes," with 8-12 of them used by perpetrators to inject this victim multiple times in the back immediately prior to "arrest" by psycho attorney impersonating a police officer using a "cop car" in which the plexiglass was not even factory installed. This occurred on or about May 23, 2014, originating in Mission, Johnson County, Kansas and proceeding from there.

This resulted in among other things multiple serious physical injuries still untreated (which includes but is certainly limited to chronic inflammation, as well as an injured, misaligned skeletal structure being additional potential risk factors for developing the threatened cancer, as well as disability, among other potential risks. Noting, of course, that I am not a licensed physician, but have lived in a human body for all of my days, that is now quite injured, which also includes but is not limited to oral, vaginal, uterine, rectal, colon and other still unexamined, treated, or compensated for, injures, among multiple other losses, with this incident originating in Mission, Johnson County, Kansas on or about May 23, 2014. This was not due to an auto accident as perpetrators were trying to claim. My car was not wrecked, but towed clear out to Basehor for the rock bottom bargain price of $1,245 or $1,345.

Stalkers are using drones and other remote controlled "toys" for a variety of uses against multiple perpetrator stalking victims in and around Kansas City. Some of these uses have been threatened as deadly even.

Consider the following in order to begin pondering ways in which these devices, airborne drones or remotely controlled land devices, with potential cameras and/or audio going in either or both directions, among other potential functionality, might be misused in the wrong hands: