A Dumbo Octopus is a strange aquatic animal. It lives nearly in every ocean in the world at extreme depths of from 300 - 400 meters to up to 7000 meters. It is also considered the deepest diving octopus ever. There are about 37 species of Dumbo Octopuses, but more are probably going to be discovered. It grows up to eight inches. The class of a Dumbo Octopus is Cephalopoda, its family is Opisthoteuthidae, and the genus is Grimpoteuthis. The Dumbo Octopus is named after the Walt Disney’s flying elephant character. This is because of its two ears look like fins on the octopus’ sides.

Dumbo Octopuses live just above the sea bed, and don’t move very much to conserve energy. They swim by flapping two fins on its sides, and can extend and contract its legs. When needed, a Dumbo Octopus forces water out of a funnel in order to make a quick escape. Nevertheless, they have very few predators at all.

Dumbo Octopuses come in many shapes and colors. They are small in comparison to other octopuses. The legs of a Dumbo Octopus are about the length of its body and are often brightly colored. The arms are connected to each other with thin flaps of skin. This helps the animal swim and to hold prey. Many describe the Dumbo Octopus to be “cute”, for its size and way of moving. They are stubby and their “heads” are large and make the Dumbo Octopuses look rather slow. They are commonly orange, but can also be red and even green. Male and female Octopuses are identified by their size and the pattern of their suction pads. It is thought that males have larger suckers than females.

Unlike other octopuses, a Dumbo Octopus swallows its prey in whole, since they usually aren’t that big. It has a diet of worms, bivalves, and other small crustaceans. When they are away from the sea bed, they will often eat pelagic cope-pods, which are rather common in a Dumbo Octopus’ natural habitat. They crawl on the ocean floor and look for food. Once prey is spotted, they will swim towards them and devour them quickly. The legs of a Dumbo Octopus have small harpoon-like barbs to hold on to prey. Usually, they have plenty to eat, rarely dying of starvation.

Males and females do not have a normal mating season. The female lays eggs all year round instead of just in the breeding season. The males have a large segment on one of their arms, and it transfers a sphere of sperm into the female. The eggs are fertilized inside a female and are laid individually underneath rocks and shells from time to time after copulation. The female leaves them to fend for themselves. The eggs are attached to the seabed and are quite large compared to the mature Dumbo Octopus. It is unknown how long the egg stays unhatched. 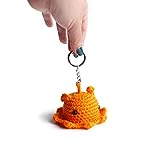