In my previous article, I examine Hart's positivism view that there is no necessary connection between law and morality. The main thing of legal positivism is to emphasize the way to separate the question of what law is and what law ought to be. Morality plays no role in the task of determining what law is because it only determines what law ought to be, what we like the law be, and what good law can be. In this perspective, one identifies the law without asking any question of legal morality.

So how the judges decides in the particular cases?

Hart's view on law interpretation is quite simple. When the judges decides any case, he believes that they only decide how the law apply to the particular cases.

Consider this case: There is a rule that no sausage allowed in the park. It is clear to think this rule that sausage cannot be brought in the park. It does not resist to lunch boxes, ice-cream, and baskets. However, some cases are not clear - how about corn dogs? There is a reason to think sausage and corn dog are the same things, and there is a reason to think that they are different. Suppose that there is a person who get charged by bringing a 20 foot long corn dog in the park. How does the judge decide the case?

Hart believes that the natural language has the core of determinate meanings. The word sausage has the core of meanings. In terms of natural language, the core of determinate meanings can apply all these kinds of things. There are cases surrounding in the central cases, which means these cases are indeterminate. Hart calls these cases are penumbra cases. Whether real sausage, hot dog, or corn dog, they are the cases belong penumbra because these are not part of determining meanings. We cannot obviously see the central cases that can apply.

Since there is a lack of clarity of natural language, it makes the penumbra cases difficult. Hart claims that law does not determine what the answer should be because of the lack of clarity of natural language. In his view, corn dogs are neither permitted to the park nor does it prohibited to the park. While the judge decides any case that there are some lack of clearly in language, existed law does not give a resource to determine whether or not corn dogs counts as sausages. So, the judge has to extend the law and make the law more specific in order to make the decision. When the judge decides any penumbra cases, he or she is making new laws. For example, if the judge said corn dog counted as sausages, new rule would be formed and more determinate.

According to Hart, the judge is free to decide rules that fit in the case. The judge has the description to decide what consideration should be made and should be valid for the case. Hart believes that any judge is legitimate to make new law. When he decides the case, the consideration that they appeal to is not any legal consideration, and he has to go outside the law. The reason is because the existed law does not give any guideline to determine penumbra cases. Since language cannot give a full interpretation of penumbra cases, Hart thinks that law has many gap areas. These penumbra cases show that law is not clear and has no clear answer for the decision, so the judges have to clarify the existence law by making new laws. At the same time, they fill in the gaps of these laws.

In Baker case, two male students in University of Minnesota, Richard Baker and James Michael McConnell applied for a marriage license in Minneapolis. The Court denied the request on the ground that they both were the same sex. The trial court ruled that the respondent was not required to issue a marriage license and specifically directed that a marriage license not be issued to them.

However, Baker argues that the law is unconstitutional because first, it denies petitioners a fundamental right guaranteed by the 9th Amendment to the US Constitution and the argument can also applied to the states by the 14th Amendement. Second, petitioners have freedom and are deprived of liberty and property without due process and are denied the equal protection of the laws, both right in fact are guaranteed by the 14th Amendment.

Unfortunately, the court dismissed and held that state did not deprive a gay couple of liberty or property without due process or of equal protection when it prohibited them from obtaining a marriage license on the basis of their sex. 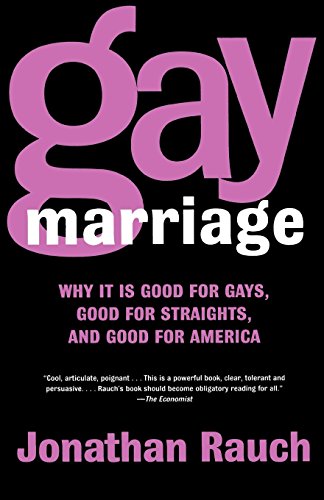 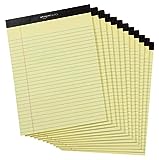 Core and Penumbral Meaning of Marriage

In terms of core meaning, Hart would say that marriage is procreative by definition with heterosexual married couples that are unable to procreate by reason of infertility. Gay marriage, therefore has a penumbral meaning in which surrounds by the core meaning of marriage. While there was no legal cases dealing with gay marriage before Baker, Hart believes that the judge has to extend the law and make the law more specific. When the trial judge decides the penumbra cases, he or she is making a new laws regarding marriage. In determining this case, the trial judge has to go outside the law because the law does not provide any guideline to determine the decision.

Gay marriage without a doubt is a hot debate topic in both political and philosophy, in terms of legal philosophy, gay marriage has been a queer because it deals with the questions regarding religion and morality. Before I move to the next part, here are some questions that should be considered:

I did this article 1 year ago. Couple points I would like to modify. However, I decided to leave it and rewrote the new blog post about Hart's legal positivism. You can check it on my new blog, LegalElite. Thanks.