Earthquake or Cyclone: What Destroyed Calcutta in 1737?

Thomas Joshua Moore, a duties collector for the British East India Company in Calcutta (now known as Kolkata) must have been shocked beyond all comprehension at the disaster that unfolded before him on October 11, 1737. Flood waters (possibly a tidal surge) traveled up the Ganges River destroyed much of the city’s thatched buildings. It also demolished the European ports in the vicinity of the city, and – in his estimation – killed approximately 3,000 inhabitants.

From Moore's observation, this was a major catastrophe. He wasn't the only witness: British and other European sailors on several merchant ships reported seeing more than 20,000 ships in the harbor destroyed and more than 300,000 killed by a tidal surge.

The description indicated that the state of Bengal – where Calcutta was located - was hit by a cyclone. However, by the time the news of the event reached Europe – in particular, England – the disaster in Calcutta was given another cause: a major earthquake.

The Calcutta Earthquake of 1737 -- as it was originally labeled -- has been listed for years as being one of the most deadly and destructive earthquakes in modern history. However, when one looks at the data, eye-witness reports, and a few conflicting facts about the city’s population, the evidence for a major shaker doesn’t add up.

How could people misidentify the destruction caused by an earthquake or cyclone? Simple:much of the technology to gauge weather patterns or to identify damage caused by a particular major disaster was virtually unheard of during this era. Also, when people observed a leveled city, there was nothing for them to differentiate between the disasters' aftermaths. Basically, to them, a city in ruins was a city in ruins.

To make matters more difficult, information was almost never instantaneous, and the concept of mass media was in its infancy. Newspapers, magazines or pamphlets often took days or month to report an event that occurred halfway around the world. Also, much of it was based on eyewitness accounts or secondary sources such as word-of-mouth. Often, this type of evidence is prone to slight deviations from the truth when it finally reaches the attention of a reporter.

Worse yet, that information can be eschewed by the reporter or editor who may want it to fit a particular narrative. As a result, the end result of the story can be highly inaccurate, as well as heavily sensationalized.

According Roger Biham’s research paper, "The 1737 Calcutta Earthquake and Cyclone evaluated” for the University of Colorado website, evidence for a severe earthquake was weak. He wrote that much of it was based on anonymous reports from sailors and passengers on merchant ships returning to Europe from the region six months after the event.

Closer examinations of the sailors’ accounts were sketchy. Many claimed to see a tidal surge. Other suggested a minor earthquake hit at the same time. The sailors, however, appeared to be convinced that it was an earthquake that caused much of the damage.

Moore’s account conflicts with the sailors. Often, his written testimony is considered the official account. It was released to the public by the East India Company headquarters in London. In it, he never mentioned the six figure death toll or the earthquake. When examined several centuries later, his report was consistent with it being a cyclone.

“In the night between the 11th and 12th October 1737, there happened a furious hurricane at the mouth of the Ganges, which reached 60 leagues up the river. There was at the same time a violent earthquake, which threw down a great many houses along the river side…”

Despite Moore's account, London magazine editors seemingly sided with the sailors. Many of them added accounts that were consistent with earthquake damages such as building toppling over and liquefaction.Whether these were actually witnessed or these events were misidentified as tidal surge inundating the city is uncertain.

What was known was that Europeans had a better understanding of earthquakes than cyclones. It was likely that the editors went with something familiar to them.

These accounts would eventually be used by British Geologist Thomas Oldham, who cataloged Indian earthquakes in 1883. Oldham’s catalog has often been cited as an important source for understanding earthquakes on the Indian subcontinent.

According to Bilham, Oldham admitted in his assessment of the primary sources that a cyclone and earthquake may have hit the region at the same time. But, he made no attempt to distinguish damage attributed to each (Bilham, 1994). Also, Bilham reported that Oldham derived his evidence for an earthquake from passages from magazines which reported the sailors’ accounts – not Moore’s.

The timeline for the dual earthquake-cyclone "angle" to the story began in 1738. London’s Gentleman’s Magazine’s June edition of 1738-1739 stated the following: “In the night between the 11th and 12th October 1737, there happened a furious hurricane at the mouth of the Ganges, which reached 60 leagues up the river. There was at the same time a violent earthquake, which threw down a great many houses along the river side…”

The article went on to state that two thousands homes in the English sector of the city were “thrown down,” an English church “sunk” into the ground without breaking, and that 20,000 ships, barques, sloops, boats, canoes had been washed away. This article also included the 300,000 death figures and the 40 feet tidal surge traveling up the Ganges River.

...earthquakes, which were better understood than a hurricane by a European public, created more of a sense of horror and fascination among early 18th century readers.

Much of this information was used by Oldham, almost verbatim. He made minor alterations (such as giving the name of the church as being St. Anne when it was not mentioned in the original article) and he erroneously attributed other passages to Gentleman Magazine, when in fact, it was originally reported by a 1738 edition of London Magazine.

There are many conflicting facts about the earthquake/cyclone. As mentioned, the primary sources differed in their accounts. Also, the ratio between the death toll and Calcutta’s 18th century population doesn’t add up. The estimated population of the city was at 20,000. This included the urban and rural areas.

Still, despite the lack of evidence of an earthquake and its inflated death toll, popular literature on the subject still listed the 300,000 figure and the cause as being an earthquake (often dropping the cyclone portion). The possibility is that a figure such as 300,000 – as opposed 3,000 – is more shocking. Also, earthquakes created more of a sense of horror and fascination among early 18th century readers. Although sensationalism to sell copies has never been proven, it is possible that editors ran with the “earthquake” story because it would produce more interests among their readers.

Since the event occurred -- and more evidence has surfaced -- the disaster is know called the Calcutta Cyclone of 1737. In later years, the city's name was changed to Kolkata, thus the disaster has replaced Calcutta in the title.

Whatever the case may be, the 1737 Calcutta Earthquake/Cyclone was a major disaster that took the lives of many and destroyed a city. Even with inflated numbers, the catastrophe killed thousands and displaced thousands more. And that's one fact that can't be denied. 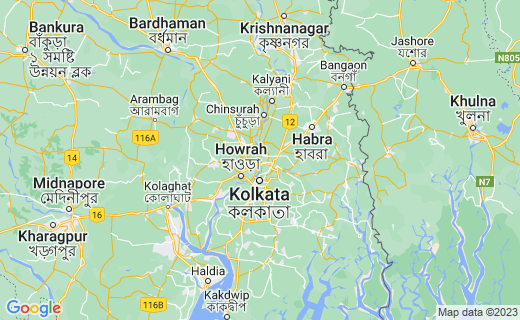 Articles and Research on Calcutta Earthquake/Cyclone of 1737