Thomas Alva Edison's greatest achievement was not the incandescent light bulb, the phonograph, cement, or even an electric generator.. Edison's greatest achievement was the innovative process he used in his inventions. He gave future entrepreneurs a gift that will never be outdated, though some of his material inventions have been. Edison was not only concerned with creating products to help raise the standard of living here in the United States, but also the way that they could be produced at a low cost so the average citizen could afford them. Edison knew that to be truly successful he would have to keep his employee's moral up. They dealt with hundreds and thousands of disappointments before creating each and every invention, and without the desire to continue researching they would all pack up and leave far before the invention of the incandescent light bulb. As you can see, Edison was not only an inventor, but an economist, a psychologist, and a man who knew how to work the media.

Anyone who dared to dream of working under Edison was encouraged to do so by Edison. There was no such thing as a wrong way or stupid idea. There was no impossible. Any possibility was given consideration and Edison encouraged his team to make it happen. From theory to production, Edison never let his team doubt that they would create the product that the team had designed. He made sure they had the financing through investors such as J.P. Morgan and Western Union. (Jones 9) He made sure that any materials that his team required would be already on site for them to utilize. This was a major advantage that Edison gave to his crew that no other inventor at the time could. At no point would he allow a failure to hold them back or to lose any amount of enthusiasm. At the invention factory in Menlo Park there was a team of around two hundred employees to keep motivated through hundreds and even thousands of failures. However, Edison would never let failure be something that would discourage a member of his team. (Jones 54) His mentality was to never let a failure get you down, but to look at failure as a learning experience. Through failure one would learn slowly what does not work, eventually leading them to find what does. The problem with other inventors of the day was that they always wanted things done in their way, so Edison addressed this by allowing his team to have their own creative jurisdiction. Edison oversaw most of their work but never discouraged any idea that someone may have, no matter how unlikely it might lead to success. This leadership style leaned more towards being a father figure than a micromanager. According to Melosi, "It was not unusual for Edison to give his staff the general outline of what he wanted, and then turn them loose to find the best method of achieving the goal" (Melosi103). Edison also understood that he could not expect fourteen plus hour days from his employees if they did not have time to take breaks and relaxation. It was through these periods where the employees bonded and felt like more of a family concentrating on a similar goal. Saying that this process was a monumental achievement is an understatement because the method of production used allowed our society as a whole to be exposed to electricity and over the next generation it transformed the world we live in with the introduction of the corporate research laboratory.

Edison's most important invention using this innovative process would be the incandescent light bulb that revolutionized not only science, but the modern world. This creation was much more than just the science and circuitry behind it, but the entire production process from beginning to end. Finishing up with telegraphy and ready to expand his field of work Edison moved on to a brand new field. As one expert puts it,

"Edison's next major project, launched in the fall of 1878, brought together everything he had learned about invention. The creation of an electric light and power system, which began as the search for a lamp that could replace gas lighting, finally required massive financial backing, numerous teams of researchers, expanded laboratory and shop facilities, the creation of large-scale manufacturing plants, and a marketing organization." (Edison papers).

The problem was that at the time there was no safe lighting system besides natural sunlight, which was very limited. At night, people had no way of seeing without using gas powered lamps or extremely dangerous arc lights. These were the two main alternatives at the time. The gas powered lamps could easily start a rapid spreading fire, and the arc lights were too bright to be put indoors so they could only be put out in large public spaces. Edison recognized the need for a new alternative, one that could allow for a gentle light with very low risk and low cost. He saw this as an opportunity to start a new market and slowly take away the giant gas market of the time. The design of the incandescent light bulb was what was so troubling and took the longest time. There was no way besides trial and error to find the right type of filament. In the first two years, Edison and his team worked on a solution to this they went through over three thousand different theories and six thousand filaments before they successfully passed electric current through a filament without melting it, thus emitting a softer electric light than any existing artificial light. The incandescent light bulb that Edison patents worked by sending an electric current through a wire, which heated that wire above its normal temperature. The wire, or filament, then glows due to the electric heat which gives off a soft light. But to allow the light to last for hours they needed a high resistance filament. Common practice of the time was to use copper, but Edison found that copper would be much too costly, so he looked for further alternatives. Including a stronger vacuum in the light bulb also greatly helped the lifespan of the filament. He would eventually decide to use a higher horsepower generator because of the thousands of high resistance light bulbs that he would need to simultaneously power. (Jones 59-61) The need of a vacuum container for this wire is because oxygen would make the filament burn away much faster than if the oxygen was not present, thus allowing the light to last for much longer.

Thomas Edison combined every element that goes into modern production and put them under one roof. He knew that production in one plant would not suffice for mass production but would work perfectly for the steps leading up to it. From design to creating the first prototype of the incandescent light bulb, Edison oversaw that it was not only done with a consumer friendly approach, but in a way that allowed his workers to feel how much they had accomplished at every milestone of the project. He ensured that the cost of the item would be as low as possible for the amount of uses it would have to the average consumer. Edison was a great leader, inventor, and has changed the modern world. We each owe him for the electronic comforts we use in our daily lives. 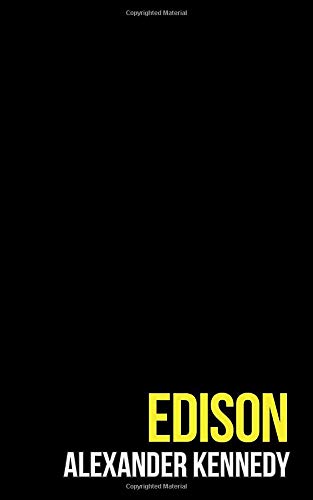