My writing interests are general, with expertise in science, history, biographies, and “how-to” topics. I have written over sixty books.

British Astrophysicist Stephen Hawking, one of the greatest minds of the 21st century, mentioned in “A Brief History of Time” Edwin Hubble accomplished “one of the great intellectual revolutions of the 20th century” when he discovered that the Universe was expanding. In this article, we shall explore the life and work of American astronomer Edwin Powell Hubble, to whom history bestows the title, “The founder of modern cosmology”.

Recently, the Hubble Space Telescope (HST), which is operated and monitored by the NASA (National Space and Aeronautics Administration) the space agency of the United States of America, provided data in the discovery of a massive black hole at the very center of the dwarf galaxy M60-UCD1, one of the smallest galaxies known to astronomers. This finding is just one of the many new discoveries made every day one of the most versatile space telescope in the world today, and adds to the growing collection of knowledge about the Universe.

The Hubble is proving itself a very useful, productive, and important scientific tool being used by modern scientists. More than 11,000 papers on astronomy have been published using data from the HST. This awesome piece of space technology bears the name of man who revolutionized the way we view the Universe. We will get to know him on this article, and perhaps as we delve further we will find inspiration from his unparalleled achievements. 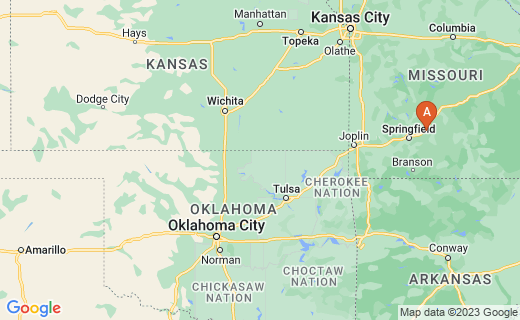 Edwin Hubble was born on November 20, 1889 in Missouri. His father was an executive in an insurance company. When the young Edwin was nine years old, his family moved to Chicago where he continued his education. In 1906, Edwin graduated from high school with a scholarship to the University of Chicago, handed to the tireless learner by the school principal. Edwin needed to support himself through college and so he took summer jobs, tutored on the side, and worked as a laboratory assistant in his junior year. In the year 1910, Hubble obtained a degree in Mathematics and Astronomy.

Nevertheless, in accordance with his father’s wishes, Edwin took up Roman and English Law when he was granted a Rhodes scholarship to Oxford. There, he also took courses in Spanish and Literature and returned to the United States in 1913. Upon passing the bar in Kentucky, he practiced law for a year, albeit half-heartedly.

In the autumn of 1913, Edwin Hubble was hired as a teacher by the New Albany High School in Indiana, where he taught Mathematics, Physics, Spanish, and coached the basketball team. By the end of term, Edwin decided to pursue astronomy and entered graduate school fully intent on pursuing the field that interested him the most. His passion for astronomy, which drove him to keep working hard throughout the course of his illustrious career, was evident in this statement: “I knew that even if I were second or third rate, it was astronomy that mattered."

Edwin Hubble started pursuing a Ph.D. in Astronomy in 1914 at the University of Chicago. He was given the opportunity to work at the Mount Wilson Observatory in California, but he turned down the invitation in 1917 when he enlisted. Hubble was shipped off to France to fight in the First World War. Hubble served in the infantry until 1919. He was discharged with the rank of Major. Upon reaching Stateside, he immediately headed to Pasadena still wearing his officer's uniform. The founder of the Mount Wilson Observatory, George Ellery Hale, who invited Hubble to join the staff in 1917, welcomed him. It was a fortuitous time for astrophysics. A new discipline was emerging and Mount Wilson Observatory and the Hooker Telescope were at the heart of it. This new study was later called cosmology, a field that will forever be attached to Hubble’s name, though he would not have known it when he finally had the opportunity to devote himself to his first passion –astronomy.

Edwin Hubble was one of the most talented and keen observational cosmologist of the past century. His studies of the universe established the tenets of extragalactic astronomy. He also provided evidence that what scientists referred to as “nebulae” were in fact other galaxies, similar to the Milky Way, our home galaxy. In the 18th century, the German-British astronomer and composer Sir William Herschel (who discovered the planet Uranus) proposed that there was more to the Universe than the Milky Way. However, the belief that was embraced by a majority of scientists up until Hubble’s time was that the “nebulae” observed through telescopes were delegated as patches of gas and dust in relative proximity to the Milky Way.

Hubble was also a staunch supporter of the theory that space was expanding, based on the idea first presented Vesto Slipher, another American astronomer who interpreted the Doppler shift observed by scientists as a manifestation of the metric expansion of space. Hubble’s discovery of a non-static Universe also provided support to Albert Einstein’s original equations, which suggested that the Universe was expanding. However, Einstein changed his equations to follow convention, and only acknowledged what he called “the greatest blunder of my life” by restoring the equations in the wake of Edwin Hubble’s discovery.

Edwin Hubble did most of his work at the Mount Wilson Observatory from 1919 until 1942, when he served in the Second World War. In 1946, he went back to Mount Wilson after receiving the Medal of Merit for courage in battle. In his career, Hubble was involved in another telescope, the Hale 200-inch telescope, which was built on Mount Palomar, which became the largest telescope on the planet for many years hence. For his important contributions in the construction and design of the observatory in Palomar Mountain, Hubble was the first person to use the telescope when it became operational in the year 1949.

Young science students today are usually introduced to Hubble with “Hubble’s Law” which implies that the universe is expanding from observations about increase in the recessional velocity of a galaxy with its distance from the Milky Way. In 1929, Hubble established this observation by classifying and measuring nebulae based on the light they emitted and concluded that all the galaxies observed were receding from the Milky Way and their velocities increased proportionally with their distance from us.

In 1923, while under the Hooker telescope, the most powerful telescope on Earth at that time, Hubble discovered a Cepheid star in the M31 “nebula” which is located in the Andromeda constellation. Using a method that was applied by his chief rival --- Shapley in measuring the dimensions of the Milky Way galaxy, Hubble established that the M31 was at a distance of a million light years from the Milky Way. The finding did not support the popular belief that M31 was a nearby “nebula.” Hubble argued that M31 was a galaxy far beyond the Milky Way and as such contains millions of stars, and there are other stellar systems or “island universes” similar to the Milky Way. Edwin Hubble discovered the Cosmos and managed to overturn the view of a static Universe. This discovery changed astronomy forever.

The Hubble Constant and an Expanding Universe

The idea of the universe is expanding at a calculable rate was first derived from general relativity equations in 1922 by the Russian physicist Alexander Friedmann, which showed that the universe might expand, and presenting the expansion speed if that were the case. Then a Belgian Catholic priest, mathematician, and astronomer named Georges Lemaître, in a 1927 article, independently derived that the universe might be expanding, observed the proportionality between recessional velocity of, and distance to, distant bodies, and gave an estimated value for the proportionality constant. This constant, when Edwin Hubble confirmed the existence of the expansion of the universe and determined a more accurate value for it, came to be known by his name as the Hubble constant. Hubble’s law is the observation that galaxies are moving away from the Earth at speeds proportional to their distance - the further they are the faster they are moving away from Earth.

Edwin Hubble died in 1953. He sought the Nobel Prize during his lifetime, but failed to attain it, since the much-coveted prize did not grant awards for the field of astronomy. Nevertheless, Hubble was given an honor far beyond his aspirations when the first major telescope launched in space was named after him. The 24,500-pound Hubble Space Telescope (HST) was deployed in April 1990. It was a feat considered as the second most important advance in astronomy after Galileo’s invention of the telescope. The Hubble Telescope is the only telescope that is designed specifically to be serviced by astronauts by taking a spacewalk.

Today, the HST orbits the planet in low circular Earth orbit at 17,500 mph and takes clear, high-resolution photos of planets, stars, galaxies, and other objects in space without the haze of the atmosphere. Since 1990, the HST has completed more than one million observations and observed around 38,000 celestial objects, a feat that is unequalled by other telescopes of its kind. More than 40,000 astronomers from different countries around the globe make use of the Hubble Telescope and its 2.4-meter (7.9 ft) mirror in their own explorations of the Universe. Like Edwin Hubble before them, they seek to discover new things and make important contributions to the wealth of knowledge about the solar system, the Milky Way, and the vast Universe that we live in. One of the key discoveries made with the HST is the determination of the exact rate of the expansion of the Universe, confirming Edwin Hubble’s breakthrough discovery in 1923.

The Hubble Telescope has a verified Twitter account (@HUBBLE_space), which is maintained by NASA’s Goddard Space Flight Center. Videos and photos are regularly posted, and posts announcements for Hangouts and other online activities where followers can participate, discuss and ask questions about the cosmos. Through the telescope named in his honor, Edwin Hubble’s contributions to science continue on to future generations.