Katie graduated with both a BA in Chemistry from BYU and a BA in Spanish from UVU in 2016. She will graduate from medical school in 2020.

The first people to inhabit Equatorial Guinea were Pygmies, indigenous people of Central Africa whose men were usually less than 4’ 11” (150 cm) tall. They were joined in the 17th-19th century by Bantu peoples from the area that stretches from the south and east of Central Africa to South Africa. And, in the 18th and 19th centuries, the Igbo of Nigeria expanded the Aro Confederacy by settling slave traders and small settlements in what is known as Equatorial Guinea today.

Fernão de Pó, a Portuguese explorer, is credited as being the first European to discover Equatorial Guinea. He landed on the island of Bioko in 1472 and named it “Formosa,” which translates to beautiful. Portugal colonized it in 1474 and renamed the island Fernando Po, after its discoverer.

Equatorial Guinea and Fermosa or Bioko 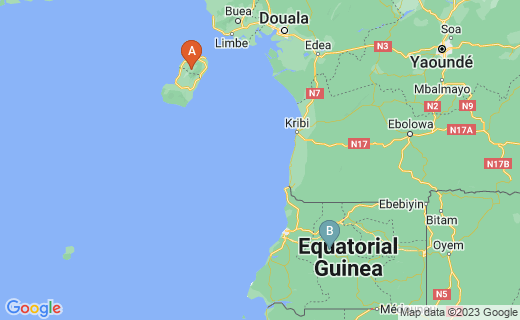 This island has been known as Bioko, Fermosa, and Fernando Po.

The Treaties of Equatorial Guinea

In 1778, the Treaty of El Pardo was signed between Queen Maria I of Portugal and King Charles III of Spain. This agreement sought to resolve long standing disputes over the non-observance of the terms of the Treaty of Tordesillas.

The Treaty of Tordesillas was drawn up between Spain and Portugal to deal with the findings of Christopher Columbus. Columbus had sailed from Spain, but landed in Portugal and asked for an audience with King John II of Portugal to discuss his findings between finding the Americas and returning home to Spain. Simply put, the Treaty of Tordesillas divided the newly discovered lands between Spain and Portugal.

However, as previously mentioned, this agreement wasn’t always honored. In particular, Portuguese advances into southern Brazil, Paraguay and Uruguay as well as into South Africa, continued to cause disputes. And finally, in 1778, the Treaty of El Pardo was signed to resolve these disputes. As part of the treaty, the islands of Annobón and Bioko, as well as the Guinea coast, were ceded to Spain. This was strategic for Spain, as they intended to gain access to British slave trading that was occurring in this area.

The French's Say on Equatorial Guinea

The United Kingdom had a base that opposed slave trading on Bioko from 1827 to 1843. In 1843, Spain convinced the United Kingdom to move the post to Sierra Leon. Unfortunately for the Spaniards, the French had begun to encroach upon some of the land in Africa that Spain claimed. In 1900, the French and the Spaniards signed the Treaty of Paris, leaving Spain 26,000 km2 of the 300,000 km2 they had originally claimed. 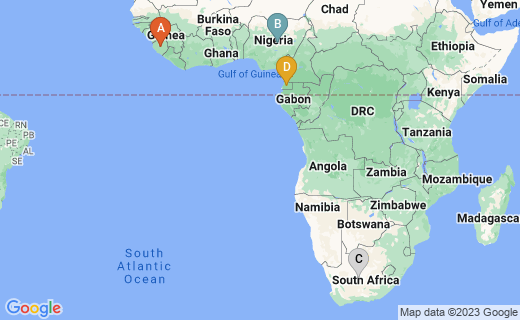 As the twentieth century dawned, the plantations initially settled by Fernando Po were in the hands of a black Creole elite. The British had settled some 2,000 Sierra Leoneans and freed slaves during their brief rule of the area. A number of political and criminal deportees were added to this group. Reforms in 1904 and 1905 put these people on the defensive as Spanish immigrants moved to the area. However, by the First World War, 9/10 of the population were Protestant and spoke English.

This time saw a chronic labor shortage. The indigenous people of Bioko were struggling with alcoholism, venereal disease, and smallpox and refused to work on the plantations. They were protected from this back-breaking work by Spanish missionaries. Two small insurrections of the Bubi people, the indigenous people of the island of Bioko, left them disarmed and dependent on these missionaries by 1917.

To deal with the shortage of workers, Liberian workers were transported into Equatorial Guinea, as permitted by a treaty signed with the Republic of Liberia in 1914. Estimates say that 15,000 workers were brought in. This practice ended in 1930 when an International Labor Organization discovered that the practices being employed surrounding these workers were practically slavery.

Bioko and Rio Muni were united as the colony of Spanish Guinea. In order to combat the renewed labor shortage caused by the loss of the Liberian workers, workers from Nigeria were brought in. By 1942, there were 20,000 workers in the area and by 1968 there were 100,000 Nigerians in Spanish Guinea. Unfortunately for the little colony, escape into Cameroun or Gabon was easy, and the labor shortage continued to be a problem. In 1942, the United Kingdom made it legal to smuggle workers from Calabar, Nigeria. This change allowed Fernando Po’s island to become one of Africa’s most productive agricultural areas after the Second World War.

From the Spanish Civil War to Equatorial Guinea's Independence

During the Spanish Civil War, on September 19, 1936, the Nationalist revolutionaries over took Bioko. They took over the rest of the colony on October 14. Once the Nationalists took power, Spanish Guinea received provincial status. The first elections were held and the first representatives were seated in the Spanish Parliament in 1959. During this time, the colony’s name was changed to Equatorial Guinea. Equatorial Guinea was granted its independence in 1968. Francisco Macías Nguema was elected president.