Every Word Tells a Story 1 - Atoms, Assassins and Asteroids

There are over 1.5 million words in the English language and it grows every day. Due to the ubiquity of English speaking people and the colonial influences, the language thrives by freely borrowing and adapting words from other languages. English words can take their origins not only from the traditional Greek, Latin, French and Spanish roots but also from diverse languages such as Arabic, Tamil, Polynesian, Native American and a multitude of other languages.

A child of 12 may carry a vocabulary of over 10,000 due to the steep learning that takes place at this age. As we get older, our vocabulary plateaus out. An average adult may only have around 25000 words in their possession unless they are professionals or have a passion for learning new words. Pursuing a profession further escalates the number of words in one’s vocabulary to 40,000. Professionals will have to learn a lot of new technical terminology as in computing, science, medicine, law etc. thus expanding their repertoire.

The reason that one's vocabulary hits a plateau, is because we stop being curious about words. Words are magical, they tell stories of distant lands, adventures and thoughts from different cultures, religions and belief systems. They offer an insight into bygone times and have rich history and a window to the civilisation.

I’ve always been curious about words and how they came into be. Sometimes the backstory may be dire, but more often you hit a jackpot. There are curiosities and wonders, mysteries and magic, mirth and mayhem in how these words came to be. They tell tales of hard work and discovery, selflessness and sacrifice, war and peace, and journeys to long forgotten lands. We will learn History and Geography, Medicine and Mathematics, Science and Technology, Religion and Philosophy just by knowing some of the word stories.

In my quest to understand English words and to remember them I’ve come across many stories. I am going to share some with you... Hope it educates and entertains, or at the very least, makes you more curious about the words you use.

In learning these stories and their component ‘roots’, your vocabulary will expand and will be enhanced. As you may already know, the brain best remembers when a word has a back-story rather than memorise it by rote.

Long before John Dalton , English natural philosopher and scientific instructor, devised the atomic theory in 1803, the concept of the Atom has been discussed in ancient India in 600 BC. The Jain monks postulated that complex matter is made up of more simple units. The learning then travelled to Greece where in 450 BC, Leucippus who was a disciple of Democritus, coined the word for these units as ‘that which cannot be cut or sliced (further) – atomos ( Greek - ἄτομος ). ‘A; being a negative prefix and ‘tomos’ ( temnein- to cut open) meaning cut or slice.

The ‘Tomos’ from atom also puts in appearances in Anatomy ( ana: to separate from and ‘Temnein’ to cut open) the study of internal structured by cutting bodies open.

Some of you may have had a CT scan. This is an abbreviation of Computerised Tomographic Scan. And yes you guessed it right, it’s our old friend ‘Tomos’ to slice or cut that contributes to the ‘Tomography’ as it literally means pictures of slices! The CT Scan does show you sliced up sections of various organs.

If you really want to go out on a limb, I wonder if the ‘Tomohawk’ represents something to cut you open.

But I’ll stop while I am ahead.

You all know that the anaconda is a massive snake that could swallow its prey whole and is capable of stretching its mouth so wide by dislocating its own jawbone . It first wraps itself around the said prey and slowly squeezes the life out of it. Charming!

The Etymological origin of Anaconda is fascinating. Many scholars believe that this comes from Sinhalese or South Indian origins. In Tamil ( an indigenous language from South Indian state Tamil Nadu) - Aanai means elephant and kondran means killer. In Sinhalese Hena kandaya may refer to an extinct species of boa constrictor that used to crush baby elephants to death.

Now how did a Sinhalese or Tamil name travel to South America where the snake is indigenous to Brazil, Bolivia, Ecuador and Peru – generally inhabiting the Andes and the Amazon Jungle.

The secret may be the Portuguese.

Portugal colonised some parts of the West coast of India and Srilanka long before the East India company got therein the 16th century. In fact Goa , a famous holiday resort on the same coasts boasts several Portuguese churches and the native cuisine is heavily influenced by Portuguese flavours. In fact, India only got chilli peppers from the Portuguese who brought it over from the Americas and planted them in South India. Prior to that Indian cuisine relied heavily on the indigenous black pepper for heat and spice.

There were a lot of Tamils from India who used to live and work in the plantations in Sri Lanka. Some Etymologists and Historians believe that the Portuguese may have transported some locals over to their new colonies in South America as labourers. The latter may have spotted the snake and thought it bore resemblances to their native elephant killer snake and would have taken that name from their own workers rather than from the natives. Hence, Aana- Kondran became Anaconda.

The word that describes the ruthless slaying of a powerful figure by a secret killer trained in those arts, takes it origin from the Arabic 'Hash shashin’. To get the origins you need to travel back to the Crusades: the harsh realities of religious warfare in the desert heat of the middle eastern lands. The sandstorms, the mountain passes of Iran and Iraq.

This word originally referred to the Nizari branch of Ismaili Shia who occupied many castles in the Alamut region of Iran during the middle ages. They enhanced their political machinations by ruthless assassinations of key Muslim figures and Christian Crusader elite.

The word takes its origin from Hashish – a paste like substance produced from Cannabis resin – and smoked in a hookah or a clay pipe. It is believed that the killers were under the influence of Hashish when they carried out their ruthless slayings – this kept them free of guilt or remorse . Hence ‘ Hash shashin’ become Assassin and now is a universal term for killer of a high ranking political figure.

Who would’ve thought that this acrid smelling gas owes its name to the shadowy Egyptian God Amun- Ra or Ammon. This key figure in Egyptian theology, he ruled the roost for many centuries, attracting millions of followers and encasing ancient Egypt in a complex universe of deities. Ammon was self created, and existed outside the pantheon of Egyptian Gods – he became so powerful at one stage to the point that he alone was worshipped as the supreme God and all other Gods became mere manifestations of him.

Now what has Ammon got to do with Ammonia? To this we need to go to Ancient Rome. The Romans ( much like the British later) were canny colonialists. They spread far and wide not only with their disciplined military might, their understanding of politics and diplomacy but also by freely adapting Pagan Gods and local mythology to their own end.

When they conquered Libya, Ammon quickly became Jupiter , a supreme Roman Deity and even took on the twin horns of a Ram appearance. They built a temple for Jupiter-Ammon in ancient Libya.

Near the temple they found natural deposits of a salt that they called ‘ Sal Ammoniacus’ due to its proximity to the Temple of Ammon. This salt was in fact ammonium chloride and was able to produce ammonia. The salt became important to Chemists during the middle ages, obsessed with alchemy and the transmutation of base metals into Gold using Mercury.

While this quest may have been futile, it created so many inventions and discoveries along the way and saw the birth of Chemistry from the middle ages to the modern times.

Despite all the modernisation, the name ‘Sal Ammoniacus’ stuck and hence, Ammonia.

No, this is not a celebration James Cameron’s billion dollar movie mammoth. This is merely a meditation of how and where the word avatar originated . In modern parlance it means ones ‘online- appearance’ or’ digital –incarnation’ .

The word actually comes from Sanskrit, the ancient language of India and Hinduism. In Hindu mythology the holy trinity is made of three deities, Shiva, Vishnu and Brahma ( the Destroyer, Protector and Creator respectively). Vishnu , throughout the ages of humanity, takes several incarnations to help humanity and other deities . In fact, in Bhagavad- Gita the sacred Hindu test, Vishnu in his avatar as Krishna says to the warrior prince Arjun.

For the protection of the good and for the destruction of evil,

and for the establishment of righteousness,

I come into being age after age’

This is an oft quoted Sankrit hymn from the Gita. It is powerful and creates an aura of safety that Vishnu will always be there to protect us. This concept of God in flesh or incarnation, is called Avatar.

It soon became adapted to versions of oneself online or in the case of the Cameron film, using a genetically engineered host body to transport oneself into. Who would’ve thought a Sanskrit word would travel so far.

And I will finish this hub (I hope I could do justice to all the letters of the alphabet this way- finding words with intriguing stories- an ambitious aim).

You may already know the root ‘Aster ’ means star. This combines with other roots to give us many words. Astronomy ( a study of labelling and naming stars in its inception), Astrology ( a study of stars and their movements) , Asterisk ( a little star!) ( this also the name of the famous French comic book character created by Goscinny and Uderzo .- Asterix ), Asteroids ( which means ‘star-like’ ). Even the beautiful ‘Aster’ flower is named so because it looks like a star.

But I wonder if you have considered the word Disaster . This also literally means ‘bad –star’( Dis- Aster) . The ancients believed that natural calamities are set upon humanity by the bad alignment of constellations and influencing our fate. This belief still exists in modern day as we study star signs to predict our daily fortunes!

I will sign off now, ardent and assiduous readers, because my ambivalent astrological advancement tells me that if I sit any more in front of my advanced abacus (PC!) without ambulating to accomplish my other tasks, I may be risking assassination!

Where will our quest take us next, I wonder.

Thank you for your kind attention.

Please Leave comments and suggestions and share with others if you liked what you have read. 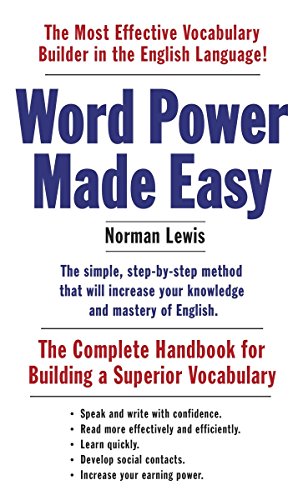