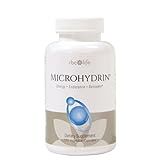 Apoptosis is like what happens in the tail of a lizard that dries up. (You might not have seen such a tail but this is only an analogy.) The drying up is not a disease but in preparation of replacement. In place of the dried up part is a new tail part that is initiated by tissue factor. If the dried up part had an injury, that injury is thrown away when the new growth of tail gets into position. The new tail is a healthy one.

Apoptosis is different from cell death that is owing to an injury accompanied by "cellular and nuclear swelling and inflammation."

In other words, "the same person" named James Person, now aged 20 is different from the James Person when he was aged 15 years. The reason is that all his body parts had replaced themselves, except his nerves, brain, and cardiovascular system.

Back to heart disease that means “coronary heart disease” (Ornish, D., MD. Dr. Dean Ornish’s Program for Reversing Heart Disease, 1996). It is different from rheumatic heart, or arrhythmia, or heart failure, or inborn hole in the heart. Delivering blood to heart muscles is the role of coronary arteries, so-called because they wrap around the heart like a crown. The right coronary artery supplies blood to the right side. The left anterior descending artery feeds blood to the front side. The circumflex coronary artery supplies its back.

Started by free radicals, blockage develops in heart arteries. A blockage of less than 50 percent of the diameter of a major heart artery may still allow a normal flow of blood. However, when the blockage had grown over 50 percent to about 75 percent symptoms are felt like chest pain upon exertion, called angina pectoris.

The predominant methods to correct heart disease are medications, angioplasty and coronary bypass surgery. Medications may consist of drugs: vasodilators that dilate arteries; calcium channel blocker that slow the entry of calcium into cells; beta blocker that competes with adrenaline for cell receptors; blood thinner that prevents aggregation of blood into clot; cholesterol-lowering drugs that reduce cholesterol level in the blood.

Angioplasty involves the use of thin plastic balloon inserted into an artery with a plaque and inflated to widen the narrowed artery then withdrawn; sometimes a stent (thin wire prop) is left behind. There is some risk in angioplasty. A second team is always on hand that will perform a bypass surgery in case the angioplasty operation goes awry.

Bypass surgery involves sewing in a vein (saphenous, from the leg) on the artery on the point before a plaque, bypassing the plaque, and sewing it again on the artery after the plaque. The breast is opened and the breast bone is cut to get to the heart.

There is an operative mortality rate of 2 to 5 percent of bypass surgery. “Contrary to claims of cardiovascular surgeons, bypass surgery does nothing to improve the outlook for survival, according to the Harvard report” (Cranton, E., MD. and A. Brecher. Bypassing Bypass. 1984:136).

Considered as last resort is heart transplant. It must be done within 6 hours or else the replacement heart dies. There is also a risk of rejection on the part of the recipient and on the part of the replacement heart. “About 80 percent of people who receive a heart transplant today survive for 5 years, but the procedure is not without serious risks” (Clayman, C., editor. Your Heart. 1989: 96-97). The heart of a pig is considered suitable for use to replace human heart. However, there is a risk of viral infection because the pig is a host to virus.

How about artificial heart? “All patients who have received an artificial heart have died, mostly from strokes, kidney failure, internal bleeding, and infection” (Clayman, D., editor. Your Heart. 1989:107).

Dr. Dean Ornish has come up with a program that he claims reverses heart disease without the use of drugs. Some of the features are change in lifestyle, exercise, maintenance and reversal diets, meditation and group support (Ornish, D., MD. Dr. Dean Ornish’s Program for Reversing Heart Disease. 1996). He reported a reduction by eight percent of blockage in four years.

Oral chelators consist of natural ingredients, antioxidants that also chelate blockage, like vitamins A, C, and E. They bind and remove plaque, effective when the blockage is less than 50 percent of the diameter of the artery (Walker, M., M.P.D. The Miracle Healing Power of Chelation Therapy. 1984).

Another technology for use in curing heart disease is infusion chelation therapy consisting of minerals, vitamins mixed with EDTA (ethylene diamine tetra acetate), a synthetic amino acid. Early on, EDTA was used to remedy lead poisoning, up until now. It has been found to work for the cardiovascular system as well. It works within the framework of free radical theories of diseases. It erodes plaque, administered in sessions at 125 ml per session. A chelationist in the Philippines administers 30 to 60 sessions depending on the severity of occlusion. A victim of myocardial ischemia (who has angina pectoris or who had a first or second heart attack) is administered 60 sessions on the average. The patient comes back in good health condition.

This Huber has completed 34 sessions as of January 13,2012. He was diagnosed as a "good candidate of bypass surgery" in 2002 by a conventional cardiologist. From being hypertensive, suffering from occasional angina, general weakness and diagnosed as high risk at the start of infusion chelation therapy (January 2009), Dr. Arturo V. Estuita, MD his chelationist has assessed that: (1) he is no longer considered high risk, (2) his hypertension is controlled, (3) angina under normal environment (except of course, in extreme stress and fatigue) is controlled, and (4) probability of being struck by heart attack is eliminated. He is now on the maintenance program of infusion chelation, meaning one session every three months. In the treatment program he had to go for three sessions in one week. Financial considerations stretched his treatment schedule.

The conventional cardiologist had estimated that he had a 75% occlusion of at least one heart artery. Dr. Estuita has estimated that at least 30% of that occlusion had been eroded by infusion chelation therapy; therefore, he still has some 40% occlusion. This can be further cut down with more chelation sessions up to 60 sessions in all. However, theory says that blood flow is still normal if the occlusion is 50% of the diameter of the artery.

In vogue now is oral chelation therapy with EDTA. However, Dr. Estuita says infusion chelation therapy is better because it insures that the chelation solution goes direct to the arteries where the occlusions are. EDTA taken orally passes through the stomach and small intestines where absorption may be impaired, or the chelator may be partially destroyed. EDTA is a synthetic amino acid and the small intestine is very selective as to absorption. For example, if glutathione were ingested, it will be broken down into its free amino acid components, absorbed and reconstituted by the body. In fact, supplementary superoxide dismutase (SOD), the enzyme that catches the free radical superoxide, taken orally is largely destroyed by the hydrochoric acid of the stomach. It is better that the body makes its own SOD from nutrition or food.

Chelation is an affair between EDTA and minerals that can become components of a plaque like calcium apatite (different from calcium ion) that serves as the cementing agent. EDTA has six "claws" as it were, that pinch on the mineral and moves it out of the body through the liver. EDTA removes copper and iron that catalyze the formation of, respectively, alkoxy radical and hydroxyl, potent reactive oxygen species. Copper and iron are leaked by the inside wall of the artery that has an injury like atheroma, that attracts components resulting in plague (Cranton, E. MD and A. Brecher. Bypassing Bypass. 1984).

Some side benefits from chelation therapy are control of hypertension, stroke, and diabetes types I and II. End of new entries.

Some chelationists in America have established the American Academy of Medical Preventics (Cranton, E. MD and A. Brecher. Bypassing Bypass. 1984:106). A subsequent association, American College for Advancement in Medicine (ACAM) was organized (Brecher, H. and A. Brecher. Forty Something Forever. 1997).

For example, hematopoietic stem cells from the cord blood or placenta can be grown to replace cancerous blood called leukemia.

The unipotent stem cell is specialized in producing and growing one kind of cell.

Originating from the bone marrow, the endothelium progenitor cells (EPC), stem-cell-like cells circulating in the blood, repair the inside wall of an artery (Moreno, O.R. et al. “Promoting Mechanisms of Vascular Health.” Journal of the American College of Cardiology. 2009. vol. 53, 25:2315).

But it takes a long time for such repair to occur, if at all, in the lifetime of an old patient. This could be the reason why Dr. Cranton said that the full benefit of chelation therapy comes about 90 days after completion of infusion chelation therapy. Dr. Arturo V. Estuita, my chelationist in the Philippines, recommends a maintenance chelation therapy of once every three months, partly to delay aging.

It should be ensured that the hematopoietic cell to grow is free from free radical damage, especially its chromosomes. It should not have been pre-aged, according to Doug Wallace, Director of Center for Molecular and Mitochondrial Medicine and Genetics (Bellomo, M., The Stem Cell Divide. 2006:184-95). Damaged chromosomes may result in mutation and new organs may show up with tumor or cancer. Dolly, the cloned sheep, might have been grown from an old stem cell that is why it did not live long, said Wallace.

A few steps more should be taken to understand the genetics of the mitochondria. Meanwhile we can make do with the heredity that comes from the mother, and from the heredity contributed by both the mother and father through the chromosomes in the nucleus.

The Institutes of Health of the USA conducted a double blind randomized with control study called "Trials to Assess Chelation Therapy" (TACT). It was launched in 2002; it ended in March 2011. Results were presented at a meeting of the American Heart Association held in Los Angeles, California on November 4,2012. I discuss this study in my Hub "USA (Institutes of Helath) Has Announced Chelation Therapy as Safe and Effective." TACT costs $30 million.

Hubs on chelation therapy by conradofontanilla