Fingerprinting became a familiar police procedure in popular Sherlock Holmes novels that began as serials in the Strand magazine in the late 1800s.

This phenomenon may have built enough interest in forensics that London law enforcement increased its research and development in this area of forensics. Egyptians in 3,000 BC, 5,000+ plus years ago, used them as business ID, just as some financial entities today insist --

Thus, the use of fingerprints comes full circle.

Dr. David Hothersall has taught two enlightening undergraduate classes and the most innovative instructor in the MidWest. One class was an advanced introduction to psychology in which stereotypes of all types were broken. This echoed the values of astounding K-12 teachers that taught respect for people as individuals and not class, ethnic, or personality types.

Note: Dr. Hothersall's daughter likely invented the slang term “peep” when she was 3 or 5 in the late 1960s. She told him that if more than one is "people", then just one must be a peep, singular.

An advanced class is the history of psychology, drawing upon social sciences overall, even forensics and biometric measures of the past that led up to the high-tech investigative methods of the latter 20th Century. Airborne “humors” responsible for personalities, illnesses, and crime were an early part of these biometrics. They were discarded for head shapes and phrenology, more advanced and complex, yet inaccurate. Attorney-author Erle Stanley Gardner himself followed some of the skull characteristics as lending themselves toward ID-ing criminals in his early work (see below). The wide series of anthropomorphic measures of the Frenchman Bertillon were a step up, a step beyond the “three body types” that actually became a later theory (thin, medium, fat, to be simple), yet these measurements were inadequate and replaced by New Scotland Yard in 1901 (see below) by a fingerprinting system developed as an objective means to match individual criminals with their unique fingerprints left at the scene of the crime..Just as Dr. Hothersall has been innovative and objective, so have been New Scotland Yard and the science of fingerprinting within its authority.

Forensics, fingerprinting, and DNA evidence protocols as they stand and develop in the 21st Century owe much to Scottish and English scientists and physicians and to New Scotland Yard in London. Modern fingerprinting was postulated earlier, but began as a police procedure from 1892, the more advanced Henry System adopted in 1901. Spurred by – of all things - popular literature, it developed further into DNA evidence and today's popular television series CSI, which is a sci-fi level of actual investigative techniques and materials – and the police are catching up with the show!

Fingerprints Are Not the Final Solution

Fingerprints are vital in police and investigative procedures in criminology. Together with DNA evidence, they build a foundation of evidence in a series of crimes, paternity cases, and new situations emerging on a daily basis. Today, even the bacteria your fingers leave on a computer keyboard in a public computing faciltiy or your neighbohood FedEx-Kinko's can be traced. Fingerprints were among the first of these biometric identifiers. See: Criminology - Career and Jobs

Every human being carries with him from his cradle to his grave certain physical marks which do not change their character, and by which he can always be identified - and that without shade of doubt or question.

New Scotland Yard was originally housed in the Victorian Norman Shaw Buildings on the Victoria Embankment, Westminster section of London. It first opened in November 1890, near the Big Ben clock tower of the Palace of Westminster.

In 1967, New Scotland Yard moved to a modern 20-story high-rise at 10 Broadway after 77 years on Victoria Embankment.

One research paper reports that fingerprinting was first used as a police and criminal investigation procedure in 1892 at the first "fingerprint bureau", a police department in Buenos Aries, Argentina that used a bloody fingerprint in a murder case (L. Geddes; Fingerprint evidence to harden up at last; New Scientist; March 22, 2010). Fingerprinting came into useful vogue at New Scotland Yard in 1894.

While fingerprint use in business go back 5,000 years, problems with fingerprint matching in criminal and other investigations began in the USA in 1993. At this time, the Supreme Court ruled that an (margin of) error factor be reported with fingerprint reports. In 2004, the FBI incorrectly reported that a print was a 100% match with a man they felt responsible for bombings in Madrid. In 2004, additional DNA evidence overturned a murder conviction on fingerprint evidence alone circa 1997. In Scotland in 2006, the print of Police Officer Ms. Shirley McKie convicted her of murder erroneously and she was awarded damages of £740,000. In 2008, the US National Academy of Sciences recommended a complete overhaul of forensic science in America. 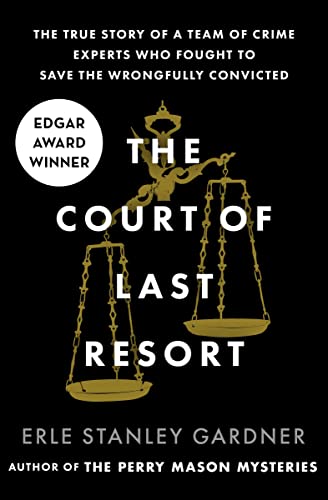 The Court of Last Resort: The True Story of a Team of Crime Experts Who Fought to Save the Wrongfully Convicted
Buy Now

In 1901, 12 years after author Erle Stanley Gardner's birth and 10 years before he entered law practice, the Fingerprint Bureau of New Scotland Yard began its work under new guidelines for fingerprint ID.

Human body measurements used under the Bertillon system at the Yard were applied, but used increasngly infrequently and eventually, lost priority.

The fingerprinting and ID system adopted by the Yard in 1901 was that of Sir Edward Richard Henry, developed from 1896 - 1897.

Lasting until the 1990s, this system was called the Henry System and contained elements of classification, sorting, and best methods for matching one print to another.

Since 1911 to 1970, attorney, criminologist. and author Erle Stanley Gardner advocated for scientific crime solving with the help of honest medical personnel, including experts in biometrics, specifically fingerprinting. He grew weary of paid witnesses that skewed expert testimony in favor of the payor of their fees (Oh, yes! - those prints match!"). In his trial and advocacy work, he befriended scientists, physicians, and early forensics analysts to increase the accuracy of evidence handling and identification of persons.

In the 1940s -1950s, Mr. Gardner presented The Court of Last Resort in Esquire Magazine (later published in book form and presented on film) to educate and seek help of the general public in retrying death row inmates that proved to be innocent. In the research presented above, it seems that past fingerprinting techniques and print matching has not been as accurately as desired in the UK as well as in America. Because of the foundation efforts of Erle Stanley Gardner and the consistent development of biometric methods in the US and UK, The US National and local governments and New Scotland Yardin the 21st Century incorporate updated investigational best practices to ensure not only the prosecution of murderers, burglars and other criminals, but also the continuation of the freedom of the innocent. 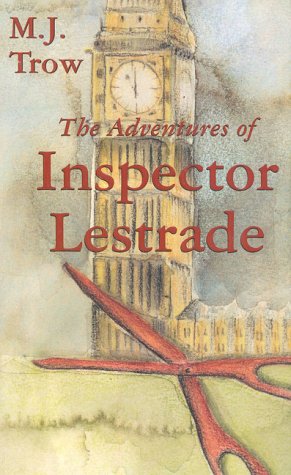 The Scottish Embassy in London

The first comprehensive police force in London was founded September 29, 1829 by Sir Robert Peel, Home Secretary under the Metropolitan Police Act. The location of Metropolitan Police Headquarters would be at 4 Whitehall Place. Some called the officers the New Police.

At 4 Whitehall Place, the building opened up to a courtyard of sorts in the back. Legend has it that the building had once houses the King of Scotland or had been the Scottish Embassy in London. Reportedly, the (new) police department took on the name New Scotland Yard from the provenance of the house and property. Adjacent streets have been reported to have the words "Scotland Yard" on their name plates, as in Great Scotland Yard and a couple of others. Other similar legends emerge from various sources as well.

New Scotland Yard itself reports that the department began using an identification system in 1894, developed by the Frenchman Alphonse Bertillon with numerous measuring devices for different parts of the human body. Fingerprinting was known earlier, although not well used: