Oldest Child Vs. Only Child- How These Two Alpha Birth Orders Are Similar and Different

BOTH PRESSURED TO BE AN ADULT AT AN EARLY AGE

BE THE BEST OR NOTHING

WHEN OLDEST AND ONLY MEET

We Are Both First

Dr. Kevin Leman in his book, THE FIRSTBORN ADVANTAGE, both only and oldest children are considered firstborns and they have characteristics in common such as leadership, being conscientious, high self-confidence being responsible, and organized. Dr. Leman furthermore contended that only children are firstborns magnified. Only children are very perfectionistic because they are their parents' one and only which means that all parental hopes and dreams are placed upon them.

Many oldest children are put upon by their families and often develop a martyr complex. Many oldest children tolerate all types of abuse from their family members; however, they do not speak up because they would be considered "selfish" if they do. There are some oldest children who are very authoritarian and controlling towards their younger siblings. They could be described as control freaks who believe that they know the most and are the only right ones in a relationship.

As an only child, some of my most contentious relationships were that with oldest children. I also lived with an oldest child for years( my mother). Even though I love my mother very much, we often butted heads over such topics such as religion, fashions, lifestyle choices, morality, and a myriad of psychological, sociological, and philosophical issues. Sometimes we would have such intense arguments that we would not speak to each other for weeks at a time.

None of us would concede in an argument as we both wanted to be right at all costs. My father, a lastborn, used to say that my mother and I had too much in common. My father maintained that both of us would argue until forever. My mother is a firstborn child of ten siblings while I am an only child. Sometimes she would win the argument but most of the times, I would win and/or die trying.

I find it stimulating to enter verbal contests with peers and friends who are oldest children because it is a tug of war. No one of us will concede and it is a psychological contest as who is going to win this argument. Even though some of my most contentious relationships were with oldest children, conversely, some of my happiest and long-lasting relationships were with either only and/or oldest children. The average only and oldest child have a maturity, intelligence, and sophistication that a middle and/or youngest child do not have. For the most part, only and oldest children are very adultlike and mature even when they are children and teens. They are often more serious in outlook than middle and/or youngest children.

There are also differences between only and oldest children. Only children are freer to develop their individual personas as there are no siblings to compete with whereas oldest children are often locked into more rigid familial roles because of their birth order. Oldest children tend to be caretakers and put upon while only children are self-sufficient and self-reliant and believe that others should be that way also.

Regarding commonalities, only and oldest children are very assertive and strong individuals who believe that they are the only right ones. Both birth orders are not known for being compromising. Their assertiveness is obvious when they enter any relationship ranging from friendship to familial. Although they can be uncompromising at times, they have more in common than they realize. 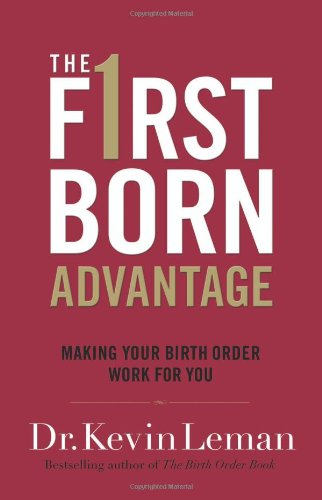 The Firstborn Advantage: Making Your Birth Order Work for You
Buy Now

More Information on the Subject 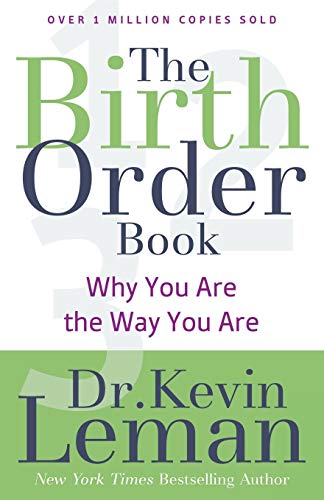 The Birth Order Book: Why You Are The Way You Are
Buy Now