When did it all start?

Meet Bigfoot’s more hardcore cousin, the Fouke Monster or Swamp Stalker of Boggy Creek. Mostly bigfoot sightings are scary because the witness is seeing something that isn’t supposed to be a real thing; the Fouke Monster sightings are scary because he has been reported to actively go after people. The Fouke monster apparently makes an effort to scare people that it comes across and in the past he was reported to actually attack people.

The first documented sightings go back to 1851 with reports in the Memphis Enquirer and another report in 1856 in the Caddo Gazette but there was no name for the creature then. The reports just gave basic details such as tall, hairy and scary. They reported an unknown beast who scared locals and killed livestock disappearing into the wilderness. People in this time were not familiar with every single animal in nature, but they were hunters if they wanted to eat, which means that they had to be familiar with what was out there. They certainly knew what a bear was since they would have hunted them, it doesn't stand to reason they wouldn't be able to tell if the creature scaring them and killing their livestock was a bear.

Though he was in the area for a while the creature didn’t start making big headlines until 1971, when he attacked the home of Elizabeth and Bobby Ford. Before the creature made himself known the Fords had heard things going on around their home but being new to the area, and realizing they lived in a heavily wooded part of the forest, they decided to let it go.

The second night the creature returned late at night and started moving things around and making his presence more known to the household. Thinking the intruder on the property was a local playing a prank, but being cautious, Bobby and his brother went outside the house to investigate with their guns at the ready. They both fired several shots at the creature thinking they had hit it, though no traces of blood were ever found. Bobby and his brother split up to cover more ground to see what they could find of this creature. While split up Bobby’s brother was attacked by the creature receiving scratches on his body and going into a deep shock. Luckily his wounds could be healed at the hospital but his mind took a while longer to heal, the Fords left the area as soon as they could.

Adding credibility to the Ford's tale for those who were there was the evidence of their house being attacked and the three toed footprints found all over the place. After this everyone was on the lookout for the creature unsure where he would strike again, they didn’t have to wait long.

A few months after this the creature started making appearances when people reported it crossing highways and more people would find three toed footprints in the area. In other areas where Bigfoot is sighted it is always five toed footprints that are found. Since records of the creature began it has always been three toed prints and no one is really sure why; a sign of inbreeding perhaps?

For awhile after this the creature received blame for the deaths of dogs and livestock in the area but still no one could catch or kill the creature.

Local radio station KAAY posted a $1,090 bounty on the creature; no one could claim the money. There were several attempts to hunt and kill the creature but every time hunters went after the creature they found the dogs they took with them unable to finish tracking the creature. Hunting dogs are trained to be persistent in tracking down their prey, what could turn a hunting dog away from finishing their job?

The creature was still seen from time to time but something that happened seemed to have taught him a lesson about going after people but unfortunately no one knows what. Never again did anyone report the creature attacked their house or another person.

An elderly home owner on the fringes of town reported one day seeing the creature walking through a field below their home with a smaller version by it's side. Had all the attacks been because the creature was lonely and frustrated with the people invading it's territory? Did it settle down as soon as it found another of it's kind? We'll of course never know the real answer to the question.

The creature did a lot for tourism in the town of Fouke once he hit the headlines so much so the Sheriff got a law passed saying that no one could go out in hunt for the creature with firearms. There were a few instances of people being and almost being hurt by others who mistook them for the creature. Even though he hasn't attacked anyone in a long time it's hard to go in search of something with that reputation without some protection just in case.

It's hard to imagine an entire town in the 1970's got together one night to have a town meeting that they would all come up with the story of this creature to boost tourism. How could they have convinced every single person to not only agree to this story but keep their mouth shut and not blab to the media about it being a lie. Without a doubt some of the stories about the creature were either hoaxed or made up but it's hard to know which could be real or fake. But consider this, since they have been happening for so long doesn't that lend some sort of credibility to the possibility this creature is really out there? 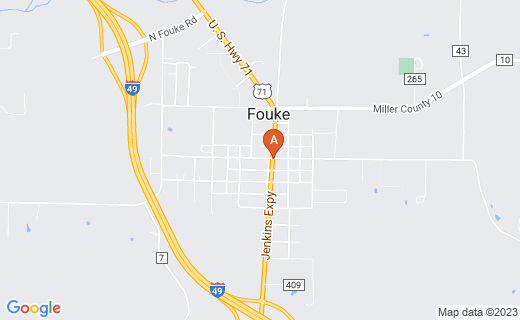 What is the Fouke Monster?