The Covert Affairs of the Corkscrew Plant, Genlisea: A Master of Deception

The carnivorous plants of the genus Genlisea, ofabout 27 species identified so far, belonging to Lentibulariaceae (bladderwort) family,of flowering plants, are probably one of the least known genuses of carnivorous plants. However they are long known to scientists. Genlisea aurea along with four other Genlisea species were discovered in 1833 by the French botanist Auguste de Sainte-Hilaire in Brazil. The range of Genlisea genus is more extensive than that of most other carnivorous plant genera as includes wetlands up to 2500 m altitude in Central and South America, tropical Africa, and Madagascar. The Latin genus name honors Contesse Stéphanie-Félicité du Crest de Saint-Aubin de Genlis, a French writer and educator. The first species discovered were later examined by Charles Darwin who postulated carnivory for this genus in his famous work “Insectivorous Plants”, in 1875. However, at the time as in almost during the 90 years that followed, evidence of this carnivore behaviour was lacking and most of it was speculative, being mostly relied on circumstantial findings of the occasional dead aquatic invertebrate in its leaves. Also, Genlisea aurea produces a thick mass of gel that coats the leaf rosette completely and other Genlisea species have adhesive hairs similar to Pinguicula (butterwort) but no trapped or digested insects were ever found in its tiny green leaves.

The first real evidence came in 1975 only, 100 years after Darwin’s predictions, when British botanist Yolande Heslop-Harrison discovered digestive enzyme activity in Genlisea africana that was later confirmed by other authors. Later, in 1998, Wilhelm Barthlott and his colleagues concluded that Genlisea spp attracts prey chemotactically; that is, it produces chemicals that are maintained at different concentrations in different parts of plant so attract prey to follow them as in a trait. Barthlott and his colleagues also concluded that Genlisea traps its prey in its corkscrew-shaped "lobster pot" traps, or eel-traps, and finally digests them with enzymes produced by the plant, absorbing the remaining nutrients in the end. Thus, this study was the first conclusive evidence that Genlisea was in fact carnivorous as suggested more then a century earlier by Charles Darwin. Darwin was once again right. Why did it take so long then? Well, the truth is that apart from its small size as a plant, the predatory activity of Genlisea occurs underground or underwater only in its nutrient-poor water-saturated terrestrial or aquatic habitat. Therefore, far from our human eyes. In addition, its prey are microscopic, thus much smaller than the normal insects expected and typically found as prey in other carnivorous plants. Thus we had to wait for the advent of microscopic techniques and the combined interest to fully observe the unique and exquisite taste of Genlisea - protozoa, microbial life.

How Does It All Happen?

Genlisea is a perennial rootless, aquatic or semi-aquatic herb that grows from a slender, occasionally branching rhizome, an underground horizontal stem. Genlisea has two types of leaves which grow simultaneously: normal but small foliage green leaves and traps. The small foliage leaves are linear or spathulate, and often grow in a dense cluster (less dense in the larger species), fanning a hemisphere of leaves, or a rosette. So, how does Genlisea catches its prey? The trap is unique as ingenious. The traps are modified underground colourless leaves that have become specialized in trapping, prey digestion and nutrient absorption, thereby unable of photosynthetic activity. The modified leaves are folded and twisted forming a Y-shaped tube with a slit along most of its length. The Y-shaped eel-traps consist of two arms of 3–to 15 cm long joined to at a thin (less than 1 cm) neck, whose other end forms a bulb-shaped digestive chamber known as a vesicle, or utricle. Arranged along the arms and the long neck, are intricate, curved vesicle-pointing hairs that ensure creatures passing through the slit find themselves in a tunnel travelling upwards, but are unable to backtrack to freedom. All they can do is progress is towards the utricle. Other observations have found that the traps of Genlisea hispidula, an African species, have some kind of mucus plug between the utricle and the trap fork. Digestion of prey takes place in the vesicle, where there are numerous digestive glands. Basically, once prey enter the trap they “fooled” to follow a path that ends in the vesicle where they are finally digested. The traps vary in size depending on the species and within the same plant. Shorter traps are confined to near the soil surface, while much larger ones penetrate deeply into the soil. This is thought as an adaption and specialization to trap species of different size dependent on the available species in the environment. The traps usually hang in an inverted position with the arms reaching downward.

Although some organisms are chemotactically attracted and trapped in order to be digested by Genlisea, some researchers have suggested that prey may be attracted, perhaps, because of air trapped in the traps. It has also been observed quite a diverse range of organisms growing inside Genlisea traps as symbionts or commensals, arguing for the prevalence of trophic microsystems in all genera equipped with passive traps, e.g Nepenthes. It has been known that individuals of ciliates Paramecium caudatum are trapped and digested by these plants. But apparently other bigger prey, including animals, have been observed to follow the spiral arm to the trap's mouth - the slit.. These include: bacteria, algae, protozoa, nematodes, copepods, rotifers, annelids, tardigrades (water bears or moss piglets), water spiders, crustaceans and mites. These findings suggest that Genlisea prey depend on the kind of available organisms that are trapped passively. Small soil-borne organisms like bacteria, algae, nematodes, rotifers, annelids, crustaceans and mites are also found in the subterranean eel-traps of rootless Genlisea.

The Tropical Range of Genlisea Plants 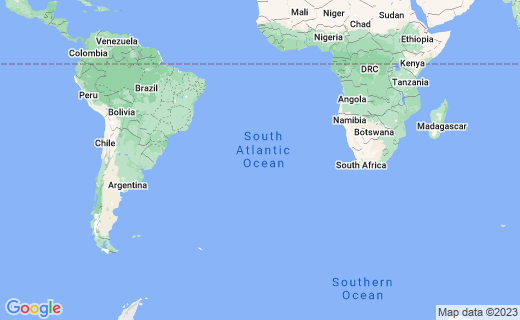 Although mostly small in size, some Genlisea species can reach considerable size, especially when they flower. Genlisea uncinata is one of the largest species in terms of its 1 m tall flowering stem. Some speculate that this plant does most of its photosynthesis in its big flower stalks, when compared with its small leaf rosette. The same happens with other South-American species, e.g. Genlisea aurea, and the fact they flower all year round further supports its photosynthetic role. Due to its inaccessible habitats mostly, some species grow on South America tepuis, while African species grow on dome-like mountains called inselbergs, Genlisea species are not threatened thus far. Therefore, the conservation status of this genus seems fairly safe since the plants grow in habitats that are relatively remote from significant human activity. However, these plants, mostly due our human curiosity on carnivorous plants, are becoming popular pet plants among carnivorous plant fans. And some of them are in fact quite easy to grow. Growers call them "corkscrew plants" from their spiral Y-shape traps, which apparently became their common name in English. On final curious fact about these plants, so far two of Genlisea species have the smallest genome known, which is even more surprising as it is even smaller than the genome of some bacteria. Thus it seems there are more mysteries to unveil about these peculiar yet fascinating plants. Hopefully, we don’t have to wait another 100 years to crack them.

The Microscopic World of Genlisea

You may want to have a look at: