Heracles and the Mares of Diomedes in Greek Mythology

The Labours of Heracles are amongst the most famous of the tales of Ancient Greece, with the 12 tasks allotted to the Greek hero adventure stories of death and danger.

Some of the 12 Labours assigned by King Eurystheus are more famous than others, and whilst the story of the capturing of Cerberus is famous, the task of capturing the Mares of Diomedes is one which is often forgotten about.

It is important to note that, despite sharing the same name, there is no link between this king of Thrace, and the noted Achaean hero Dimoedes who fought at Troy and later went to Italy.

The Labours of Heracles 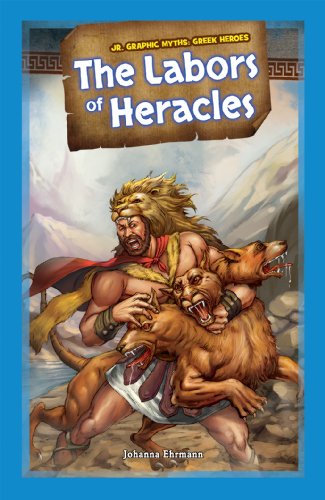 The Mares of Diomedes

The capturing of Diomedes’ mares would be made Heracles’ eighth Labour by King Eurystheus. Unlike the previous task of capturing the Ceryneian Hind, King Eurystheus did not necessarily wish to add the horses to his stable or menagerie, as the king envisioned that in attempting the task Heracles would be killed; for the Mares of Diomedes were special, they were man-eaters.

Ancient writers would normally state that there were four horses belonging to Diomedes, with the Roman poet Hyginus naming them as Deinos, Lampon, Podagros and Xanthos in Fabulae.

The reason for the mares like of human flesh came about because Diomedes would feed the mares with the bodies of unwary travellers who had passed into the king’s domain.

King Eurystheus though was not simply relying on the ferocious nature of the four mares of Diomedes to do away with Heracles, and the king hoped that in attempting the Labour, Heracles would anger Ares, the father of Diomedes.

Heracles and the Mares of Diomedes

Diomedes Devoured by his Horses

Having already overcome so much in undertaking penance in the court of King Eurystheus, the thought of a trip to Thrace did not greatly worry Heracles; and so the hero, with a small band of companions, set sail for the land of Diomedes.

The arrival of Heracles in Thrace was totally unexpected, and the Greek hero found that the Mares of Diomedes were guarded by only a handful of guards; and these guards quickly fled when they were faced by the son of Zeus.

The eighth Labour was looking to be the easiest of all the tasks set by King Eurystheus, for Heracles soon had the mares tethered together, and despite the power of the horses, Heracles was soon leading them back to his ship.

The guards who had previously fled though, had managed to raise the alarm, and leading the horses was slowing Heracles down, thus, King Diomedes and his army were soon between Heracles and his boat.

Despite the overwhelming numbers facing him, Heracles was not overawed, and the Greek hero handed over the mares’ reigns to one of his companions, a youth named Abderos.

Heracles took up his weapons and headed straight into the heart of the army of Diomedes. Many soldiers were killed by Heracles, and soon Heracles was facing Diomedes himself. Diomedes might have been the son of Ares, but he did not have the strength of prowess of his father, and the king proved no match for Heracles, and was soon put to the sword. The army of Bistones now leaderless quickly fled the battlefield.

Diomedes Devoured by his Horses

A Downside to the Victory

Free to return to his ship, Heracles returned to the four mares, and whilst the horses were where he had left them, there was no sign of Abderos. The mares had been relatively placid when Heracles had held their reigns, but when the horses realised that someone of lesser strength was now in charge of them; they reverted to their man-eating tendencies, and had eaten Abderos.

Grieving for his companion, Heracles would, in an act of remembrance, establish the town of Abdera, a town which would go on to prosper, and become one of the wealthiest in Thrace.

Heracles realised that he could not simply remain in charge of the horses to keep them placid, and so the Greek hero devised a poetic manner to permanently placate them. Heracles would feed the four mares with the flesh of their former master, and once they had consumed Diomedes, the desire for human flesh completely left them.

The Mares of Diomedes back in Greece

Subsequently, the return to the court of King Eurystheus proved an easy one for Heracles and his companions, but when presented with the four mares of Diomedes, Eurystheus were not totally convinced that the horses had totally lost their lust for human flesh. As a result, King Eurystheus ordered Heracles to take them away once more.

Heracles would release the horses into the wild, and the four former mares of Diomedes were said to have made their way to the foothills of Mount Olympus. A line of descendents would then emerge from the original four mares, and although the four mares of Diomedes were said to have been killed by wild animals, their descendents would appear at Troy as the horses owned by many of the noted heroes.