Scandal, murder, affairs, and a love of architecture. Would a castle be complete without them? They would, but they wouldn't be nearly that interesting and romanticized about. Great Barrington might be a small town in the Berkshires on the western end of Massachusetts, and not in some far off old world country, but we have our own haunted castle that comes with colorful stories and a history all its own.

Searles Castle is one of a few of the gilded cottages in the Berksires, but unlike most of the others that are in Lenox or Stockbridge, this one is located in downtown great Barrington. This elaborate manor house, was designed to look like a castle, done in the French-Chateau style. The Manor consists of seven floors including a "dungeon" basement, 36 fireplaces, and 60,000 square feet in floor space total. Searles Castle ground breaking was in 1885 and it was built in 1888, by Mary Hopkins and her husband Edward Searles. Mary Hopkins died in 1891, but Edward Searles maintained the castle until his death in 1920. The Castle sits on 63 acres of Private Land in the downtown area. It is also listed in the National Register of Historic Places.

The Manor had a number of names that it has been called over the years. A few of those are Searles Castle, Searles-Hopkins Estate, The Barrington House, and the Kelloge House.The property itself was left to Mary by her Aunt, who was a Kelloge and who She ran a girls school there on the property for a number of years. Upon her aunts death the property went to Mary, as the surviving Kelloge. Mary Hopkins grew up in Great Barrington, and spent a lot of time on the property as a child. When she inherited it, she came back here with her new second husband Searles to build the Manor House. Where she would die a few years after it was completed. Searles Castle is probably one of the grander of the Berkshires Cottages, and is one of the most stunning in its detail. The Interior design and Architecture of the Manor was done by Architect Edward Searles.

Now that the history is out there, why not move on too the juicy stuff. Murder, affairs, and scandals...Oh My! The scandals start well into the beginning, as Mary Sherwood, Married her first cousin Mark Hopkins Jr. from New York who was a railroad millionaire. Mr. Hopkins was one of the first of four principal investor in the central pacific railroad. Even though he was a congregationalist, the wedding was held in a Presbyterian church on September 22, 1854. The Hopkins had built a mansion on Nob Hill in San Francisco, and construction of this mansion was started in 1875. This mansion later burned to the ground in a fire caused by the 1906 San Francisco earthquake. Mark Hopkins died from health problems on a company train in 1878, and is buried in the Old City Cemetery in Sacramento. The "House" on Nobb Hill was not yet completed, and Mary would later complete it, with the help, as the story goes from Edward Searles. Without a will and no children, his estate passed to Mary. Mary would later adopt her housekeepers son, Timothy Nolan, who became Timothy Hopkins and Mary's Heir. To add to the Scandal on November 7, 1881 Mary married again, to Edward Searles. There was a 22 year age difference and among Mary's assets from her previous marriage, there was 25%ownership of the Central pacific Railroad. Once they were married Mary disinherited Timothy in favor of Searles, which left Edward Searles her only heir. Timothy would later sue Searles and receive a portion of the inheritance but the bulk remained Searles', upon her death in 1891. As the story goes, Searles seduced Mary married the widow for her millions. They worked together for a few years both on Nobb Hill and On Searles Castle (groundbreaking 1885), before they married in 1887. The Property that Searles Castle sits on belonged to Mary's family, The Kelloges, who operated a girls school on the property. After the completion of the Castle, Mary became ill and was bed-ridden. It is said that when Searles designed the Castle he built secret stair cases and tunnels, so that he could carry on his affairs with the chamber-maids while his wife lay dying. It's said that one chamber-maid and Searles poisoned Mary thus leaving Searles a millionaire. It is thought that the chamber-maid died on the property not long after Mary, and that both women haunt it to this day. Mary is buried with Searles in the Searles Mausoleum, in Methuan Ma. Whether the whole torrid affair happened this way, Searles upon Mary's death in 1891 was left with her entire estate holdings in San Francisco, New York, Great Barrington, and Methuan; 21 Million Dollars; and 25%ownership of Central pacific Railroad. After her death Searles was able to continue building larger then life dream homes in Connecticut, Rhode Island, and New Hampshire. You be the judge. Thoughts? opinions?

After Searles August 6,1920 at the Pine Lodge Estate in Methuen Ma, Searles castle was used as and for a few things after. For 30 Years following Searles' death the estate was used as a girls private school. After that it passed through various owners, was used as a storage area and conference center. At one time when it was passing through owners, sometime in the 70's, that an elderly women tried to make it a private residence for a few years, holding parties and trying to make it as grand as it was when it was first built. But she was only there for a few years before she either moved or died. No one really remembers. Since the mid-1980s to present, it has been the home of John Dewey Academy, which is a private school for troubled teens. That was founded by Dr. Thomas E. Bratter in 1985. The Manor is up for sale again by the academy as they are trying to become non-profit, and was put on the market in 2007 for 15 Million Dollars. I know I think that it would make a great Inn, for destination weddings. The bride could quite literally be a princess for the day or weekend, almost every little girls dream.

As of right now it is private property, and to get the photos, I owe my thanks to the Headmaster Ken, who gave me permission to go on the property to take the photos as long as I did not disrupt the students. Due to the type of school and students that attend. It really is a very beautiful property and where you can tell the little details were not spared. Sadly you can not visit and explore this particular building, but you can get a great view of it just on the corner of the street. That is not to say that there are not many historic homes in the area that you visit and explore to your hearts content. I have included several links below that you may find interesting and links to other homes from the gilded age here in the Berkshires. 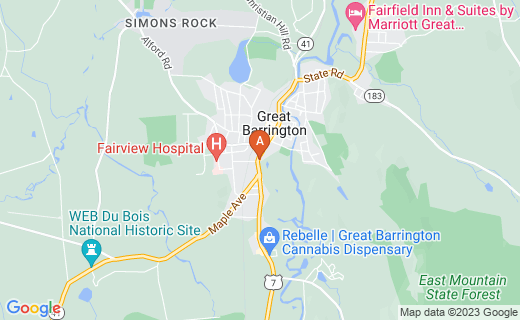 Cast your vote for Searles Castle