Before looking too deeply into the history of psychology a word or two is needed about what psychology is.

According to the Oxford Dictionary of Psychology (Andrew M. Colman, editor, Oxford, 2001) psychology is "The study of the nature, functions and phenomena of behaviour and mental experience."

The etymology of the word is that it comes from the combination of two Greek words, psyche meaning soul or mind, and logos meaning word, discourse or reason.

The English word psychology was first used in the book by Steven Blankaart The Physical Dictionary: Wherein the terms of Anatomy, the names and causes of Diseases, chyrugical Instruments and their Use; are accurately Describ'd , published in 1693.

Wikipedia defines the subject as "the science of mind and behavior."

The Wikipedia article further states that the "immediate goal is to understand humanity by both discovering general principles and exploring specific cases, and its ultimate aim is to benefit society."

Since the dawn of civilisation people have been interested to understand thought and behaviour with the purpose of improving both.

The other aspect of psychology which has been of concern to thinkers is psychological problems and the ways in which people have found it difficult to deal with society and the demands placed on them, for conformity or specific ways of thinking.

The attempted answers to all of the questions that these issues raised for thinkers was usually subsumed under either philosophy or religion. In the west especially thinking about humans and their particular place in nature was the subject of speculation by many of the Greek philosophers.

Since 1879, when psychologist Wilhelm Wundt established the first laboratory to study psychology scientifically, psychology has been seen as a scientific discipline on its own.

Since then psychology has developed in three major streams. These are, with some sub-divisions, psycho-analysis, behaviourism and third-stream or humanistic psychology.

In addition, even within these three broad streams, there is a division between psychology and psychiatry, even though there is considerable overlap.

The afore-mentioned Oxford Dictionary of Psychology defines psychiatry as the "branch of medicine devoted to the diagnosis, classification, treatment and prevention of mental disorders."

Loosely one can say that psychology is focussed on "talk therapy" while psychiatry focusses more on pharmaceutical interventions, though this is not at all "hard-and-fast." Psychiatrists do engage in discussion and talking to their clients, and psychologists do occasionally resort to pharmaceuticals. The Basic Writings of Sigmund Freud (Psychopathology of Everyday Life, the Interpretation of Dreams, and Three Contributions To the Theory of Sex)
Buy Now

Freud and the psychoanalytic approach

While Studies on Hysteria was an important beginning, Freud's theories really began to take shape with his next major work, The Interpretation of Dreams (Die Traumdeutung) , published in 1900, in which he introduced perhaps his most famous and most important contribution to psychology, the concept of the sub-conscious.

Also introduced in this work is Freud's concept of the "Oedipus Complex" which he would develop more fully later, especially in the seminal 1905 work Three Essays on the Theory of Sexuality.

Along with his rather more speculative writings Freud was always involved in helping clients through the practice of psychoanalysis. Indeed all his writings really were treatises on how to help clients deal with psychological issues in their lives.

Psychoanalysis developed as Freud worked with clients and discussed his ideas with a group of people who gathered around him in his hometown of Vienna. This group included another great figure of psychology who would later develop his own rather different ideas, the Swiss Carl Gustav Jung.

As the psychoanalytic approach developed it came to have three main components, which can be summarised as:

In recent years Freud's theories have come under considerable attack. Even some psychoanalysts have rebelled against his theories. Nevertheless his place as the "father" of modern psychotherapy is still secure. Without the theoretical breakthroughs he made modern psychology would be unthinkable. 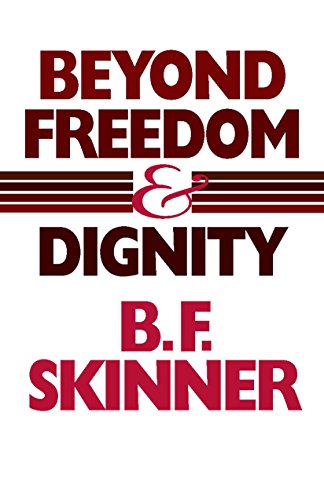 Pavlov and Skinner - the behaviourist approach

Around the same time that Freud was starting out on his journey of observation and deduction another doctor was beginning a study of the behaviour of dogs.

Ivan Pavlov was in fact primarily interested in physiology and was looking into the physiology of reflex actions in dogs when he noticed that the dogs began to salivate before being offered food. He soon connected the salivation to the ringing of a bell, and thus was born the idea of the conditioned reflex - a specific response to a specific stimulus.

Pavlov himself was not necessarily a psychological behaviourist - it took US-based psychologist J.B. Watson to pick up on Pavolov's ideas and apply them to psychology.

In 1913 he published an article entitled "Psychology as the Behaviorist Views It" which has come to be known as the "Behaviorist Manifesto". The introduction to the article laid out most of the ideas on which the behaviourist approach is based:

Psychology as the behaviorist views it is a purely objective experimental branch of natural science. Its theoretical goal is the prediction and control of behavior. Introspection forms no essential part of its methods, nor is the scientific value of its data dependent upon the readiness with which they lend themselves to interpretation in terms of consciousness. The behaviorist, in his efforts to get a unitary scheme of animal response, recognizes no dividing line between man and brute. The behavior of man, with all of its refinement and complexity, forms only a part of the behaviorist's total scheme of investigation.

Many learning systems and theories have developed from Skinner's ideas, for example, the whole programmed learning approach is based on operant conditioning.

The concept of "past behaviour is the best predictor of future behaviour" is distinctly Skinnerian. 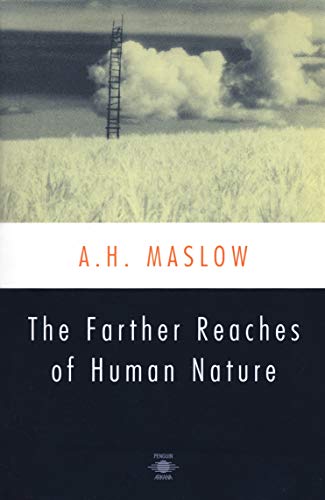 Soon after the end of World War II some psychologists were becoming dissatisfied with the essentially mechanistic approach of both psychoanalysis and behaviourism. Both of these approaches were essentially reductionist, reducing explanations of human behaviour to single factors.

For many psychologists this approach was a disservice to the complexities and depth of human beings, who felt that neither psychoanalysis nor behaviourism was adequate as an explanatory theory nor as a practice that could deal appropriately with what humans were or could become.

A leading figure in this emerging movement was Abraham Maslow, who in 1957 and 1958 invited fellow-psychologists to two conferences in Detroit at which themes such as self, self-actualization, health, creativity, intrinsic nature, being, becoming, individuality, and meaning were discussed.

Maslow is perhaps best known to most people as the developer of the "Hierarchy of Needs" but that is far from his only contribution to the study and understanding of what it means to be human. Another important concept he developed is that of "self-actualisation."

The changing focus of what psychology could be about is perhaps epitomised in this 1954 quote by the founder of the "person-centred" approach, Carl Rogers:

"When a person comes to me, troubled by his unique combination of difficulties, I have found it most worth while to try to create a relationship with him in which he is safe and free. It is my purpose to understand the way he feels in his own inner world, to accept him as he is, to create an atmosphere of freedom in which he can move in his thinking and feeling and being, in any direction he desires."

The focus of the humanistic approach is on the potential of the individual and, by extension, the groups of which all individuals are part. Again a quote from Rogers, this time from 1972, puts this clearly:

"... I have found that if I can help bring about a climate marked by genuineness, prizing and understanding, then exciting things happen. Persons and groups in such a climate move awa from rigidity towards flexibility, away from static living towad process living, away from dependence toward autonomy, away from defensiveness toward self-acceptance, away from being predictable toward an unpredictable creativity. They exhibit living proof of an actualizing tendency."

It would seem that no one perspective will ever have the full picture because it is just that - a perspective. Historically from the earliest times we have been concerned with questions about who we are, what we are, what our purpose and direction in life should be. Philosophers and sages have had their views and some resonate with one person, others resonate with another.

For each of us our task is to become more human, and that task involves always working for a deeper understanding of ourselves and others. This will involve also understanding both the psyche and our behaviour.

It is as though he listened

and such listening as his enfolds us in a silence

in which at last we begin to hear

what we are meant to be.