History And Economy Of Kuwait

Sakina has been living in Kuwait for 14 years. She loves researching its history and culture, and she enjoys visiting local museums.

Kuwait is an Arab country at the tip of the Persian Gulf, situated in Western Asia. It shares its borders with Iraq and Saudi Arabia. While there is evidence of habitation going back to 8,000 BC, modern Kuwait was founded by the Bedouins. 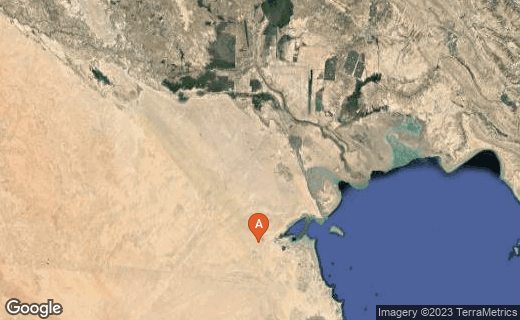 A Brief History Of Kuwait

The bedouins came across the Arabian Peninsula and settled in what is Kuwait City today. It is not possible to fix an exact date for the establishment of Kuwait City, but most researchers agree that the town facing the sea was built around in 1716. It is not yet known why this location was chosen.

There was little drinkable water. Perhaps, the Bedouins gave up hope. For some unknown reason, the people of the tribe looked upon the waters of the Persian Gulf, noted the natural harbor and gave up their wandering ways. Although they remained strongly attracted to the desert by virtue of their past (for they were descended from desert nomads), they saw the possibilities of wealth in the sea. Thus, the settlers, ancestors of modern-day Kuwaitis, abandoned nomadism and became sailors and traders.

The Persian Gulf (called the Arabian Gulf by present-day Gulf countries) was rich in fish and pearls. In addition, there were ports from which Kuwaitis could export goods. Their nomadic culture swiftly changed to one shaped by pearl-diving, seafaring international traders, and travelers.The settlers faced their new town towards the sea. They built their mud homes so close together that they looked like apartments. Their noisy bazaars were centers for community socialization.

Later after the discovery of oil, a modern infrastructure rose from the arid desert as roads, ports, factories, power generating stations, and desalination plants came into being. The boom continued as new mosques, clinics, hospitals, schools, markets, supermarkets, houses and villas were built. The population increased as thousands of foreign technicians, advisers and workers arrived to service the huge development schemes. Many Kuwaitis, members of a privileged minority, found themselves in new roles as importers, contractors, landlords, and government officials. Government's role in the economy and administration naturally increased under the impact of the new wealth and development.

Kuwait is a country devoid of trees (except palms). Water availability was limited as the salty sea water isn't drinkable. There weren't any machines at that time, so no potable water could be produced by purifying sea water. The blazing sun and scorching heat quickly became the Bedouins' worst enemy, especially at that time when resources were limited.

The Camel- A Friend Of The Bedouins

The name Kuwait is derived from the Arabic word "Al-Kout" meaning fort.

Safat square represented the center of land commercial exchange and a daily intersection of the city and Bedouins, as goods were brought from the sea port, shipped from India, Eastern Asia, and Africa. On the other hand, the Bedouins brought their goods like milk products, leather, animal ghee, desert grass and other things which weren't available in the city.

The sea was the primary source of livelihood for the Bedouins because the desert environment was very poor. Pearl diving was one of the main occupations of Kuwaiti people in the early days before oil was discovered.

It consisted of many dangers, obstacles and health issues that encountered divers during their quest for pearl hunting. Divers depended on following the stars in the sky and compass to know pathways. Kuwaiti divers showed determination, confidence, and desire during their diving sessions. They had extensive knowledge in sailing, fishing, and navigation.

Pearl diving is an act of hunting oysters in the sea to recover pearls.

In the year 1765, there were over 800 working ships in Kuwait. These ships were of different names and they served different purposes.

Since the mid 17th century, Kuwaitis used many kinds of ships called dhows for different purposes. "Al-Boom" was one of the most famous ships used in Kuwait in the past.

There were many kinds of "Al-Boom" used by Kuwaitis at that time. One of these kinds was used for pearl hunting. Another kind was used for sweet water delivery. Others were used for shipping stones for buildings. The bigger one was for long distance sailing, while a smaller one for short distance sailing.

The Kuwaitis working in the ships had a paper showing their identity as a sailor.

Summary of Occupations In Old Kuwait

In Kuwait, there wouldn't be found a home that didn't contain dates. This fruit is the staple fruit of the Arabian people, especially those of the Gulf and desert regions. In many of these places, it is the only fruit that grows easily. The date tree is so hearty, that it can survive the heat of the summer, and still gets ready to produce its beautiful fruit.

In those times, a Bedouin called "Tammar" sold many kinds of dates in his shop which was called "Matjar Alttarikh" or dates shop. Other kinds were imported from Iraq or Iran. They were stored in a pot made of palm leaves.

Albiqala or a grocery shop was spread among the districts and different markets. They sold different kinds of goods and household requirements, known by the names of the owner. Some of them even brought homemade products to increase profits. At present, these kinds of shops can be found in Kuwait City. I have personally seen these shops selling fresh products.

Matjar Alttawabul is a spice shop, where a man sold spices and was represented as a pharmacist in those times. He was usually familiar with the names of herbs, plants, and medicine for each disease. He also knew how to make tonics. In those hard times, some people ground spices themselves while others were obtained from foreign traders.

Alrijjal eaba'at matjar or a men's cloak shop, was a place where a weaver wove cloaks worn by Kuwaiti men. It was a daunting task as the majority of the work was done by hand.

Al Sadu is a form of weaving which is considered as one of the most traditional crafts known by the Bedouin women, who crafted tents, storage bags and animal trappings. They had used the hair of camels and wool of sheep in this process. This shop can be still seen in Kuwait City.

The men in the mukhbaz or bakery primarily made Khubz, the traditional flatbread prepared from wheat. It was baked in a hot furnace where burning coals supplied the heat.

Summary of Shops In Old Kuwait

Some key dates in Kuwait's history:

2000-1000 BC - Greeks colonize the island of Failaki then named Ikaros. It becomes an important trading post on the route from Mesopotamia to India.

1700's - Nomadic tribes from central Arabia settle in the bay of Kuwait City, among them the Al-Sabah family whose descendants now rule Kuwait.

2005 - Kuwaiti women win the right to vote and run in parliamentary elections.

The country Kuwait has seen its best now due to the struggles endured before. The hard work, blood, and sweat of Kuwaiti ancestors paid off. Due to the discovery of oil, Kuwait's fate changed magically. Poverty-stricken in the past, now Kuwait is a country nestling at the top of the Gulf. Flanked by powerful neighbors Saudi Arabia, Iraq and Iran, its strategic location and massive oil reserves make it one of the world's richest countries per capita. With different traditions and an interesting culture, mouth-watering cuisine filled with exquisite dishes, visiting Kuwait is worth the effort. Living here is another great story altogether. Personally, I feel that this small nation has a big heart and many things to offer.

Have you ever visited Kuwait?