History Of Jamaica From Spanish Invasion To Emancipation

Jamaica is an island which is surrounded by the Caribbean sea; situated about 90 miles south of Cuba and west of Haiti. Located North West of Jamaica is the Cayman Islands and further north is Florida which is the closest US state.

Jamaica is also the third largest island in the Caribbean and is a part of the group of islands known as the Greater Antilles. The Greater Antilles are a group of islands that include Jamaica, Cuba, Hispaniola, and Puerto Rico. These islands are the largest of all the islands in the Caribbean and their combined land mass makes up about 90% of all the other islands put together.

The Caribbean islands are also known as the West Indies of which Jamaica is one of them. 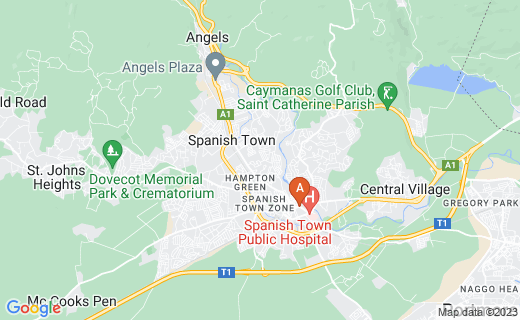 Originally named St. Jago de la Vega by the Spaniards, was once the capital of Jamaica.

1. The arrival of Christopher Columbus through to the colonization of the British

2. The destruction of Port Royal and the prosperity of the Island

3. The abolition of the slave trade through to the infamous Morant Bay rebellion

5. World War 1 through to Independent Jamaica

6. The past fifty years of Jamaica’s Independence

In this hub I will be focusing on the arrival of the Spaniards, slavery and the Morant Bay rebellion. 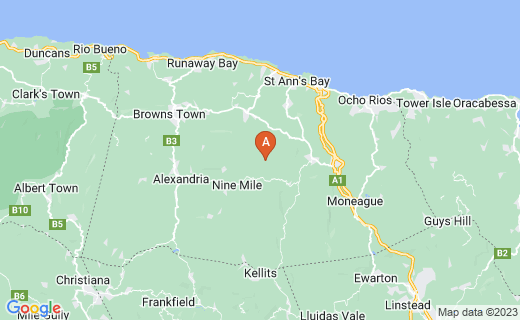 The Parish of St. Ann was where the Spaniards first settled when they arrived in Jamaica. There they built a town called Sevilla Nueva (New Seville).

Christopher Columbus through to the British Rule

This bit of Jamaica's history started in 1494, May 4, when Christopher Columbus visited Jamaica where he saw the island inhabited by a very peaceful group of people known as the Arawaks. These people never knew war, were never involved in violence. The Spaniards enslaved these gentle farmers and fishermen and in about half century they all died.

The Arawaks made pots and eating utensils from clay which were molded and heated. Their clothing were made from the wild cotton that grew on the island, that they wove together to make cloth which was used to cover their lower bodies.

These Arawak Indians, as they were called, were not hard laborers. The men fished and hunted while the women farmed cassava, beans and sweet potatoes. They were a peaceful people who wore beads and ornaments around their necks.

When the Arawaks in Jamaica died, the Spaniards went to Africa where the African people were captured with the help of other people such as the Arabians, who sold them to the Spaniards.

Columbus was given the island by his Spanish queen but he and his family were unable to make the island flourish and as a result the British Soldiers and sailors captured the Island from the Spaniards in 1655.

It was Admiral Penn and General Venables who entered the Kingston harbor that fateful day. They were sent by Oliver Cromwell to capture the island of Hispaniola, now known as Haiti and Dominican Republic, but when they failed in that quest, decided to capture Jamaica instead. Within one day the Spaniards surrendered to the British. Within a few days some left the island while a few fled to Cuba. Unknown to the British, some of the Spaniards fled to the northern part of the Island.

Five months after the capture of the island by the British, General Sedgwicke arrived to take charge but he and most of his soldiers and sailors soon died from fever. It is also believed that the food and water contributed to their demise. Next was General Brayne who also died a short time after his arrival, however did manage to vamp up security of the British islands because he believed that the Spaniards who occupied Cuba would launch an attack.

The Spaniards from the northern end of the island did attack, with help from Cuba, but General Doyley was victorious on both occasions, thanks to the foresight of General Brayne. The Spaniards finally gave up their quest to recapture the Island when the Maroons formed an alliance with the British. They escaped to Cuba and never returned.

Port Royal was most famous for its treasures and the place where pirates came and pillage these riches. The place was like Sodom and Gomorrah, where there were reveling and parties all the time. Port Royal was also known as the wickedest place on earth. This was the major city on the island.

On June 7, 1692, the great Port Royal was destroyed by earthquake at about 11:40 AM. There were three major shocks, of which the third was the worst which saw the walls of the stone houses collapse and most of the city buried under the sea. A tsunami ensued and engulfed Port Royal taking with it thousands of those who had survived the earthquake a few minutes earlier.

The few remaining survivors tried to rebuild what was left of the city but a fire destroyed it in 1704. Only its forts remained. Port Royal has never been the same since.

The Slave Trade and Abolition

Abolition of the slave trade did not mean the abolition of slavery. It simply meant that no slaves should be brought over from Africa to the British colonies but they could be transported from one colony to the next. The slave trade was abolished in 1807 and became effective January 1, 1808.

The British government soon realized that the slave trade law was not being kept and slaves were still being smuggled into the colonies. Then in 1815 legislation was passed to have all slaves registered. There were also strict legislations for information to be kept for all movements of slaves between colonies and estates; this information was to be returned to Britain.

There was discussion about the abolition of slavery in its entirety but it was taking a long time as the estate owners were against this because they would lose their laborers. There was constant communication between the British government and the governors in the colonies about this issue.

By this time the slaves were getting restless and a riot broke out in Hanover in 1824.This led to other uprisings throughout the island. In 1833 a Bill was passed for the total abolition of slavery which became effective August 1, 1834. This date is celebrated each year as Emancipation day in Jamaica.

Here are some Jamaica facts that you may be interested in:

Even though slavery was abolished the former slaves which were now paid laborers were still treated like slaves. There were even rumors going around that the estate owners were planning to enslave them again. Times were hard and the former slaves and their children were very poor. To top it all off there was a very bad two year period of drought which added to their hardship. Taxes were high and the slaves found their working conditions unbearable.

Along with the unbearable conditions many of them were unable to vote. Of the four hundred thousand plus Negroes on the island, less than two thousand were eligible to vote in the elections, despite out-numbering the whites 32 to 1. This added to their unhappiness.

In 1865 a throng of nearly three hundred Negroes, led by Paul Bogle, stormed the Town of Morant Bay. Paul Bogle was a deacon and follower of a wealthy politician known as George William Gordon. George Gordon encouraged the people to make their voices be heard. This came after they had petitioned the queen for land to farm and build on as their own, but their petition was refused due to the influence of the then governor, Edward Eyre.

The British were very fearful of an uprising. Many had been killed in the Indian Rebellion that took place in 1857, so they did not want a repeat of that.

The riot actually started when a Negro was imprisoned after being found on an abandoned piece of land owned by a white man. Paul Bogle and some of his men broke the man out of prison; he then later marched to the courthouse all the way from Stony Gut. When they got to the court house the lawmen fired on the Negroes killing some of them. The men got angry and the rebellion broke out. In turn some of the military men were also killed while others were injured. The rioting continued for days where the rebels roamed the countryside killing several white farmers while others had to hide in fear for their lives.

The governor retaliated by sending the military out after the blacks and many rebels were killed while some were arrested and flogged. Many of the people who were punished had nothing to do with the rebellion but the governor did not care. His primary concern was controlling the blacks.

Arrested were Paul Bogle, his brother and George William Gordon. Gordon had nothing to do with the rebellion but no one cared. He was hanged along with Paul Bogle’s brother two days later. Governor Eyre was charged with murder by his British opponents but nothing ever came out of it.