The History of Rockets-From the Fireworks to the Moon

At first glance you might think that there could not possibly be anything in common between a 13th century festival in China and the Apollo 11 moon landing in 1969. However there is a link and that is that they both relied on the use of rockets.

The Chinese first developed rockets by filling bamboo tubes with an explosive made from saltpetre, charcoal, and sulphur. The sealed tubes would be thrown onto fires during celebrations because it was thought that the loud explosions would protect them. When these tubes were not perfectly sealed though they would fly out of the fire and could explode some distance away. It wasn’t long before the ancient Chinese realised the military potential of these devices and primitive rockets were used to repel a Mongol invasion in 1232 AD. Word of these amazing new weapons quickly spread around the world and soon rockets were being used in military operations in North Africa and Europe. During the 15th and 16th centuries they were widely used in naval battles to set fire to enemy ships. Around this time they also started being used for more peaceful purposes again. In 16th and 17th century Europe firework displays using rockets became a very popular form of public entertainment.

In the late 18th century the British army suffered two serious defeats at battles in Seringapatam, in India. The main reason for these defeats was that the Indian prince Haidar Ali’s army included a corps of rocket throwers. They used very large bamboo rockets which had a range of hundreds of metres. The British were determined to learn from their mistakes a British officer, William Congrieve, began work on developing even bigger and better rockets. Within a few years Congrieve had developed 14 kg iron rockets that could be fired over 3200m. These rockets were successfully used against Napoleon at the battle of Waterloo and during the US War of Independence.

Books about the history of rockets 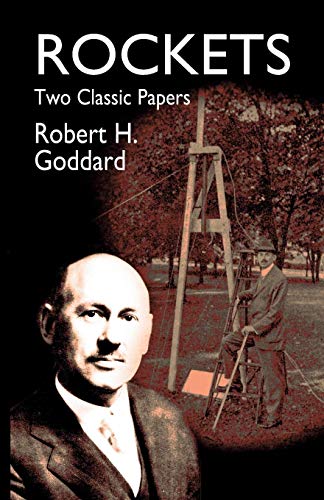 By the 1880s other applications for rockets were being developed. They were used to signaling, for whaling, and even for rescuing from sinking ships. If a boat got into trouble near to the shore, a rocket with a thin rope tied to it would be fired out over the boat, survivors in lifeboats could use the ropes to pull themselves ashore. These traditional rockets are still used as distress signals on boats and planes.

However in the 1920s and 30s a great leap forward in the use of rockets took place with the introduction of liquid fuel. This made rockets much more powerful. The new rockets were so impressive that for the first time people began to seriously think about using rockets to take people into space.

Rocket to the Moon

It did not take long for these dreams to become reality. In the 1950s the Soviet Union and the USA invested large amounts of money in their new space programmes. This lead to the launch of Sputnik 1, the first artificial satellite, by the USSR in 1957. Less than a month later they followed this with Sputnik 2 which carried a dog, Laika, into orbit. The USA sent it’s first Satellite, Explorer 1, into space early the next year. The next step putting a man in space followed in 1961 when Yuri Gagarin orbited the Earth in Vostok 1. Eight years later Neil Armstrong took those famous first steps on the lunar surface. This was possibly mankind’s greatest scientific achievement and it was all due to rockets whose basic design had been thought up hundreds of years before. We can surely say that the history of rockets won't end here, as there is much more potential in them, we just have to wait and see!

Easy quiz to test your attention