Homeschooling: The Myths and Realities

One of the lingering myths about homeschooling is that it’s a new alternative to traditional schools. In truth, homeschooling’s history in the United States can be trace farther back than public school education.

Still, the interest in it as an “alternative” has grown over the last few decades. Religious and ethnic groups have led the way. Also, parents who have had distrust about the educational quality of local school districts have turned to this system.

Its effectiveness depends on who you talk to, as well as who is conducting the courses. Like any school, homeschooling is often a product of the parents, teachers, the teaching material, and (most importantly) the students.

Many myths have cropped up about this method. Some claim homeschooling offers a superior form of education. Others believe it’s nothing more than a way for fundamentally religious parents to prevent their children from being influenced of an “increasingly secular” public school education.

Some of these are myths. Others are half or vague truths. And, in some cases, they are totally true. One thing is for sure: There are a lot of misunderstandings – good and bad – about homeschooling.

Reality: While some parents choose to teach their own children, others don’t. Some homeschool teachers/parents will teach other people’s children. Other parents will form small communities with other like-minded parents and separate the curriculum and specialize in one or two subjects (similar, in many respects to secondary schools).

The Internet has become a tool for homeschooling, too. There are individuals who will teach homeschooled students exclusively through their websites. In many cases, one teacher can reach hundreds, possibly thousands throughout the world.

Reality: Many school districts throughout the United States have embraced it. In many cases, they present their own version and may be called Home-study or Independent schooling. Either way, students are taught at home by a visiting teacher. Some districts will use teachers from the local schools and pay them for extra duty. Other districts will hire full-time teachers whose primary job is to do home-studies.

There are certain criteria students must have in order to qualify for these services. They differ with each case or district; however, there are some common threads. Some are too ill to attend regular school or have disabilities that prevent them from attending. In other cases, it is a matter of personal safety. Parents can request these services; however, it is the district school board that gives final approval (it should be noted that for special education, there are several factors – many that would fill another article on the matter – that will be a determining factor).

Reality: This is partially true. There are many parents who feel that the local school districts are not catering to their religious beliefs. In fact, many of the curriculum available to homeschooling parents come from fundamental Christian associations and churches (more on that later). However, not every parent chooses homeschooling for this reason.

Some parents choose it for a reason that was mentioned earlier in this article: they have special needs children who can’t attend a regular school due to illness, disability or safety concerns. Other parents -- especially those who t travel extensively as part of their occupations – choose it because it’s convenient. Also, there are those who believe they can do a better job than the local school or have lost faith in traditional public and private education. In some cases, the parents are highly educated and believe they can set aside time to teach their own children (in one case given to this writer, professors at a local university took this route with their children).

Myth #4: Homeschool teachers/parents must rely on their own expertise and material.

Reality: There’s plenty of material available exclusively for homeschooling. Teacher supply stores often have the same textbooks as the local schools (albeit expensive). Also, certain organizations – in particular religious ones – offer material via shipping or the Internet.

Reality: Some homeschoolers use churches (especially those who teach other children besides their own); others meet at libraries; and a growing number are holding class in cyberspace. Also, many homeschool educators will utilize museums or other educational attractions. Some of these facilities will also offer special programs for homeschool students and educators.

Reality: Again, it depends on who is teaching the course. In some cases, the education is superior. The students are able to take college entrance exams and score extremely well. However, this is not always the case.

Some homeschool parent/teachers become overwhelmed or have no idea how to teach. In other cases, they have no clue how to teach basic skills in reading and writing.

One particular incident comes to mind. A friend who happens to be a fifth grade elementary school teacher complained about receiving several formally homeschooled children. She mentioned that their skills were low. They were eventually placed in remedial courses.

Another problem is the material or textbook used. As mentioned, numerous religious groups – especially the young earth creationists (those who believe the world was created around 6,000 years ago) – have been supplying material exclusively for homeschooling.

Another incident comes to mind: a biology professor decided to homeschool her children. She had contacted a company that specialized in supplying text books to homeschool teachers and students. To her dismay, she discovered that the material came from a creationist group and material that (1) stated the Loch Ness Monster was real, and (2) humans and dinosaur co-existed with each other.

Finally, there’s another reality to the quality of homeschooling. Parents who choose this line of education may often turn to other “educators” to help them teach -- or to do the teaching. While there are many dedicated educators with the proper credentials and degrees to teach (as is the case with public school sponsored home-study or the emerging Internet public schools), there are those who should never be in charge of a child’s education.

A particular case comes to mind: a known conservative pundit and activist with his own Internet “homeschooling” business . He claims to have thousands of students; however, many are not happy with his brand of teaching. They’ve complained in forums about his poor grammar, "snarky" remarks, and public postings of their work on his blog. Some entries on this educational site are filled with inflammatory remarks against students who dare to question his teaching style or knowledge.

Reality: Studies on this matter have not proven this. In fact, some research indicate the opposite is happening. Many of the homeschooled students go on to college have healthy social skills.

What is Home-Study? a Personal Note.

Contrary to popular belief, homeschooling isn’t always taught by the parents of the students. In many cases, the local school districts will offer their version of homeschooling in which a credentialed teacher goes to the students’ homes to teach them.

Several years ago on two different occasions, I was hired by my district to teach three students at their homes. The job was considered extra-duty, since I taught at the local school, as well. Thus, after my regular job was over, I spent an hour or two teaching these students on almost every subject.

Two were brothers and the other was a female students. They were special needs students (although the brothers didn’t have learning disorders). The brothers had muscular dystrophy and were confined to wheelchairs. On top of that, they had weak immune systems. Catching a contagious disease such as a cold could be a serious health risk for them.

My second job involved a student who had been harassed by several students pertaining to a legal issue. Her parents and the school administrators feared for her safety. As a result, they agreed the best course of action was to have do home-study.

Since home-study was done through the district, the curriculum had to be similar to those offered in the school. On top of that, I was required to follow the state standards of California.

While my district chose to hire a teacher from the local schools on a part-time basis, other nearby districts hired full-time teachers to exclusively do home-study. Also, many districts have or had administrative departments specializing in this field.

Homeschooling is merely another way to educate children. Often, parents are in control, in terms of teaching the course or choosing the course and educator to teach their children.

While it may work for some, it will not work for others. In effect, it is no better or worse than traditional school.

Your Thoughts on Homeschooling

Is Homeschooling better than traditional schools? 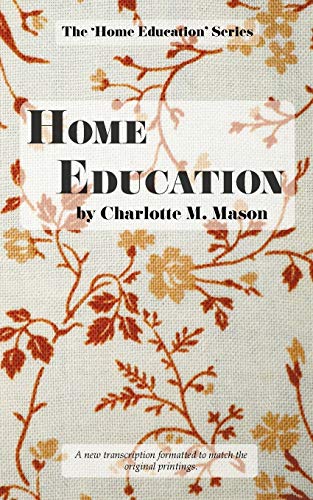