Lost and Forgotten History Can Kill

Gradually, lost histories of the American Civil War Era have been uncovered and added to the body of historic literature taught in college-level and graduate school classes.

These students are fortunate to be able to benefit from these "lost episodes" of history. Living history museums around the United States are picking up this information and adding exhibits to highlight the previously lost facts and stories about atrocities and heroes in equal proportions.

US military websites have published data about the various ethnic groups that served with the Union and Confederate armies during the Civil War and we find that these include Native North Americans, African-Americans, Hispanics, and Asians of several countries like China, Siam/Thailand, and the Philippines.

The Case of Danny Chen

Because some history has been forgotten, October 2011 saw the suicide of US Army Private Danny Chen in the War in Afghanistan brought into the news by the efforts of his family to gain justice.

Eventually, eight soldiers were charged in his death related to Chen's targeting with continual racial and outsider slurs in addition to physical torture. Four of the men were court martialed.

He could handle the slurs well enough with jokes, but wrote in his diary that he was running out of witty comebacks. His unit and his commanding officers in Afghanistan did not seem to know (or care?) that non-citizen Chinese fought in the US Civil War with whites or that the Chinese continued to join the Army and Navy and fight for "whites" from then, forward.

The slurs against Danny continued and his commanding officers forced him to lead a project in his unit by speaking only in Chinese. None of his fellow trainees understood him. He was also beaten and otherwise physically tortured by men in his unit. Those legally charged in his death included several non-commissioned officers and at least one lieutenant. (Associated Press for the Wall Street Journal; http://tinyurl.com/y6w9hssj)

At least 58 Chinese Americans fought in the Civil War, constituting a largely forgotten community of soldiers and veterans

Volunteers and the "Shanghaied"

The United States Army tells us on its Internet page concerning Asians and our Civil War, that thousands of Asian people immigrated to America from 1800 - 1850 and continued to do so after these dates. Not all of the Chinese soldiers of the Civil War are listed on their site.

After examining the literature on this topic, Dave DeForest (referenced below) found 58 Chinese in the war, often on navy vessels. He may not have considered those having Hispanic surnames, however, as discussed below.

This seems to have been usual for the 14th Louisiana Infantry, tricking Chinese and Filipino men into service. Because many of the Filipino men had Hispanic surnames, many are lost to history as having been Asian servicemen. In fact, many of them were Filipinos who had lived in Mexico.

The most well known Chinese in the Civil War armies and navies are in the following list, many because photos exist of them.

Research continues, and additional names may be uncovered. However, after the Civil War, many Chinese soldiers went back to farming in the Southern US, formed interracial marriages and blended into the background, further hidden with each successive generation. They married Blacks, Native Americans, Whites, Creoles, and Cajuns, as far as can be determined.

Many family trees likely contain Chinese ancestors that are unknown as such, because of Hispanic surnames and surnames taken from American sea captains to whom Chinese men were sold or from adoptive families. There may be a lot of Americans that have Chinese heritage 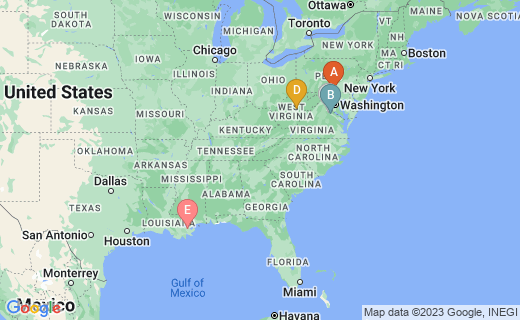 Various of the later 13 battles.

Port of Entrance (and Shanghai conscription) and site of the Battle of New Orleans.

Chinese Fighting for America: A Legacy

About 20,000 Chinese Americans joined the United States Armed Forces to defend America during World War II. This was an impressive 20% of the entire Chinese-descendant population in the Lower 48 States. We thank the for their service.

In large Chinatowns like that of New York City and San Francisco, as many as half of the Chinese men living there were drafted or volunteered for military duty from WWII through Vietnam, Iraq, and Afghanistan, as well as other war zones. We owe them thanks and honor.