Gerry Glenn Jones is a writer of fiction and nonfiction, as well as scripts for theatre and film. This is a factual account.

If you haven't heard of Old Houlka and New Houlka, Mississippi, you're not alone, but if you've ever visited them and forgot, you are one of a kind. New Houlka has been referred to as the "Center of the Universe," by more than just a few, but probably got its originality from a well esteemed medical doctor, named Walker, who was also a philosopher.

The original town was located approximately a mile east of the present town of New Houlka, and is now referred to as "Old Houlka." Houlka is a Chickasaw Indian word meaning "low water," or "low land," which would describe the land situated on each side of Houlka Creek. It was a well-established center of Chickasaw culture in the 1500s.

Location of Old Houlka at Intersection of Ms. Hwy 15 and 32 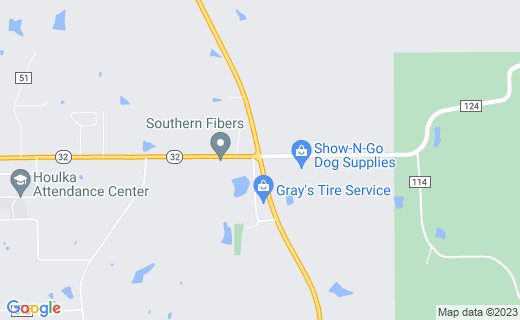 Old Houlka Was an Important Trading Post on The Natchez Trace

The town of Old Houlka was born as a fur trading post prior to 1794 and is the oldest surviving settlement in north Mississippi. An Indian agency house was built there at the intersection of two Indian trails, which would later be designated as the Natchez Trace and Gaines Trace. Silas Dinsmoor was appointed as the Chickasaw Indian Agent. He hosted a ball at the agency house in 1805, with at least two noted guests present, future U.S. Representative John McKee and former U.S. Vice-President Aaron Burr.

Old Houlka And The Natchez Trace

In 1812, a gentleman, that all of you are familiar with, surveyed a route from Nashville, Tennessee to Natchez, Mississippi, following the Indian trail, known as the "Natchez Trace." This man later became the seventh president of the United States. His name is Andrew Jackson.

The Natchez Trace connected with another popular trail of that time named the "Gaines Trace." The location where these two trails met became a trading post, and later became the first of two towns, and was named Houlka. This town was incorporated in 1884 and thrived until the Gulf and Ship Island Railroad decided to lay tracks west of the town. This was done because of several factors, one of which being, it formed a straight line from north to south, and the other being the general topography of the land.

The Town of New Houlka is Born

In 1906, the "Town of New Houlka" was incorporated, where the railroad had decided to build its tracks, and some of the buildings were rolled on logs from Old Houlka to New Houlka. Most of these were pulled by teams of oxen. This railroad was built by the great-grandfather of author, William Faulkner. This was a new beginning for Houlka, and it thrived. A mill was later built here, that sawed the virgin timbers that were so numerous, west of the town, and one of the first ships to pass through the Panama Canal, carried a load of Black Walnut timber, milled at Houlka.

The Town of New Houlka thrived in the early part of the 20th century, and at one time had a population of over 1,000 residents. However, when the timber had been cut in the rich bottomland, west of town, the mill closed and the population began to trickle down. It was boosted again when furniture manufacturing companies began locating in the area.

The railroad closed its operations through this part of Mississippi in 2013, but the population of New Houlka had already begun falling. In 2010 the U.S. census recorded its population at 626 people. A road sign on Ms. Hwy 32, listed the population at 650 people in the 1960s and 1970s.

As of September 2012, a new beginning was in store for the town that has had so much history. The railroad corridor which was the vitamin for Houlka's growth provided another rejuvenation to the region. A federal project, called "Rails to Trails" turned the railroad corridor into a 44.5 mile, paved scenic trail called, "Tanglefoot Trail," which is open to hikers, runners, bicyclists, and horseback travel, from New Albany, Mississippi. to Houston, Mississippi.

As you've read in this article, Old Houlka and New Houlka, Mississippi have contributed to the history of our great country, and they are still alive and kicking. Even though Old Houlka is not incorporated anymore, it has grown because of its location at the intersection of Ms. Hwy 15 and Ms. Hwy 32. Both locations are connected by homes and businesses, and some people think they would both benefit from a merger, in which Old Houlka could be annexed into New Houlka.

There has been some talk about New Houlka being the perfect location for a movie set, and consideration is still in the works; however, the wheels turn slowly in accomplishing this endeavor.

The town is perfect for film production, with its many closed businesses, and the ambiance and antiquity of many of the buildings around the town square. The town has many old homes that date back to the early 1900s. Also, the lack of traffic on the streets is another plus for filming there.

The small town of New Houlka has had many successful people who were born or resided there. Here are three of them.

As you've read in this article, Old Houlka and New Houlka, Mississippi have contributed to the history of our great country, and still are. Also, If you would like to learn more about these two towns, read the book "Houlka; Yesterday, Today" by Rad Harrill Reed. Also, watch the video below, which was shot on the Tanglefoot Trail.