The Red Tail fliers were among the most courageous and accurate air escorts and dogfighters of WWII.

Fans of the Tuskegee Airmen

George Lucas studied all the World War I dog fights he could find written up in the literature and portrayed on film in order to design fighter sequences for the Resistance X-wing fighters in his Star Wars film series.

Mr. Lucas continued to study WWI and WWII air combat history for 25 years in a plan to tell the story of the Tuskegee Airmen in a series of three films. He funded the film production and distribution himself.

The first film of the series was released January 20, 2012 and called Red Tails, after the red-painted tails of the historic 332nd Fighter Group planes. It takes the audience through the segregation of American black airmen, their burden of outdated, used up and broken aircraft, and their assignments away from the action of WWII.

Certain Pentagon leaders wanted an excuse to shut them down in order to prove a 1925 study that found blacks to be "cowards and useless in combat" - sheer propaganda. Thus, Tokyo Rose wasn't enough of a discouraging influence to US forces - we had generals in the Pentagon to denigrate our bomber escorts. Neither was effective, however.

The 332nd saved thousands of lives among the Flying Fortress10-man crews and others that they escorted across the European Theater. The Red Tails often escorted 100 fortresses at a time (1,000 people) and never lost a bomber in their early missions. An overall record of ) losses is debated since 2006 and the advent of new information, conflicting reports, and missing records.

Still, their early perfect record convinced white bomber crews to stop bad-mouthing them and to request their escort. Until the 332nd began action, the US lost many more bombers from each mission. The Red Tails sacrificed 66 of their own lives to protect white bombing crews and save 1,000s.

Along with the Navajo and other Native American Code Talkers, the Tuskegee Airmen comprised some of the most important and effective teams in the US armed forces in WWII. The George Lucas/Anthony Hemingway film portrays all this effectively as well.

The Tuskegee Airmen comprised some of the most important and effective teams in the US armed forces in WWII.

Red Tails touches on the gigantic heroism of black airmen behind enemy lines in Germany and the former Yugoslavia, much of which is only recently discovered in the 2000s. In the film, one of the airmen, half blind in one eye from a combat flight wound, is later shot down in Germany, where he aids an American POW secret escape mission at Stalag18 prison camp (ala the film Stalag 17).

In reality, author Gregory Freeman's research found that an incredible 513 largely white American Airmen were rescued from behind enemy lines in the former Yugoslavia by the precursor to our CIA (the OSS), General Draza Mihailovich's soldiers, and local civilians, specifically with the help of the 332nd Fighter Group, the Red Tails. This was not realized previously at large, war secrets continuing for a long time.

It was previously unknown that the Tuskegee Airmen flew P51-C cover planes for all the rescues from July through December of 1944 in Operation Halyard.

The 332nd Fighter Group escorted the Fifteenth Air Force heavies (Flying Fortresses) in strategic bombing missions into (at least) the nations Austria, Czechoslovakia, Hungary, Poland, and Germany, besides covering the huge rescue mission of 500+ POWs. This, combined with all of their other missions evidences an incredible amount of work for a total of fewer than 1,000 people involved in the 332nd. 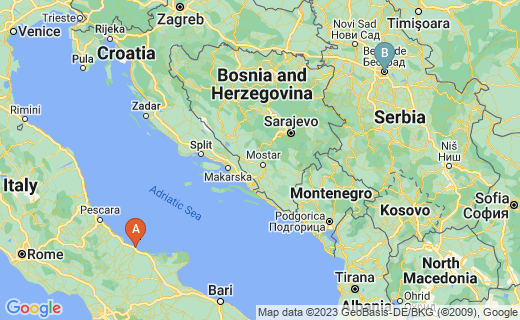 Air base of the Tuskegee Airmen, 332nd Fighter Group

Red Tails portrays US military leadership's bigotry, black officers' determination, problems with alcohol and hot-headed behaviors, and the saga of belittled men who out-achieved the heretofore most-praised units of the US forces.

By the end of the film, the true-life acceptance and admiration of white bomber squadrons and of Pentagon officials for the Tuskegee Airmen is a score for justice. Unfortunately, individual medals were not presented do the airmen until many decades later, but the unit as a whole received citations and recognition.

Enough room is left in history for two additional Lucas films about the subject, one a prequel targeting the gritty experiences of the black trainees at Tuskegee, Alabama. They trained in the Jim Crow South amidst open rejection from whites to fight Germans and to protect whites. They used an airfield thrown up quickly in 6 months by President Franklin D. Roosevelt's WPA projects. Despite many wash-out failures among trainees, nearly 1,000 airmen were certified ready for action throughout the term of the Tuskegee Airmen..

The other Lucas film in this line is a sequel to Red Tails . Now that most of their missions have come to light through authors and researchers continuing work into the 2010s, this sequel could be a blockbuster. Be that as may be, the non-profit organizations connected with or honoring the Tuskegee Airmen will continue to produce and promote up to date documentaries about them for decades into the future. Many of these productions are used to encourage youth K-12 of all races to stay in school, graduate, and attend college and/or join the Civil Air Patrol and the USAF.

If you have a chance to visit the National Museum of the US Air Force at Wright Patterson Air Force Base in Dayton/Fairborn OH, you will see in the middle of the huge exhibit space a long hallway of mannequins decked out WWII flight jackets, some of them from the Tuskegee Airmen. You can also see a Red Tail and browse through exhibits and books about the 332nd Fighter Group. Documentaries are shown free-of-charge in the auditorium and various IMAX films target specific eras of the history of flight and discovery.

During the first week of January 2012, a 1-hour documentary by George Lucas, Double Victory, presented the story of the Tuskegee Airmen to British attendees in the UK. Afterwards, guests spoke with surviving Tuskegee Airmen Le Roy Gillead and Alexander Jefferson.

Mr. Jefferson wrote Red Tail Captured, Red Tail Free, about his career as both pilot and POW in WWII. The documentary is narrated by Cuba Gooding, Jr. and includes actual interviews with Tuskegee Airmen. See it, if you have the chance.

Commander of the 332nd Red Tails

This film is an effective tribute to the Tuskegee Airmen and their early struggles with the Pentagon and indomitable victories in the European Theater. The cast is largely well known and provides character-driven events throughout the movie. As a family film, it is effective as history, motivation, and entertainment at a rating of PG-13. Material with an R rating might more effectively portray the total horrors of the experiences of the 332nd Fighter Group.

Terrence Howard plays Colonel A.J. Bullard, probably a proxy for Colonel Benjamin O. Davis, Jr. (1912 - 2002) of the real 332nd. Although the actual events shown in the film are fictional, Bullard's determination and his arguments against Pentagon leaders' bigotry mirror those of Davis closely. Davis was a prodigy in initial training at Tuskegee Airfield in Alabama, led the 332nd, and went on to fight in Korea. He then became the first black 4-star General in the USAF in 1998. Cuba Gooding,Jr. plays Major Emmanuel Stance, who always carries a pipe. Stance may be another mirror of Davis's strong qualities as well.

Additional Stories Of The Tuskegee Airmen

Nate Parker as Marty "Easy" Julian, the squadron leader, and David Olewoyo as Joe "Lighting" Little show not only the incredible skills and determination accumulated by the training and experience of the 332nd, but also the social and personal problems inherent in a segregated military and among both young and minority leaders in a war zone pressure cooker.

Pressure to succeed is double on this black unit and the men of the 332nd surpass the demanded success. Additional cast members include Method Man and Ne-Yo and others portraying airmen with nicknames Deacon, Sticks, Joker, Coffee, Ray Gun, and more that are traditional with US military pilots. You can see more nicknames and cartoons painted on fighter planes of the era at the National Air Force Museum and at smaller museums around America.

Combine this film with the HBO special Tuskegee Airmen and a visit to the National Air Force Museum or the relevant National Historic Site (see links above) to gain greater understanding of the men who served in the Red Tails and their ultimate mission. Check your city for current Chapters of The Tuskegee Airmen and look for their sponsored events.