How Ken Kesey's Life Influenced "One Flew Over the Cuckoo's Nest"

In Ken Kesey’s novel One Flew over the Cuckoo’s Nest, he illustrates his views on society and shares his interpretations and life experiences with others through means of his writings of the novel. This is important because his views and conflicts of the society he was living in heavily influenced his writing of One Flew over the Cuckoo’s Nest, allowing one to better understand Kesey’s life, the issues of the 1960’s, and the impact of societal flaws.

Ken Kesey was born and raised in a rural town in Oregon. He was raised in a very traditional home by his mother and father as well as attended the University of Oregon (Moss 288). In common with the author, the setting of One Flew over the Cuckoo’s Nest takes place in a rural Oregon town inside a mental institution. Kesey’s Family was very religious and held conservative values very tightly. This may have been represented in the novel with the actions and system of the ward that is held by Nurse Ratched. Nurse Ratched is the head nurse of the ward in the novel, who is essentially in control of everything the patients do, and very heavily values conservatism, power, and obedience. She was referred to as "just like a mother"(Kesey 33) by a public relation officer on the ward. It is appropriate to assume that Kesey may have modeled the nurse and the ward from his family life experiences, but when the main character, Randle McMurphy, is introduced we see another aspect of Kesey life.

After Kesey finished his studies at the University of Oregon, he moved to California where he was exposed to the counter culture that was prevalent at the time. While involved with the counter culture Kesey was able to witness a lifestyle that: lacked conformity, promoted individuals, and was nursed by mind altering drugs, mainly LSD that “served as a way to explore [ones] own mind and expand their horizons” (Telgen 228). This same lifestyle is expressed by McMurphy in the novel. McMurphy very deliberately would break the rules set by the nurse, skip out on his chores, and try to spread his ideals to the other patients on the ward. Aside from the chaos he would bring, he also acted as though he was not fazed by society’s norms or the behavior that was expected to him. He was happy to show all sides of himself and expressed an eclectic individual lifestyle just as Kesey would have in California

Kesey’s next move in life was after his time traveling the United States where he moved back to the family farm in Pleasant Hill, Oregon (Wilson 1569). After he moved back to Oregon he “has taken since taken a more critical stance in regard to the alternative lifestyle he once championed” (Wilson 1567). When Kesey moved back to Oregon he once again began to accept the societal norms and “follow the rules”. As the story develops, McMurphy’s character corresponds with Kesey’s personal experiences. It appears that Kesey uses McMurphy as a vague representation for himself, however, we see that McMurphy soon drops his facade of a conformer and soon takes up his previous routines. This could represent an internal longing from Kesey to return to his previous lifestyle he sported while in California and exploring the country. However, as important as Kesey’s homes have been to the storyline of One Flew over the Cuckoo’s Nest, his experiences in college may have an even more important impact on the novel. 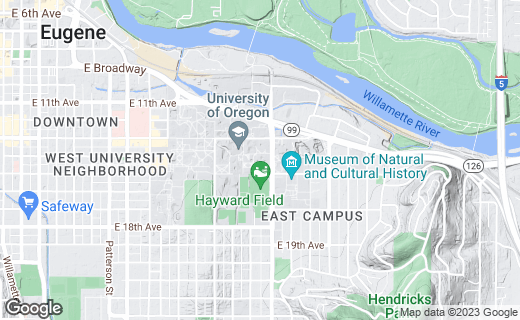 As previously stated, Kesey first attended the University of Oregon. While he was studying in Oregon he had an internal battle; to be artistic or athletic. Kesey was a champion wrestler throughout high school and college, and in fact almost made the Olympic wrestling team (online source). He was a very proud athlete but Kesey also wanted to be able to express his artistic ability, creativity, and his ability to write. In the novel McMurphy is well put together. He learn that his whole life he was working manual labor and was described as being “broad across the jaw and shoulders and chest, a broad white devilish grin, and he’s hard in a different kind of way… the way a baseball is hard under the scuffed leather”(Kesey 12). McMurphy could be Kesey’s representation of himself in this instance and in many others, in this situation instead of McMurphy being an Olympic bound wrestler, he is a broad, hardened, laborer.

But as McMurphy is developed in the story, we see that he is unbound by stereotypes and cannot be categorized into one group of people. As rugged as McMurphy is depicted, he is a very relaxed individual. He is able to make friends and socialize with every group of people in the novel. This same characteristic was observable in Kesey. He was able to hang out with the “actives” in college because of his feats as a wrestler but was also able to socialize with the “intellectuals” because of his aspirations of being a writer. In the novel, the characters we observe are split up into chronic’s and acute’s. The acute’s are more socially accepted and easier to socialize with, much like the actives would have been like in Kesey’s scenario. Chronic’s are those who are not as accepted and have faced exclusion from normal activities. Much like how in a college it is stereotypical for those who are immersed in their studies to be excluded and abused. In the novel we see McMurphy deviate from the acute’s and introduces himself to them and often invites them to activities, unlike the others on the ward who abide by the unspoken segregation. However, if there was one characteristic that sets McMurphy and Kesey apart, it would be their easy going personality and accepting demeanor.

After Kesey studied at Oregon, he transferred to Stanford University to pursue an education in creative writing (Moss 288). While at Stanford Kesey lived on Perry Lane. This is very important to the story of One Flew over the Cuckoo’s Nest as Perry lane was very heavily influenced by the Bohemian lifestyle. "Bohemian" can be defined as a person who deviates from social norms and would be involved in the arts. This influence can be observed in many parts of the novel, and in the novel as a whole. The novel as a whole has a very unpredictable and vulgar storyline. The lack of continuity and vulgarity can be representative of a life deviating from the beaten path and finding one’s own path. In the novel the narrator Chief Bromden is quoted saying “the whole Combine, the nation-wide Combine that's the really big force”(Kesey 33) and the character Harding exclaimed “This world…belongs to the strong, my friend… our existence is based on the strong getting stronger by devouring the weak(Kesey 14). As much as Perry lane may have influenced the tone of the novel, MKULTRA may have had an even larger impact.

While in his second year of studies at Stanford, Kesey met Vik Lovell, who introduced him to experiments using LSD and other mind altering drugs. These experiments being conducted at a hospital in Menlo Park. After serving as a paid subject for the tests, Kesey accepted a job as a night attendant on the hospitals psychiatric ward. It was while Kesey was on LSD and working on the ward that he began writing One Flew over the Cuckoo’s Nest (Moss 288). Although college was very influential on Kesey’s novel, it was after Kesey left college and traveled the nation that he expanded his horizons with the Merry Pranksters and indulged in the use of psychoactive drugs. Although Kesey never references any specific action from the pranksters or usage of LSD, at times it seems that concepts behind it find their way into the novel. For example, Chief Bromden clearly exhibits signs of schizophrenia, while he has his breaks from reality he has very vivid hallucinations and irrational fears, much like someone would be acting under the influence of LSD.

When looking into a plot as intricate as One Flew over the Cuckoo’s Nest it becomes apparent that not just one experience could have molded this story, but it was a perfect storm of experiences that occurred in the lifetime of Ken Kesey. Some of the influences as minor as growing up in a rural conservative town in Oregon and moving to a cultural revolution in California. This represented in the novel as the ward being the “conservative Oregon town” and McMurphy being the Cultural Revolution. Some of the biggest influences occurred when one would least expect it, such as Kesey working the night shift on a psychiatric ward; where he met the patients that he would develop his characters and story from.