Since Philosophers and Scientists had a non well publicized separation from each, back in the 1700's, our kids were left in between that schism. Have you ever wonder why we had to study Philosophy and Geometry, and even Trigonometry after that 7th grade? Do you think all of our kids were born to be scientists? Don't you think some of your kids were more technical minded because after all... they've had your genes all along?

The system is already set that way, and we cannot change things that came after Newton and Rousseau, two of the modern thinkers that changed the world before Copernicus and Galileo. Sorry Leibnitz, you can join the group for now. I didn't understand your 'Deutsch'

I don't want to blame the Church neither George Cantor, but we are already sending our normal kids to face that monster called Science at school. I see Ardie, Tammy and Kelly getting on that school bus...dragging it at times...!

First, it was part of a natural Philosophy. Science was not as strict as they saw it in times of Socrates and Hipparchus. Science evolved like any learning tool. There were no statistics and applied Math, or even IPads for what we would know as 'research.' Medieval ages concealed so many advancements to those parchments that monks and Theologists hid in ageless crypts; that's where we get the word 'encrypting.'

Science changed his meaning from certain kind of knowledge, to the most rigorous, 'Observe, test, apply,' kind of thought that we inherited as kids, assisting to those torturous lab sessions. Either you had to dissect that butterfly or the poor 'Kermit' the frog.

After curiosity killed that cat and Benji Franklyn found that a lightning bolt can really cook your 'ball-oons' Science was ready to collect basic data by studying 'models' from actual natural phenomena. Newton had the luck to take a nap under that tree at Woolsthorpe UK, and after getting that inspiration, he came with his formula for gravitational bodies. Well his headache was very gravitational after coming out with that crazy formula. Between you and me guys: Newton used to walk his horse around his step dad's farm, and would return home with just those reins. He was too busy thinking almost 'empirically' about that freaking 'Calculus.'

What is Cool Science?

You apply fun and good humour to your class and the rest will follow. Simple right? Instead of showing your kids that periodic Table with no sense, why not breaking down the rare gases with certain colors? Wouldn't be better if we incite our kids to approach that table with pragmatic exmaples? I would suggest to start the class with that Manhattna project, but no! all they tell you is Hydrogen times two added to an atom of oxygen equals that water. Science can be fun if we really change that 1900 curriculum. Is not that we want to suffer the same way teacher Thomson did, when he was in College. Trying to study all that crazy science, leaving aside a girlfriend and start watching, "the revenge of the nerds."

I'm telling you, there is so much fun, when you know how to teach a subject in the most coolest way. There are so many ideas to change this 'another brick in the wall...'

First of all, you might wonder why me, myself and I approached Math in a different way? My own dad hired a tutor for me when I was 14. No! I was not a nerd, but I was curious. My first lesson was on:

Do not worry. I'm just going to break down this theory with simple examples:

You have Anastasia from Russia that have her own Set of words, but is studying English. She﻿ meets Barry, who knows English very well and is Learning Russian with Anastasia. Wherever her words and his well known English meet or can connect is called

A ∩ B or intersection of Set A and B (set of all objects that are members of both A and B.)

A U B signifies that Anastasia and Barry came to an agreement and join languages and maybe love: From Moscow with Love!!

In the graphic, they added A+A ∩ B+B. This was the starting point for functions and that Cartesian plane where for each X there was a subsequent Y. f(x)=y

What have we done different?

We could've started scaring you with "giving an object 'o' from set A or element of A; o is an element that belongs to A, or o ∈ A "

We know Math is rigid and almost unbreakable , but as I said in the other articles, you got to see it and handle it like another language. We will need practice and more practice. There cannot be other way.

We have five hundred dollars bill in our hand and we are seated in one room, but Dave gave us 4 envelopes with some dollars bills. They could be 20$, 50$ who knows... on another anex room we have Peter waiting to give us 700 dollars in exchange. At first becuase is a practicla example, you can do it in your head right away: Heck!! This is easy! But now you see how we can help our kids by using down to earth examples. The equation will be like this:

THE UNIDENTIFIED ENVELOPES, HAD EACH, A FIFTY BUCKS BILL!!

I went ahead and took some short cuts, because I wanted you to compare with your own method. All in all we don't want to be another brick in the wall...!

Do you think Math can be cool? 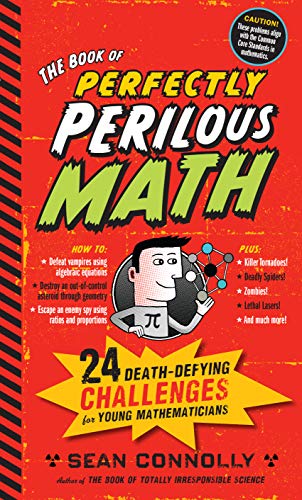