How Did Augustus Reorganise the Roman Senate?

The statue known as the Augustus of Prima Porta, 1st century

Born as Gaius Octavius, Augustus was born on 23 September 63 BC in Rome. In 43 BC, his great-uncle, Julius Caesar, was assassinated and in his will, Octavius, known as Octavian, was named as his heir. He fought to avenge Caesar and in 31 BC defeated Antony and Cleopatra at the Battle of Actium. Afterward Augustus became the first emperor of Rome, ruling from 27 BC until his death in AD 14.

‘In my sixth and seventh consulships [28-27 BC], after I had extinguished civil wars, and at a time when with universal consent I was in complete control of affairs, I transferred the republic from my power to the dominion of the senate and people of Rome…After this time I excelled all in influence [auctoritas], although I possessed no more official power [potestas] than others who were my colleagues in the several magistracies.’ 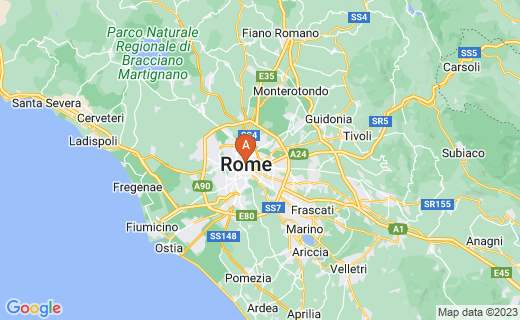 What were the aims of Augustus?

Augustus’ aim was to move the senate and magistrates from being chief organs of the state to being subordinate entities at Augustus’ disposal. This was clear through how Dio Cassius had stated that Augustus’s;

“... professed motive in this was that the senate might enjoy without fears the finest portions of the empire.”

Cassius explained that Augustus’ ‘professed motive’ was to command ‘self-respect’ within the senate, which was highlighted through appointing senators to newly created positions of civil administration within Rome: control of aqueducts, public works, the prefecture of the city.

In accordance to Augustus’ Res Gestae Divi Augusti, Cassius explained that Augustus retained the prestige of the consuls by opening the way for the more outstanding to govern in imperial provinces and by directing boards of senators in these specific administrative areas.

“...used them and the system of which they were a part whilst appearing to do no more than to uphold the integrity of the Republican system.”

Shotter explained how Augustus’ aims were to discretely influence the system without out rightly taking credit. Hence, Shotter’s statement demonstrated the impact of Caesar’s death on Augustus’ decision as he attempted to avoid assassination.

South of the Ara Pacis

Augustus' work with the senate

Augustus’ revitalisation of the senate highlighted how Augustus maintained a prevalent auctoritas of the senate, despite revoking his official powers in 23 BC. Augustus’ auctoritas and work with the senate over the senate was delineated through his statement, “I excelled all in auctoritas,” which commented on how Augustus was able to pass laws himself through several ways. Augustus’ ‘auctoritas’ that Augustus explained referenced to how he utilised his Tribunicia potestas (from 23 BC onwards) in order to present bills to the people.

This was clear through how Augustus could take action through judicial decisions, which was especially evident through his treatment of the Aediles as their traditional functions were taken away gradually. For instance, Cassius Dio ( Roman History, page 375), had explained that “In this same year...the praetors and the tribunes performed the aediles' duties,” which essentially referred to the role of the aediles from 22 BC- 6 AD.

Members of the imperial household

How Augustus established a relationship with the senate

Augustus’ relationship with the senate and magistrates was governed through his dominant aim to discretely consolidate his authoritative position. Through showing the senate respect and giving members' responsibilities Augustus limited opposition and was able to use members as a part of a senatorial civil service. This was clearly reflected through Augustus’ Res Gestae Divi Augusti which explained that Augustus excelled in all actoritatas.

However, Contemporary historian Jones argued that Augustus’ care for the senate was superficial, “Augustus’ tribunician powers reduced the senate to a “rubber stamp” as he was free to do as he pleased, regardless of their consent or disapproval. His relationship with the senate to reduce it to a ‘rubber stamp’ demonstrated how he had transformed the senate into a body that would work superficially underneath him. Jone’s statement was supported through how he reduced the senate’s numbers from 1000 to 600, removed corrupt members and called speakers at random to ensure that they were contributing to the debates.

Ergo, through increasing the dignity of the senate, allowed representatives to influence the formulation of policy in the Concilium principis and essentially ensured the consolidation of Augustus’ position.

Augustus reorganisations of political roles and magistrates, as shown through his organisation of consuls. Augustus introduced the systems of consuls ordinali (served first 6 months of the year) and the consules suffecti (2nd part of the year) which both were eligible for future admin posts such as supervision of water and grain, public works and roads. Augustus reorganised the role of the consuls to that after six years of service they were able to become a proconsul of the provinces of Asia or Africa, become a legatus properaetore, to take on responsibility for hearing provincial appeals and receive minor foreign envoys.

The ex-consuls became curators of the water supply, highways and public works (and heard appeals from the provinces). They are in charge of public duties in Rome and military commands. Due to this Contemporary historian Wells (The Roman Empire) explained that “it became the standard for the consuls of the year to resign halfway,” which reflected on how ex-consulship was desirable to gain posts in public service. Henceforth, Augustus reformed political roles of officials of consuls as highlighted through how he established public roles for ex-consulships.

Reorganised roles of officials and magistrates

Augustus revitalised magistrates and the senate in order to stabilise the functionality of Roman politics, as shown through making positions such as questor and praetors desirable. Augustus’ Res Gestae Divi Augusti highlighted that he had significant authority, although he had officially given his powers to his colleague magistrates. This was due to his desire to metamorphose the senate to a puppet structure. This was shown through Augustus’ changes questors who were expected to serve in the provinces (Normally ten questors were chosen.)

Roles also included serving as financial officials in the senatorial provinces (quaestor pro praetor) whilst other questors held responsibilities in working for the consuls or the princeps. Augustus also made changes involving the requirements to hold quaestorship, which was now only elected by the senate.

Furthermore, Livius’ article (2002) stated that “… emperor Augustus lowered this age to 25 years,” which reflected how Augustus attempted to make the position of Questor more desirable. Further reorganisation of the senate was highlighted through the Praetors. For example, Dio Cassius explained how praetors were the desired position as it afforded them the opportunity to manage public festivals and manage the treasury.

This reference how praetors powers preside over law courts, manage the treasury (2 of them), organise games & festivals (given to them 22 BCE onwards), assist the consuls and Augustus and participate in military commands. In essence, Augustus segmented the responsibilities of the senate amongst questors and praetors in order to increase the functionality of Roman politics.

Augustus’ impact on senatorial reorganisation and relationship with the senate was a clear reflection of his auctoritas. Augustus’ aims revolved around avoiding assassination and bring the senate under his influence, as highlighted by Cassius and Shotter. Augustus’ relationship with the senate and magistrates was governed through his dominant aim to discretely consolidate his authoritative position, as shown by contemporary historian Jones. Augustus reorganised of political roles such consulship, questors and praetors in order to stabilise Rome’s political structure.