How electricity is made and delivered to your house

There are many detailed articles and in fact entire books written about how electricity is generated and transmitted to houses and businesses. Heck, entire college courses cover this concept. If you are looking for extreme details on this, please check out your local library or some of the books featured on this page. If you are looking for the basics, read on.

What Exactly is Electricity

Before we even start with how electricity is generated and transported to your house, we need to define what electricity is. Think of electricity as water flowing through a pipe or garden hose. The water is really electrons in the metal that makes up the wire. The hose is the wire that transports the water (electricity). There are all kinds of fancy definitions, but that is the basics. If you want to know more, check out the Encyclopedia Definition of Electricity.

How is Electricity Generated and Delivered to your Home

The first step is to create electricity at a power plant. Basically, electricity is created by magnets spinning inside of a whole bunch of wires. The magnets spinning around cause electrons to move which creates electricity. What varies for each type of power plant is what causes the magnets to spin (see sections on steam turbines and wind and water powered generators). This electricity producing machine is called a generator. The power created is measured in volts. You use 120 volts in your house, but the voltage levels on the power lines can be 300,000 to 400,000 volts or even more. Voltages are changed by devices called transformers which raise voltages at some points and lowering them at other times.

After leaving the power plant, electricity is transported on power lines. It is more efficient to transport high voltages so the voltage on the lines is very high. Power lines form a huge system or grid that attaches everybody's house and business to the power plants. In the United States, virtually the entire country is attached to the same grid. Texas is almost separate, but there are still a couple ties into the rest of the grid. All power plants add electricity into the system so if one plant goes down, there is still electricity because the other plants just put a little more in.

The power lines deliver voltage to transformers (usually a series of transformers) to change (step down) the voltage to 120V for you to use in your house. At your house, the power comes to one spot before being sent out to the rest of your house. This one common point is either a fuse box or a breaker box depending on how old your house is.

Well, that is the basics of where electricity comes from. Read on to learn some more details. 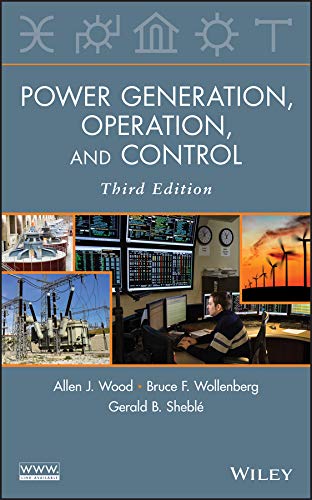 What is a Steam Turbine and How Does it Help Get Electricity to my House?

Most traditional electricity is generated using steam. Steam turbines are used to spin the magnets inside the coils of wire in the generator. The process starts with a boiler that heats water to create steam. The steam flows to the turbine causing it to spin. Picture water running over a water wheel and you have the concept. Steam flows through the pipes just like water through a hose. This spins the magnets inside the generator which creates electricity. There is a fantastic page the shows how electricity is created by a steam turbine. It has a really cool graphical overview with some animations and information on each step of the process.

What varies in the steam turbine type of energy generation is what powers the boiler. Traditionally, fossil fuels like coal or oil are burned to create the heat needed to generate steam. While these resources are currently abundant, they will eventually run out and they pollute the environment. A more modern and potentially dangerous method of heating water to create steam is a nuclear reactor. They can be very efficient, but have the potential for almost unparalleled disaster. The next section will go over some natural ways to generate electricity that are starting to become more popular. Many energy companies like Ambit Energy in Texas offer environmentally friendly power at competitive rates.

There are a couple different methods of generating electricity being used today. They use centuries old technology to turn the turn the magnets in the generators. First you have wind power being harnessed by large windmills. This type of power is usually used to supplement fossil fuel generated power or even power small communities, but it has not become "mainstream" as they say. You also have huge hydroelectric power plants that harness the power of moving water to generate electricity. Certain areas of the country use entirely water generated electricity. Both of these methods can be very expensive to start up, but the power plants don't need to continue to buy fuel to burn to heat the water and make steam. They are only good in certain areas because if there is no wind or water there is no potential for generating electricity this way.

Some companies, like Ambit Energy in Texas and New York, allow you to sign up for "green" energy plans at competitive rates. This type of program uses energy that is partially or fully purchased from wind, water, or even sun powered electric generators. Check it out if you are interested in helping to reduce the use of fossil fuels.

There is a new aspect to the electricity business in the United States. New companies are starting that allow anybody to get involved in the retail sales of electricity.

These companies pay marketing consultants to advertise and get new customers instead of paying for expensive advertising campaigns. One of the best companies offering this kind of small home based business is Ambit Energy based in Dallas, Texas. Ambit currently serves Texas, New York, and will start serving Illinois in 2008. Several other states will soon follow.

Where does the Electric Company Fit into This?

Originally, electric utilities were set up as monopolies. One company owned everything from the steam turbines generating electricity to the transformers to the power lines that delivered electricity right to your house. The problem with this and all monopolies is that the electric company can charge you anything they want because there is nobody else you can buy from. Fortunately, the government recognizes this as a potential problem and has very strict laws governing prices.

A new electric distribution model has emerged in the last few years. It is a deregulated business model where multiple companies sell electricity and have to compete for customers. In this model, one company or set of companies owns the power plants while a different set of companies is responsible for selling the electricity. Some states like Texas, New York, and soon Illinois allow non-monopolistic companies to essentially buy electricity from the power plants and sell it to consumers. In the place of large companies, small companies even individual people become Energy Consultants and are making a ton of money. This allows a lot of people to profit from energy instead of just one large monopolistic company.

There are good points for both models. In the government regulated, monopolistic model, prices can be kept low if the government sets prices fairly. This can actually lead to lower prices than the deregulated, open market system. However, in the deregulated, open market system, companies have to compete for customers by offering better service and the lowest prices available. To offer low prices, companies have to be more efficient. This is ultimately best for everybody and in the long run, will lead to better prices even if it seems to be more expensive at first. If you do have a choice, you should definitely check out your alternatives to see what is best for you.