Unemployment Skyrockets Among the Amish

One does not expect the Amish to become unemployed, because these people have their own farms in their families for several generations.However, in 2012, research compiled by The Ohio State University indicated that an Amish baby boom from 1990 - 2012 overburdened the family farms.

This was true across the United States, but most markedly in Holmes County, Ohio, the largest Amish community in the world.

By 2011, the Amish outnumbered the non-Amish residents in Holmes County. Simultaneously, a new Amish community was found to begin somewhere in the US every 2.5 weeks. This is enormous growth that denies previous beliefs that the Amish were declining in numbers. A larger percentage of young adults are staying on the farm and these young people are having larger families than in the past.

Doubling their population about every 21 years worldwide, the Amish included nearly 320,000 in 2017, including in USA, Canada, and South America.

By 2011, the Amish outnumbered the non-Amish residents in Holmes County. 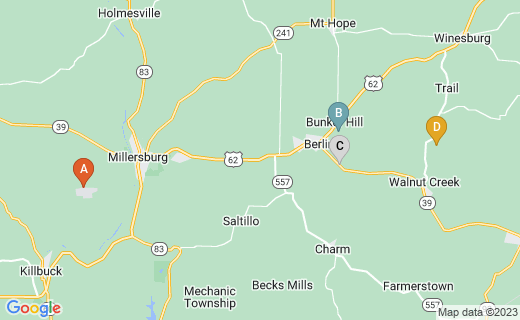 The decade from 2010 - 2019 found an influx of greater numbers of Hispanic and Islamic residents, along with growing numbers of Amish. Native American groups also grew appreciably from 2000 - 2020. The population of America trended away from the White Anglo-Saxon Protestant former majority.

Population growth created a need to work off the farm. In a society where schooling ended after the 8th grade, this was not an easy problem to solve.

The Village of Millersburg is the county seat and geographic center of Holmes County, named after the large Miller Family that emigrated to Ohio from Europe to Pennsylvania and then to Ohio.

Berlin Township in Ohio is the other notable Amish community nearby and the largest Amish tourist attraction. Walnut Creek Township is smaller and offers an interesting number of Amish dining and food and/or gift shopping options.

The entire county of Holmes has a population of 42,000 according to the US Census Bureau in 2016, but is growing almost too quickly to measure.

The traditional living arrangement has been for young marrieds to settle a portion of the family farm or to receive acreage from one of a number of farms owned by an inter-generational family. Surprisingly, these families are running out of land. 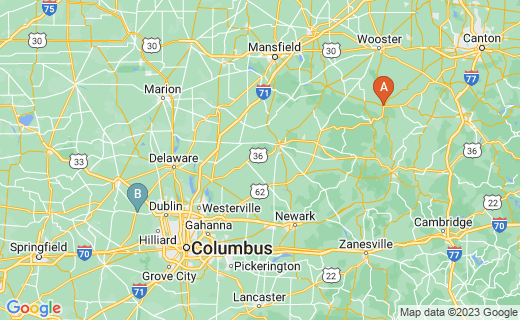 Plain city is west of Columbus and is home to another large Amish population.

Amish communities are located in 31 states and three Canadian provinces. In 2016 the Amish established two new settlements in the province of Prince Edward Island. (Many of these families are Millers.) 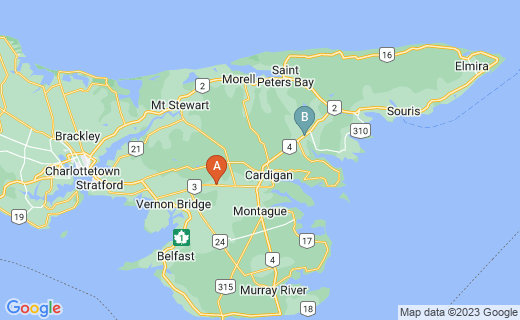 A new community established in 2016.

Another settlement began just west of this town in 2016.

The Amish are one of the fastest-growing religious groups in North America. They’re doubling their population about every 21 to 22 years,

If the option of farming as a career for a newly married Amish couple is removed by a lack of land, then the growing population can look forward to problems of earning a livelihood and finding dwelling places.

Formal education in the Amish settlement often extends only through the 8th grade. Certainly, individuals continue to learn practical knowledge from working the farm, but employers indicate to me in my workforce career that they need workers that can read at the 10th grade level and perform math at the 9th grade level at minimum. This presents a problem to finding work outside the settlement.

Working outside the community and returning each evening may result in other difficulties. Transportation is the first barrier to employment, if there are no bus lines nearby. Some workers might use the family horse and buggy and bicycles, of course, present a good alternative in better weather. Automobile ownership is not permitted, but the Amish can ride with friends or even drive a car that is not their own. Some workers might walk several miles to a non-farm job.

However, the Amish have intense skills in a variety of fields, including agriculture, animal husbandry, furniture making, blacksmithing, baking and cooking, sewing, quilting, and a number of others. Jobs in alternative energy is a possibility, since some of the family farms farms use gasoline generators and natural gas appliances as well as wind turbines. The Amish do have transferable skills.

Customs and Etiquette in the Workplace

Clashes of customs and related misunderstandings can occur in the workplace. However, many Holmes County Amish already do work outside the settlement. Working on Sundays is likely not possible, though. Differences in clothing and language may also present obstacles. Taking a photograph for an ID card would be against the faith.

Amish farmers and craftsmen are not covered by programs such as Social Security, Workers Compensation, and Unemployment Insurance, but the outside world of work provides these benefits that may be welcomed by workers previously not covered.

County employment offices in the US have served minority groups in the past and may be able to help Amish workers toward non-farm careers now. Job coaches can help smooth the transition to work outside the faith-based settlements. 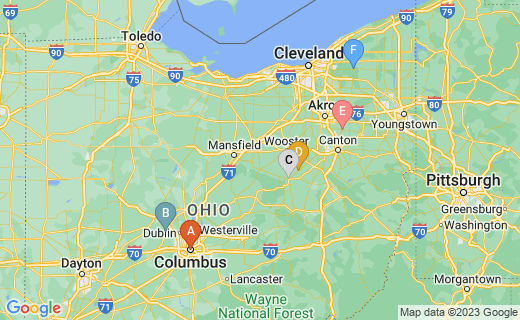 Many Ordnung communities are located within a drive of an hour or two from the state capital.

This town is named after the many Miller families among the Amish and Mennonite populations.

Many family farms and U-Pick facilities are located here.

This settlement is about an hour's drive from Cleveland.

Amish families continue to produce income through selling the products of their farmlands and livestock.

The Farmer's Flower and Produce Auction in Mt. Hope. In season, during each spring, summer and autumn, weekly wholesale auction sales are held for sweet- and horse corn, hay, livestock, fire wood and other items. More occasional sales are held for draft horses, cows, and other livestock and farm items throughout the year. This particular auction site is a popular place.

The Amish come to buy and sell, but all are welcomed to attend the sales. Grocers usually being a semi-truck. Individuals and families can often find someone with whom to split a large unit of produce. Most people have a good time at these auctions. The address is below and scheduled sales are available at the website.