How to Conjugate Verbs in the Bengali Language

If you're trying to learn the Bengali (Bangla) language, verb conjugation may seem complicated, but it's based on a set of rules. These rules will take time to learn. But once you master them, you'll find conjugation much easier. Focus on one verb class at a time. Really master each one before going onto the next.

In Bengali, verbs typically come at the end of a sentence. There are five classes of Bengali verbs. The way you conjugate the verb depends on the class. The classes are

You have to learn how to form the endings for each of these five classes. There are other verb forms to learn, like infinitives and imperatives. But the following rules will help with basic communications.

Kor is CVC because it consists of a consonant, vowel, consonant. Kha is CA because it has a consonant and an -a ending. In Bengali, kh is a single consonant sound. This is similar to digraphs (th, ch, wh) in English, where two letters make one sound. 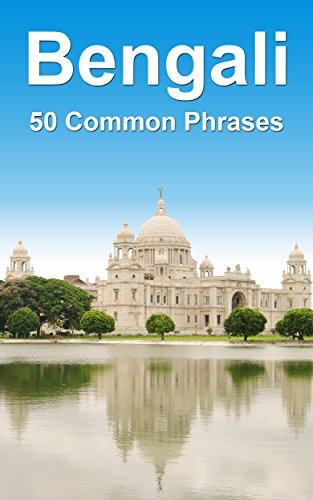 This is how you conjugate verbs with CVC endings. I'm going to use kor (do, make) and por (read, study) in these examples. These rules will also apply to VC verbs, such as uth (rise). As you will see, one set of rules can apply to numerous verbs.

These are the endings for verbs with a consonant and -a ending, such as ja (go) or kha (eat). Keep in mind that kh is a consonant in Bengali.