How to Find a Job In Biometrics

Biometrics is a system of now-automated methods used to offically recognize a person based on a biological or behavioral characteristics. This ID can include the face, fingerprints, palmprints, foot prints, handwriting, iris and retina, veins, voiceprints, gait, the bacteria left by the fingers on a keyboard, implant serial numbers, blood types, DNA, and many others.

Biometric technologies are becoming vital to security and military ID and personal verification.

Scientist and author Arthur C. Clarke predicted that after 2100, immortality would be understood scientifically and guaranteed to human beings as a physical certainly. Interestingly, his Robot series of novels and his especially good Bicentennial Manexamined the definition of humanity and ended with legal human being-ness granted to Andrew the former robot/android.

It is possible, given the growing number of minority groups recognized with human rights and debate currently and argument over the sentient characteristics of some animals, all coming before a mass utilization of robot helpers likely in the offing in the 21st C - on earth and in outer space. that the outcome of Bicentennial Man may be realized by 2050.

Humans will likely not like enjoy sharing their status with machines or (biological-machine) cyborgs and religions may become (possibly more) confusing, given these events. Biometrics will take on additional meanings.

Considering the increasing numbers of security and surveillance cameras watching the earth from the ground and the skies (also predicted by Clarke and he was told he was crazy), added to expanding Biometrics, no human or cyborg can be likely afforded much privacy in the next decades.

Andrew was a robot, android, and finally a human being. Will this prediction of Arthur C. Clarke also come true? 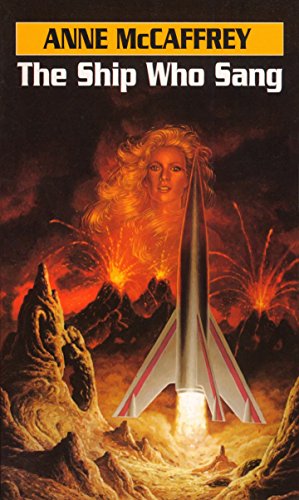 The Ship Who Sang: A Novel (Brainship)

Biology-machine interfaces appeared in science fiction over several generations. Anne McCaffrey's The Ship Who Sang began a related series in 1969. Star Trek followed with the Borg - and Commander Data (a machine who added biology).

What are other purposes of this science?

Science is pressing ahead, given funding, in the fields of genetic research, medicines and other drugs, disease control and elimination, biological-machine interfaces, prosthetics, biological warfare, "green" oil production, space exploration, and other areas of government and private interest. For example, some bacteria can eat away the BP oil spill of 2010 in the Gulf of Mexico. Algae can be transformed into oil as a substitute for fossil fuels.

Bio-machine interfaces have been explored in science fiction for generations, Anne McCaffrey's The Ship Who Sang began a series of novels in 1969 on the subject. In 2011's Fringe television series, one scientist attempted to download his dead colleague's psyche and essence into a computer, unsuccessfully. Interestingly, the part of the colleague was played by Leonard Nimoy, the Vulcan Spock of Star Trek®, who downloaded his essence into Dr. McCoy for safekeeping in Star Trek: The Wrath of Khan in 1982. The Borg cyborg, human-machine hive entities appeared in Star Trek:The Next Generation in 1989.

"Data Is A Toaster" 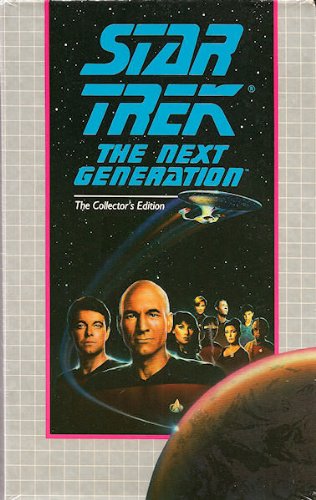 Star Trek the Next Generation Collectors Edition: The Measure of a Man and The Dauphin

This episode of ST:TNG featured a courtroom battle in which the android Data was awarded human rights. Another Episode featured a soceity wehere all citizens were required to die on their 65th birthday. All these issues may be become frightening possibilities.

The concept of "cyborg" is most often attributed to scientists at Rockland (New York) State Psychiatric Hospital in the mid-to-late 1950s. Manfred Clines and Nathan Kline planted a chemical dosage administrator, a small machine, into the end of the tail of a lab rat to manipulate its physiological functions. This event was attached to their research paper Drugs, Space and Cybernetics, presented to the Psychophysiological Aspects of Space Flight Symposium of Air Force School of Aviation Medicine at San Antonio, Texas in May 1960.

Biometrics has been involved space flight and war, long-term.

The Cold War and UFO sightings were rampant and the US was attempting to beat the USSR into space at this time. However, biometrics also resulted in such useful appliances as the implanted insulin pump for diabetics as well. Space has led to some useful medical advances and is likley to continue to do so in missions to Mars and perhaps the moon, given the rise of privatized space flight.

A Rose from Hubble

Quote from Clines and Kline, May 1960

If man in space, in addition to flying his vehicle,must continuously be checking on things and making adjustments merely in order to keep himself alive, he becomes a slave to the machine.

The purpose of the Cyborg, as well as his own homeostatic systems, is to provide an organizational system in which such robot-like problems are taken care of automatically and unconsciously, leaving man free to explore, to create, to think, and to feel.

During the Golden Age of Comics, Robotman was a star in 1942. In the storyline, he was the creation of scientists Robert Crane and Charles Greyson. These men discovered a way to store human organs within a robot. Because of the murder of Crane by the underworld, Greyson inserted the Crane brain into Robotman.

To date, this may be the oldest reference to a bio-machine interface yet found. American job listings in Biometrics have increased from 2006 to 2013, with a decline in 2010, shown in the circled area of the curve in the second graph in the set presented above.

Jobs are located mostly in Washington DC, Virginia, and Foster City, CA. Many of these jobs involve government contractors.