How to Learn French for People with No Previous Knowledge?

Sheila is a kids' author who speaks French! So, she composed easy tips to help you with popular French phrases.

French is not a simple language to master, because of its particular pronunciation; nevertheless, if you know how to speak Spanish or Italian your task of pronouncing French words will seem much easier. French is a Romance language derived from Latin. It's composed of verb conjugations and is gender specific, for sure.

The best way to learn French is first to learn how easy it is to, do something you love in French, such as ordering your favorite meal in a French restaurant, or singing and dancing to an upbeat French song you love. You can easily learn from a child and begin to pronounce and read a children’s story like Winnie the Pooh uttered in French, by a Parisian girl, for instance.

Therefore, don't feel bashful, but rather confident and proud. Dust your cute Winnie the Pooh children's book from your old bookshelf, and enjoy following along and listening to the perfect sounding French words of a child.

Learn to Speak French as You Listen to the Story of a Girl! Animals are eating each other until a lion is kinged in his area.

Learn French by Reading a Simple Children's Story in French.

Now, You Can Dance to a French Song as You Take in French!

Afterwards, be spunky and get into your fabulous dancing shoes. Have fun stepping and singing along to Elle Me Dit, "She Tells Me," in French. It's easier to learn the intonation of French words as you innocently digest the French rhythm within yourself as you dance. This can easily happen as you move about in this trendy French song.

Elle Me Dit - She Tells Me French Song

Why You Can't Be Too Shy to Try?

Don’t ever feel intimidated to glance over a French menu, while salivating over a dish you typically love to eat. Perhaps, it's steak and French fries, or simply a hamburger or, perhaps, it's a French delicacy such as escargot or French onion soup, for instance.

When the French waiter approaches your table to take your order, if you can't say anything at all, all you need to do is point to your dish on the menu and say "sa."

Learn to pronounce basic French words by sounding them out in your mind, after you've heard someone utter the proper pronunciation. If you have extra time, you could practice speaking French to yourself in front of a mirror. Get a kick out of observing your mannerisms, and new facial French expressions. Don't forget to give yourself a pat on the back for learning something new.

Now It's Time to Pronounce a Few Basic French Words.

There Is No Magic Formula to Learning French! You Must Practice All the Time. This Makes Perfect Sense!

Learn to pronounce basic French words by sounding them out in your mind, after you've heard someone utter the proper pronunciation. If you have extra time, you could practice speaking French to yourself in front of a mirror. Get a kick out of observing your mannerisms, and new facial French expressions. Don't forget to give yourself a pat on the back for learning something new.

Though there is no magic formula to learn how to speak French quickly; there is a way to get into a French chat with internet folk. Frankly, I know if the French conversation is motivating enough and presented in an amusing manner, you'll easily pick up the proper pronunciation.

Naturally, you'll want to learn more! Then, with practice, repetition and continued exposure to the French language, its dire comprehension will readily come to you! One magical day you'll be dreaming in French too, I can assure you of this! This happened to me after spending three weeks in Paris.

It's best to move on and learn extra words when you have mastered a particular set of French words. My advice to you at this moment is to listen and enjoy these French videos I have presented here for your learning over and over again until you can repeat the French words on your own.

And when you have mastered how to say, "Winnie the Pooh," and can sing Elle Me Dit, and order your meal in French; you'll be prepared for my following French hub listed below. Hopefully, you'll want to enroll in a basic French class, to continue your training, before your next visit to France. Good Luck!

I am taking a shower. 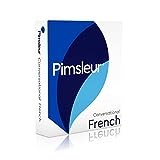 Get Ready to Learn More French!