How to Say "Awesome" in Several Different Languages

The word "awesome" is very unique, and has been often used in the English language. A simple definition of the word can be used as "something which inspires awe and wonder". However, most people over use this simple word and have made it lose the sense of meaning in some respects. So the proper use of saying the word "awesome" could be when something causes you to be filled with some sort of admiration. Some examples could be when you find a high dollar bill in your jeans you just got out of the dryer, a marathon of Looney Tunes comes on TV, or you are invited to a secluded island where the cloning of ancient extinct dinosaurs exists.

If you are unsure what else can be called "awesome", here's a site that is nothing but that.

However due to the overuse of the word, some feel it shouldn't be used as often as it does. In fact a man tried to campaign against the use of it in California. Therefore, it is very important to be familiar with the proper use of the word "awesome". Most of it has to do with a person's perspective on how they view things in their life. What may stir excitement and awe in one person, may bore another. Thus you can't expect to please everyone.

Whatever may be the case, by using the word in the correct manner you will give yourself some creditability. But in addition to saying “awesome” in the right setting it’s important to know how to say it in the correct way if you happen to travel to a distant country or you find yourself around a bunch of tourists. Yes saying the word alone in English around foreigners will not do it justice. Here are some translations of the word “awesome” in other languages that I find to be, well awesome.

Yes there are numerous languages that could be mentioned along with the ones above, but you know what? These are a few that will stun everyone with enough awesomeness. If anymore were to be listed, the awesomeness could not be contained. These will hopefully help you in your quest to spread the word "awesome" to ones in other lands.

Remember, whatever you personally feel to be awesome, don't hold back from saying it in whichever language you choose. Each person has their own opinion, but the important thing is knowing what you find to be awe inspiring.

Although some may be mad enough to try to ban words such as awesome, don't let that stop you. Unless of course your area does accept banning the word and thereby outlawing the use. But otherwise feel free to express your personal experience of being awestruck.

The Book Of Awesome 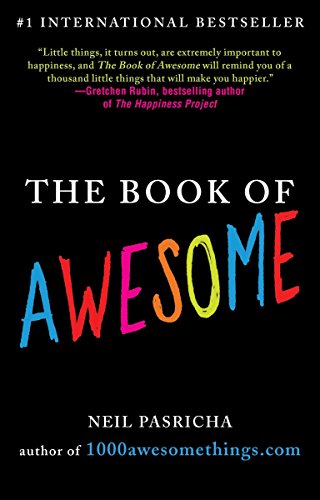 Other Things That Are Awesome

There are many other ways to be awesome. You can plant a tree, help an elderly one cross the street, support your local PBS station, or join your neighborhood watch program. Again, depending on the person's view on things they may not see what you're doing as "awesome". Still, your effort will be noticed by many in trying to be awesome. Saying the word itself in another language shows you're already awesome in itself. If for some reason you feel the need to educate yourself more however, check out this book on what's awesome. It will help instruct you in becoming more awesome.

Which Language Is Awesome?

Besides English, which language is best for saying the word "Awesome"?