How to Find the Pleiades Cluster in the Night Sky

The Pleiades (Messier object 45) is something most people have heard of before. Even if you don't recognize the name "Pleiades," you may know this celestial object by one of its other names. It's often called the Seven Sisters, and in Japan, its name is Subaru. Whatever you wish to call it, the Pleiades is something that's fairly easy to find in the sky once you know what to look for and when to look.

When to look for the Pleiades

The best time to look for the Pleiades is in late fall and winter, when it's visible throughout much of the night. As you get later into winter, however, it will only be in the sky for the part of the night. If you don't like stargazing in winter, you can still see the Pleiades during the first half of spring. It's visible for a few hours in the evening in late March and early April, but once you get into late April, you'll only be able to see it briefly after dusk before it disappears below the horizon. We lose it completely from our view during the second part of spring and the first part of summer, but you can see again it in the early morning sky by late July.

The time frames given above are approximate. The exact timing of when the Pleiades will be visible in your sky varies slightly depending on your location.

Where to look for the Pleiades

Now that you know when to look for the Pleiades, let's go over where to look. The exact position of the Pleiades will vary depending on what time of year and what time of night it is. However, most of the time, it will be somewhere in the south, southeast, or southwest (when it's getting ready to set, you might see it more to the northwest). The Pleiades is found in the constellation called Taurus the Bull (one of the zodiac constellations). The best way to find Taurus is to look for a group of stars that looks like the letter "V." That makes up his face. To the right of the "V," you'll see what looks like a small clump of stars. That's the Pleiades. Some people say that it looks almost like a tiny dipper (in fact, some people mistake it for the Little Dipper).

If you have trouble finding Taurus, you can first look for Orion the Hunter. The best way to find him is to look for three stars in a diagonal row that make up his belt. Draw an imaginary line between those stars up and to the right. Continue your line, and you should come to the "V."

If you don't see seven stars when you look at the Pleiades, don't worry. Most people can only see about five or six stars. However, if you have incredibly good eyesight and very dark, clear, steady skies, you might even be able to see more than seven. If you look with a pair of binoculars or a small telescope, you can see more - maybe around fifty, depending on the strength of the binoculars or telescope.

What exactly is the Pleiades?

The Pleiades is a star cluster, which is more or less what it sounds like - a group of stars held together in space by gravity. There are two types of star cluster: open and globular. Globular clusters are made up of tens of thousands to millions of mostly old stars packed together in a spherical shape. Open clusters are made up of younger stars, the stars are more spread out, and the total number of stars is lower (between a hundred or so to a thousand). The Pleiades is an example of an open cluster. The V-shaped group of stars that made up the face of Taurus is another open star cluster. That one is called the Hyades.

The Pleiades is made up of at least 1,000 stars. These are mainly young stars, between 75 million and 150 million years old (for comparison, our sun is a little over 4.5 billion years old). Many of the stars are hot blue stars, and there are also many brown dwarfs (objects that aren't quite massive enough to keep fusion going in the core).

The Pleiades in mythology

Many stars and constellations have myths associated with them, and the Pleiades are no exception. According to Greek myth, the Seven Sisters were the daughters of Atlas (the titan who had to hold the sky on his shoulders) and the sea-nymph Pleione. The most well-known version of their story says that Orion saw them, fell in love, and chased after them for seven years. They prayed to Zeus for help, and he transformed them into birds and put them safe in the sky among the stars. Unfortunately for them, when Orion died, he ended up in the stars nearby, and now chases them once again.

There are other myths that try to explain why you can only easily see six of the seven sisters. One story says that one of the sisters, Merope, took a human husband, while the other six were consorts to gods. Merope left in shame (or was chased away). Another story says that the missing sister is Electra, who was so upset over the destruction of Troy that she left and became a comet. 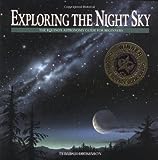