How to Tell Someone You Miss Them in German

Saying "I Miss You" In German

How to Say "I Miss You" in German

German is not an easy language to learn, at least at first. Sure, eventually you will catch on to the language as long as you study hard and stay patient. For me, it took me eight years to get comfortable with it.

I am not saying this to make you feel uncomfortable or stress you out. Only, I want to encourage you to be realistic. Learning a new language like German isn't easy. It's completely doable - but it can be rocky at times.

But, what if you want to say just one word or phrase? You don't need to study the language endlessly in order to do that. All you need to do is memorize that phrase and the response.

I've run into trouble before memorizing how to say a phrase or ask a question in another language - but then I couldn't figure out what they said back to me. So, I'll give you both. 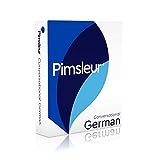 Say "I Miss You" in German

So, how do you tell someone that you miss them in the German language? First of all, you may find that you actually want to learn the German language for real. If that is the case, I recommend two language programs that have helped me quite a bit - Pimsleur German and Living Language German.

For some reason, I have a hard time accepting that it is possible to memorize individual phrases. Though German was hard, it was worth it in the long run. I spend five years living in Germany and traveling throughout German-speaking Europe and it was amazing.

How to Say I Miss You in German

Anyway, I'll get on with it. This is how you say "I miss you". I have some people I can tell this to in German right now! When I moved, I left a lot of friends behind.

If you are saying it to someone that you know very well like a friend or a family member, you would use the informal version of that phrase. This is the one I would use. I have several really good friends who are still living in Germany.

The two phrases, though different, mean exactly the same thing.

It is unlikely you will ever need to say that you miss someone in a formal way. If you know them, you'd pretty much use the informal. If you didn't know them, why would you want to tell someone you miss them? Maybe if you were addressing a teacher or professor?

This just doesn't make sense. As a disclaimer, I am not a native German speaker. However, I am quite fluent. I can't imagine a scenario where I would use the formal version. If you are a native speaker and can think of a situation where you'd need it, can you leave a comment and tell me?

Anyway, I'll give you the phrase anyhow. It's "Ich vermisse Sie".

How to Pronounce German

How do you pronounce German?

How do you pronounce German?

Let me try to spell it phonetically in English.

For the informal version:

For the formal version:

Do your best to follow my phonetic spellings. If you get stuck, watch the video I've included here so that you can learn how to pronounce each letter. This should help you quite a bit.

Where is German Spoken? 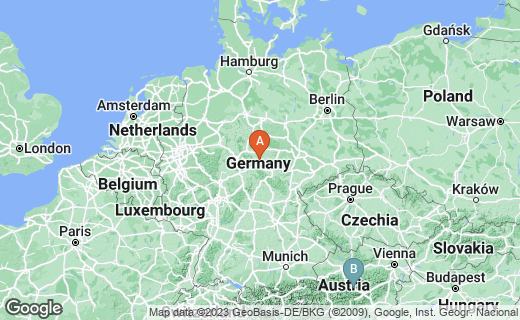 German is spoken primarily in Germany and Austria. It is also spoken in parts of France, Switzerland, and Italy.

How will they respond?

I remember once I asked, in perfectly pronounced German, how to get to a certain landmark in a major city. This was back in the early days of me learning the language. His response came at me in a rush and I couldn't piece together what he said.

He threw up his hands when I looked bewildered and grabbed a map and pointed.

Fortunately, the response you will get when you tell someone that you miss them is a lot simpler than that. The person will either say Danke (Thank you) or I missed you too (or both). The Germans would use the word auch (owck) which means "also" or "too".

For example, if you say to someone:

They could also say:

These are typical responses that you can expect. All of them should be fairly easy to understand, especially since most of the words for the responses are already in the phrases you have just learned.