How to Prevent or Avoid Fights and Physical Confrontations

Have you ever gotten into a fight that turned real nasty? Did the fight end up with you sustaining some serious injuries? Did you wonder at the end of it that you could have avoided getting into that fight in the first place? Well, if you did wish that you hadn't gotten into the fight, then you should read on about how you can possibly avoid getting into fights that could potentially progress to serious physical confrontations. The first step you can take towards avoiding fights and physical confrontations is to know yourself. Get to know you! Study yourself and your triggers. For example, do you know how easily you get provoked and get provoked by what? How much can you take verbally without responding? Study yourself and your past reactions to incidents. This is important because you get to know your triggers and knowing is the first step towards dealing with and developing strategies to cope.

Having thus gained an in-depth knowledge of how you've behaved in specific instances in the past, you can now begin to tackle such instances in the future. For a fight or physical confrontation to ensue, you need both sides to participate. Obviously, you can't control what the other person does. That's up to him/her. What you can control is your reaction. You can, for example, make a conscious decision to not respond to the insinuations or accusations leveled at you. If however you feel you need to respond, do so curtly and firmly without being verbose. Leave it at that!! Don't be tempted to respond to each and every comment of the instigator. Doing so would invariably draw you into a prolonged and invariably heated conversation, which may quite possibly lead to a physical confrontation eventually. So, be in control at all times and the key to doing that is to control your temper. Don't let insults and abuses hurled at you affect you enough to give in to the natural urge to escalate by doing the same yourself.

Don't try hard to prove the instigator wrong by responding to each insult/accusation/provocation. Chances are they have already made up their mind and just want to escalate the situation further and bring you down to their level. Don't fall in to that trap.

How to Win a Fight: A Guide to Avoiding and Surviving Violence
Buy Now

Nip The Problem In The Bud By Ignoring

The idea here is to nip a possible confrontation in the bud. Don't let it get to that stage in the first place and you have no fight to fight. Some people find it difficult NOT to respond to any accusation or provocative language. My advice to them would be to mentally repeat a phrase or sentence such as "I will not dignify those comments with a response, I will not, I will not......" Or, try counting down numbers or anything else that would redirect your mind. The idea is to not hear what the instigator is saying, but to focus your mind on not responding. This is important because some people just can't take accusations or insinuations and have an almost uncontrollable urge to respond to each and every sentence of the potential accuser/instigator.

Falling into this trap almost always makes the situation worse and makes the conversation more heated with each passing accusation and counter explanation. Why bother to explain to someone who's in it for a fight? You don't have to prove you are macho to a loser. Just ignore him/her. It doesn't reflect on your courage or anything. You don't need to feel obliged to respond to anything. Ignore - ignore - and then ignore some more.

Ignoring an individual who wants to fight can work like a charm. They invariably feel stupid after a while of ranting and raving. They might even apologize to you once that realization dawns on them. Try it out!! It could save you some serious injuries! 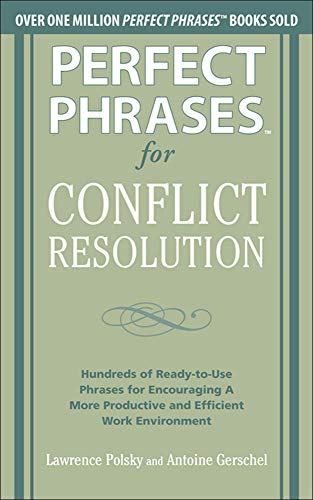 The Coward's Guide to Conflict: Empowering Solutions for Those Who Would Rather Run Than Fight
Buy Now