Precy enjoys helping others learn to speak and appreciate the Filipino and Ilocano language. She also writes about Filipino culture.

Ilocano is one of the many languages spoken in the Philippines. Some or many, prefer calling Ilocano a dialect like any other regional laguages for an easier term referring to it as one of the many regional languages since Tagalog was declared as the basis for the country's national language. Although Ilocano isn't taught in Philippine schools, it is widely spoken and is the third most spoken language in the Philippines with native Ilocano speakers mostly in Luzon which is the largest island located in the northern part of the country. Travelling up north to Luzon will immerse you to Ilocano speakers as well as in Central Luzon where Ilocano is spoken as well. One in particular is Zambales where I was born, my mother's beloved province. La Union is another province in the Ilocos Region of Luzon that speaks Ilocano. In fact, Ilocano was recognized as the province's language in the year 2012. And don't forget the City Of Pines, Baguio where people speak Ilocano. 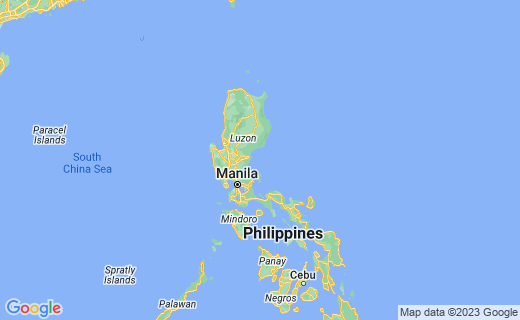 Some have told me Ilocano is hard and another regional language is easier to learn. Learning to speak another language or dialect isn't always easy and it isn't going to be too hard either, and when it comes to learning on how to speak Ilocano, it isn't that hard specially if you speak the national language, Filipino. Why is that? Because there are, I wouldn't say a lot, but some similarities in words. Add to it pretty much the sentence construction has similarities too.

Let's get on learning Ilocano starting with adjectives this time. But to get you warmed up, you may want to start with Ilocano pronouns first and Ilocano verbs, or vice versa.

Learning Ilocano adjectives is vital in learning to speak Ilocano as these adjectives are used along with nouns, specially the commonly used ones. They make learning fun and exciting enabling the learner to describe day to day situations.

What are the commonly used Ilocano adjectives? Refer to the table below. I included their Filipino or Tagalog meaning as well for Tagalog speakers.

These are Ilocano adjectives commonly used. This isn't a complete list but is just something to start you with.

The following table of nouns isn't a complete list but is a good way to introduce you to some of the commonly used Ilocano nouns. The Filipino words are included as well for Filipino speakers.

To understand it easier on what ti is in Ilocano, look at ti as a linker, like a bridge connecting or linking the verb and pronoun to a noun in Ilocano sentences. For Tagalog speakers curious as to what ti is in Tagalog, it is the equivalent of ng where ng is used as object marker in actor focused verbs. Before we go any further using ti in Ilocano, let's take a look at these examples with ti linking Ilocano verbs and pronouns in their nouns.

Below are examples of simple Ilocano sentences with verbs and pronouns attached to them and linked to nouns. Notice similarities of pronouns used. Take a look at the nouns as well. Most of these nouns are common nouns. And although some are proper nouns, examples are pan de sal and parya, there are no proper names. Pan de sal is a bread and parya is a vegetable. Ti is not used to link verbs to proper names.

More on How to Use Ti in Ilocano

An adjective comes first linked by ti to a noun. Notice that the usage of ti in the table below is now the equivalent of ang in Tagalog or the English the.

Let's expand our Ilocano sentences a little bit more by adding some pronouns on some of the examples above. Let's use one of the Ilocano pronouns discussed in the previous article - Ilocano Verbs, Pronouns and Simple Ilocano Sentences.

Napintas da. They are beautiful.

Da is an Ilocano pronoun that corresponds to the English they and their. Notice how it was used in the examples. While da or they in the second example receives the Ilocano adjective napintas or beautiful, it is used as the English their in the first example which shows possession.

More on How to Expand Ilocano Sentences

Let's have more examples of expanding Ilocano sentences by adding time frame in our previous sentence examples in the table above. Let's use some of the ones listed in the table below.

Let's use one of the previous examples we used earlier with a verb, a pronoun attached to it linked by ti to a noun and another pronoun recently mentioned - da for their. Let's add idi kalman from the table above to say that something was done yesterday.

It would translate to 'Naglinis ako ng bahay nila kahapon' for Tagalog speakers. Practice helps in stepping up the ladder of learning any languages and Ilocano isn't different. There's more to learn in Ilocano and that would be on the next article. This isn't a thorough lesson but referring to the tables above of adjectives, nouns and simple Ilocano sentences to practice sentence expansion by adding time frames would make learning fun. A great way in addition to this is speaking with Ilocano speakers to put what you have learned in use.