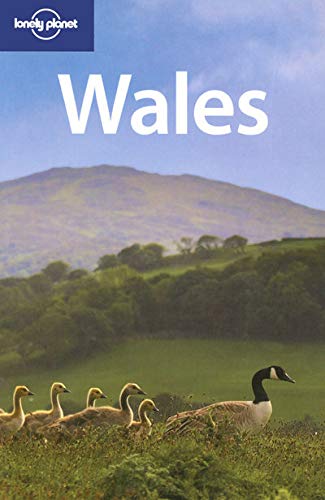 There are throughout the British Isles numerous accounts of monstrous creatures that live in pools, lakes, and rivers, causing strife and misery to the local folk that dwell nearby. Some of the accounts are based in folklore, whilst other stories appear to be more recent in origin. In this article, I attempt to introduce you to some of these creatures from the Brythonic lands of Cymru.

With its name derived from "Lake of Beauty", Llyn Tegid is located near the town of Bala from which its English name, Lake Bala, is obtained. This tranquil lake is found in Gwynedd, north west Wales. Its waters are famous as the home to one of Britain's rarest animals, the gwyniad. A type of freshwater whitefish with pale white scales, the gwyniad has inhabited Llyn Tegid since the last Ice Age.

The gwyniad may not be the only creature that was caught by the change in climate. Several people have claimed to have seen a monster residing in the waters of Llyn Tegid. Akin to the Loch Ness Monster, the beast has been named Teggie by the locals. Reports started to appear in the 1920s, with the animal being described as crocodilian in appearance.

The first attested documented report was made in 1975, and was written by the former lake warder, Dowie Bowen:

"I was looking out at the lake and saw this thing coming towards the shore. It was at least 8 foot long, similar to a crocodile, with its front and rear ends about 4 inches above the water."

A sighting was reported in 1979 by The Sunday Express and describes how Anne Jones saw the monster. She was gazing out on peaceful water when the surface began to foam and bubble. For a few seconds she saw what looked like a huge hump-backed beast.

"I shall never forget it. All I saw was its huge back, and froth boiling around it."

Another sighting in 1979 was recorded by a local businessman who was fishing with his cousin in the lake. John Melville Rowlands described how he and his cousin saw something with a large head like a football and big eyes, which was nearly 8 feet long swimming towards them. It disappeared beneath the water just before it reached their boat. Mr Rowlands said that the animal was something very large unlike the large pike normally seen.

A more recent sighting was made In March 1995. A pair of fishermen, Paul and Andrew Delaney, were out on the lake in a small boat. A small head appeared about 80 yards from them, which them raised itself from the water on a long slender neck. It reached a height of about 10 feed, then disappeared back beneath the surface. Londoners, the pair deny any prior knowledge of sightings of Teggie before their encounter.

A Japanese television crew investigated the lake later in 1995, and recorded a sonar trace of a very large, unidentified object moving swiftly under the water. Like so many of these investigations, the crew failed to film anything.

Local folklore attributes boating accidents to Teggie, and there are theories abound on what the creature might be. These vary from a prehistoric crocodile or plesiosaur, to seals allegedly trained in the lake to find sea mines to help with the war efforts during the First World War [1].

My favourite explanation of the monster is scarier than fiction, and is an account by the local fishermen, "There are pike out there the size of men. If you fall in, there won't be much of you left." [2] 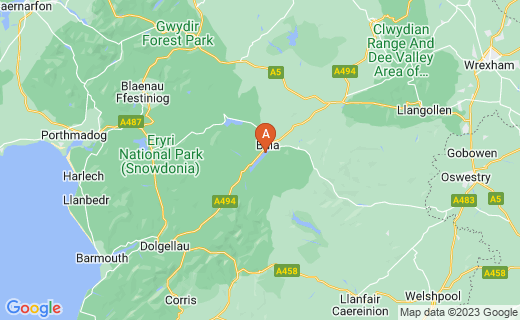 Llyn Ffynnon Las (Lake of the Blue Fountain), now known as Llyn Glasslyn (literally meaning, Lake Blue Lake), is home to a beastie named Afanc. He has not always lurked beneath these waters, having originally come from the waters of the River Conwy from which he was taken by force. Afanc's home was a place called Llyn-yr-Afanc (Afanc's Lake) in Betws-y-Coed. It was from here that the monster caused misery for the folk that lived in the valley through which the Conwy flowed. Afanc when angered, caused flooding which ruined crops and drowned livestock.

One legend tells how Afanc flooded the whole of Britain, with only two survivors named Dwyfan and Dwyfach [3]. Local belief holds that King Arthur himself killed Afanc, but the legend around Llyn Glasslyn holds that the creature survived.

Many tried to kill Afanc, but no spear or sword could harm it. It was decided that Afanc must be taken to a place where his tantrums could harm none, and so a plan was formed by the local village leaders to drag the monster out of Llyn-yr-Afanc and take him high up into the mountains to a lake in the shadow of the peak of Mount Snowdon.

The finest blacksmith in Wales was called upon to make a set of chains to bind the monster. The greatest oxen were called to pull him from the waters. And a fair maiden in Betws-y-Coed volunteered to lure the beast from his pool.

A farmer's daughter, the girl sat on the banks of Llyn-yr-Afanc and sang a gentle song. After a while, the waters bubbled and the terrible head of Afanc appeared. The maiden did not falter, and began to sing Afanc a lullaby, which soothed the beast. Afanc placed his head on her lap and nodded off.

Immediately, chains were cast about him, and the oxen set to work as the monster awoke with a roar and thrashed about wildly. It seemed for a moment that Afanc would escape, as he slid back beneath the waters of his lake. But with a strain, the mighty oxen heaved him out, and pulled the struggling beast all the way up to his new home.

Folklore tells how one ox struggled so hard that he lost an eye. It fell with a plop into a mountain pool, which since bears the name Pwll Llygad yr Ych, (Pool of the Ox’s Eye).

Finally reaching Llyn Glasslyn, the chains were undone and Afanc slid beneath the dark waters of the lake which became his home.

Flood misery is no stranger to the people of the Conwy valley. To this day, the river Conwy bursts its banks in times of high rainfall, and a great deal of money and effort has been put into flood defences in the region. It is quite likely that Afanc was a creature created to explain these natural disasters and attribute the blame to. Or is it possible that he has once more slipped back into the river from his mountain pool?

Llyn Glasslyn near the summit of Mount Snowdon, North Wales 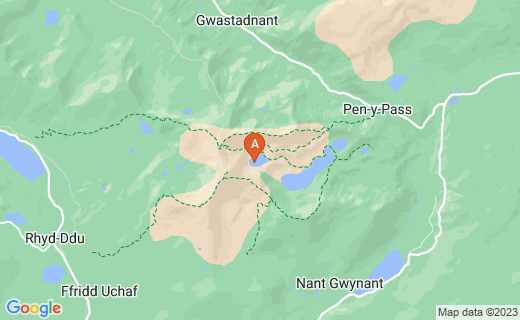 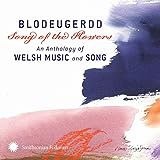 Blodeugerdd: Song of The Flowers - An Anthology of Welsh Music and Song
Buy Now

Legend tells of a beautiful maid that dwells beneath the waters of the lake known as Llyn-y-Forwyn in Rhondda Cynon Taff, South Wales. The name of the lake translates as “The Lake of the Damsel”. It is said to be inhabited by the fair and deadly Nelferch.

Some believe that she is of the Faery Realm, the lake itself being a magical place where one may travel to the Otherworld. There are charming fairy tales around how she would choose a human husband, in the manner of an Elf Queen, and they would live happily for some time in the Human Realm before some unfortunate event would break the spell and she would have to return to her watery home.

Others believe that Llyn-y-Forwyn is a cursed place, and Nelferch is a restless spirit, ever hungry for men to drown and keep her company beneath those cold and murky waters.

One local tale explaining Nelferch's origins describe her as an unfortunate human girl who met her end due to foul deeds. Betrothed to a young man, her love was true, but her fiancé's sights were elsewhere. The fickle lad had fallen in love with another, and made wicked plans to be rid of his former sweetheart.

On the evening before their wedding, he took his bride-to-be for a romantic stroll along the lakeside. Pausing by the water's edge, he pulled her closely to him and whispered to her to close her eyes. Expecting a tender kiss, the young lady was completely unprepared as her beloved pushed her, causing her to fall into the cold lake. She thrashed and screamed, calling for help, as the villain walked away, his work done. The poor girl was drowned, and denying any knowledge of his missing fiancée, the young man was free to marry his new love interest.

The murdered girl never found rest, instead she took to haunting the scene of her untimely death. Some folk have reported hearing shrieks from the waterside, and the sound of splashing water as if someone is struggling to swim. A few tell of seeing a half-naked maiden emerging out of the lake with a terrifying scream, her wet hair hanging lankly over her pallid shoulders as she comes for them, arms outstretched. Heaven has no rage like love to hatred turned, nor hell a fury like a woman scorned. Nelferch became a monster, ever seeking vengeance.

Be warned if ever you take a stroll along the lake shore. Should you see a beautiful woman emerge from the waters, run. For she may take you to join her. 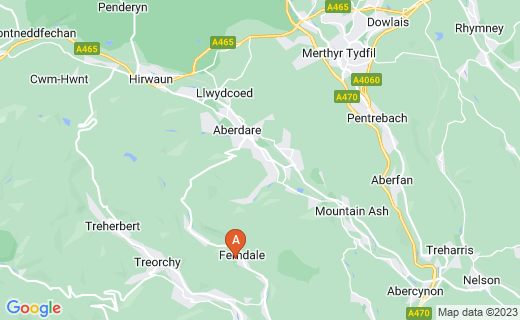 [1] Cryptozoo-oscity.blogspot.com (Warning, this site tries to make you download Java & flags a phishing warning with anti-virus software. Visit at your peril!)

[2] The Independent Online, Bala and the Shy Lake Monster