The Visionary is an Innovator

Who is the Visionary?

Also known as the entrepreneur, the innovator and the pioneer, the visionary archetype applies to people who break free of traditional expectations and rules, those who act as agents of change, as well as those who rely heavily on their dreams - envisioning a better future.

The visionary is a powerful archetype, capable of shaping the future, but that power comes with great responsibility, and an opportunity to misuse the power if one so chooses. The visionary comes in many forms, inwardly focused and reserved, to free-spirited and unconventional.

Usually, visionaries can be spotted by the company they keep. They tend to be wallflowers, but become more social when surrounded by other visionaries. Famous visionaries include people like Thomas Jefferson, Benjamin Franklin, the Wright brothers, Arianna Huffington and Steve Jobs.

The difference between visionaries we hear about and visionaries we don't is the willingness to set a creative idea in motion. Visionaries work to explore the limits of human potential. The dreams of those who fit this archetype are extremely important, and it is essential that visionaries embrace their dreams as if they are already realities. 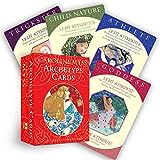 The Life Journey of the Visionary Archetype

Every archetype has a certain path they are meant to follow - the journey of the visionary is to foresee both possibilities and probabilities. Visionaries can sense the changing impulses of a society. Considered to be the engine of change, this archetype provides some of the most essential ingredients to forge a better world - inspiration, motivation, hope.

Visionaries come in all shapes and sizes, from Martin Luther King Jr. to Bill Gates. None thought that their visions would become reality, but all made it possible. Though the majority of visionaries don't become world-renowned for their contributions, they are all change agents working to build a better world.

Some people think that visionaries are flighty or indecisive, but they are extremely insightful, usually just caught up in their own ideas. Often they have difficulty finding jobs because their ideal position is one that they create themselves.

The Unique Challenge of the Visionary Archetype

The unique challenge that faces the visionary is two fold - coming up with innovative ideas, then following through with those ideas. Many visionaries get stuck in the first part of this challenge, but don't succeed with the follow through. The visionaries who are capable of changing the world are the ones who believe in the power of their dreams.

Commitment to an idea that has the power to transform lives is a vision worth nurturing. The bottom line is, visionaries must stay committed to their vision long enough to see it to fruition.

Do you consider yourself to be a visionary?

The Universal Lesson the Visionary Archetype Must Learn

The visionary archetype must learn to experience the power of their creative vision, and realize its potential in the larger scope of their lives. Visionaries receive acclaim not only for what they contribute to society, but also because they took a risk on something that could potentially impact the lives of many people.

Visionaries remind us that all ideas have the power to shift the ground beneath our feet. Change, whether professional or personal, can be extremely intimidating. The visionaries are admired because they are not afraid to dream big dreams and follow them, and they thrive on change.

When the visionary realizes who they are, they can embrace the defining grace of this archetype - courage. The grace of courage can help the visionary make the right choices and choose the right path. Life is really not that complicated, but we make it complicated when we fight our intuition.

A Writer's Guide to Archetypes 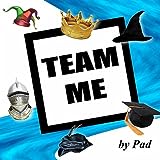 The Inner Shadow of the Visionary

Every archetype has the power to make positive changes in this world, especially the visionary. However, they all come with their own inner shadow as well. The dark side of the visionary is imagining the worst possible outcomes, prophesying doom and gloom.

In times of great change, its not unusual for people to feel anxiety about the future. Filmmakers, videographers and game designers are exploiting the underlying dread rippling through the collective unconscious.

The dark visionary doesn't just live out there in the world, the dark visionary lies within all of us. We all have, at one point or another, envisioned the worst case scenario. For the visionary, challenging the dark side calls for cultivating and observing one's thoughts, in order to differentiate between dream based visions and fear based visions.

The Visionary Can See a Better Future

Visionaries are spontaneous, courageous and daring. They usually stand out, making it easy to spot this archetype, but if you are still unsure whether or not this archetype profile fits you, here is a list of common traits and behaviors possessed by the visionary:

The visionary can gain power by spending time with themselves, staying optimistic, cultivating their courage and allowing their creativity to have free reign over their lives. This archetype loses power when they dwell on the past, give into fear and resist change.

The visionary has within them the power to make a profound difference in the world and create positive change. Whether envisioning themselves as a new person or using their vision to help the lives of those they know, they are capable of coming up with innovative ideas and solutions as long as they never doubt their dreams.