Interesting Facts About The Centaur

Interesting Facts About The Centaur

The centaur stemmed from Greek mythology and are characterized as creatures that are composed of having the top half of a human and the bottom half of a horse.  They were descendents from Centaurus and they were usually governed according to the bestial side of their double nature.  The centaur were uncouth and even the smallest amount of wine could make them very wild and they loved to drink more than anything else.

Because of their half-animal and half-human composition, writers have often treated them as liminal beings, which are fantasy characters that have two distinct states in one physical body.  Other liminal beings include hybrids of human and animal, vampires being both dead and undead, the Green Man of human and vegetable origin, the Bionic Woman and Spock from Star Trek.

Some believe that the centaurs were born from Nephele and Ixion directly but a more popular theory is that they were the offspring of the Centaurus who mated with a Magnesian mare.

Centaurus created an offspring called the centaur and just like them, he was savage, wild and lustful. He drank all the time and could not handle his liquor and produced children that were almost always drunk. The story of how Centaurus came to be and why he chose to mate with horses is quite intriguing.

The god of war, Ares, had a son named Ixion. Ixion married Dia and she was the daughter of Deioneus, another god. In order for Ixion to be able to marry someone so exquisite as Dia, he was required to pay a dowry to her father. When he failed to pay over a period of time, Deioneus broke into Ixion's stables and stole his horses to cover the debt. Ixion pretended to be calm and invited his father-in-law to dinner where he murdered him by pushing him into the fire. This made him the first Greek mythological being to murder a family member. After this, Ixion turned insane.

Zeus felt sorry for Ixion so he took him to Olympus and this is when Ixion first laid eyes on Zeus' wife, Hera. He fell in love with her at first sight and soon Zeus realized it. He didn't want to believe Ixion would betray him so he set a trap by creating a cloud figure of his beautiful wife that he named Nephele. He laid her next to Ixion while he was sleeping. When Ixion woke up, he thought Hera was lying beside him and he started to have sex with her. Zeus was so mad that he damned Ixion to be bound eternally to a burning star.

Nephele, who Ixion had really had sex with, conceived a child from this union, and named Centaurus. He was deformed, hunched over and never found peace with humans. The only place he felt loved was roaming on the Pelion Mountain with the Magnesian horses who he mated with and spawned offspring, called the centaurs.

Centaurus was the first to group the stars in the sky into constellations and he taught the centaur how to read them.  The constellation was to represent Chiron, who was the King to the centaurs, however, unlike the centaur race, the king was extremely intelligent.  He was so wise that he tutored Hercules and the two became great friends.

Hercules was visiting his friend Pholus, who was a centaur and the two were having dinner.  After eating, Hercules was thirsty and helped himself to some wine; however, he drank the sacred wine reserved for special occasions.  Pholus saw Hercules was drinking this wine but couldn't gather the courage to tell him to stop.  The sacred scent quickly reached the other centaurs so they grabbed their weapons and charged Pholus' house.  Pholus fled and left Hercules by himself to fight off the angry centaur, which he did with little effort.  After some of them were dead, the rest ran away in fear.

One of Hercules' poison arrows shot the knee of Chiron who was only coming to stop the violence and not be a part of the fight.  Since Chiron was immortal he could not die from the wound but lived forever in great pain.  Finally, he cried to Zeus to spare him of his pain and his life, so Zeus took pity on him and allowed the centaur to die an gave him a place among all of the stars to live forever.

Centaurs From The Chronicles Of Narnia

In the Chronicles of Narnia, the centaurs were portrayed as extremely intelligent creatures unlike those of Greek mythology and they were often prophets.  The two primary centaurs were Oreius, who was in Aslan's army and Cloudbirth, who was a healer.

The centaurs had a lifespan of up to 200 years.  They ate apples, herbs, oaten cakes and cheese and drank plenty of wine.  They had two stomachs, one from a man and one of a horse and they had to fill them both when eating.

There were female centaurs in this interpretation and when at war, they would use a bow while the males would use their hooves or swords.  It was considered a great honor to ride a centaur however, there were few that ever received that privilege.

Fabulous modern day fables like this keep the idea of the centaur alive and allow future generations a chance at appreciating mythological beings.

My Other Hubs You Will Enjoy 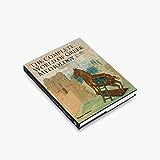