AnesaK is the founder of Red Grape Wisdom, a natural wellness service, and is passionate about leading a natural way of life.

In the light of today’s growing pessimism about US politics and the government, I wanted to go back to a more hopeful time- the advent of the USA as a republic. There are plenty of interesting facts the general public is not aware of when it comes to US history. As a gesture of hope about the future of this country, I am sharing some fascinating facts about the personal qualities of the Founding Fathers. By humanizing them, we can further realize that the “all powerful” government is really a collection of individuals from diverse backgrounds that are capable of mistakes and greed and who we can question, challenge and vote out of office as incompetent. We, the people, should reclaim our power as citizens and push for measures that will be beneficial to us and our futures. Doing so means that we should be active participants in politics and show any necessary disapproval through peaceful protests, petitions, and common voice.

So, for starters, here is a trivia question:

Was America almost to have a first King instead of president?

Supposedly yes. Alexander Hamilton led a group of politicians who offered the American monarchy to Prince Henry of Prussia, but then changed their minds before they even got his response.

Here are some other interesting facts…

***When he graduated from Harvard, John Adams became a grammar school teacher. He had said that he would rather sit in school and consider which of his pupils would turn out a hero and which a rake, which a philosopher and which a parasite than to have an income of a thousand pounds a year!

***Thomas Jefferson often spent the equivalent of what is today $470 a day for groceries to entertain his close friends. The wine bill for the eight years he spent in the office totaled to today’s equivalent of $105,000. It is no wonder he died broke and tried to alleviate his death by donating his books to the Library of Congress.

***Alexander Hamilton was killed by Aaron Burr in a duel in Weehawken, New Jersey, on July 12, 1804. Hamilton’s son, Philip, died three years earlier also during a duel- at exactly the same location.

***Benjamin Franklin had one illegitimate son, William. His son went on to become the governor of New Jersey and supported the British during the Revolution, which resulted in the estrangement of the son from his father.

***Thomas Jefferson’s nickname was “Long Tom”. He stood at 6’2.5’’ tall and had carrot red hair that got paler with age. He rejected the norms of nobility and chose to dress in dirty and unkempt clothing instead. He played the fiddle, and he wooed his wife with violin serenades. Unfortunately, she died at the age of 33 and he never remarried. He did, however, father five children with a slave, Sally Hemmings. He was a true Renaissance man and had numerous of interests. He was fluent in Greek, Latin, French, Spanish, Italian and German.

***George Washington was a man of few words with a shy disposition. Twice he proposed to women, and twice he was rejected. He eventually married Martha Curtis, the richest widow in Virginia. By the time he was president, he had almost lost all of his teeth and had new ones fitted from lead, human, cattle and hippo teeth. Due to this, his sunken cheeks were stuffed with cotton for portraits.

***James Madison, nicknamed Jemmy, was a soft-spoken, tiny man of 5’4’’ and less than one hundred pounds. He was too small to serve in the Revolutionary War, so he turned to politics instead. In his forties, he was still single until he was introduced to Dolley Todd by Aaron Burr. He died at the age of 85, outliving all of the Founding Fathers.

Now on to the little known facts about the Constitution….

Did you know that the word “democracy” does not appear once in the Constitution?

***Upon the signing of the constitution (whose length is approximately 4440 words), the population of the US was 4 million and the largest city was Philadelphia with 40,000 inhabitants.

***The oldest person to sign the Constitution was Benjamin Franklin (81) and the youngest was Jonathan Dayton of New Jersey (26). Franklin was in poor health and needed assistance signing the document. Supposedly, tears were streaming down his face while he was doing so.

1893- Renaming USA the “United States of the Earth”

1914- Finding divorce to be illegal

1933- An attempt to limit personal wealth to $1 million

1938- The forbiddance of drunkenness in all US territories

American History is very fascinating, and to be aware that certain spontaneous political decisions at the origin of the country’s existence did make a difference in the way things operate nowadays shows that minor actions and insignificant events can and do alter history. I strongly believe that our place in history as citizens likewise matters and our participation in shaping the future of America will make a difference in its culture, politics and place in the world. Today, optimism about the economy, healthcare and education-among other issues- is low and Americans feel powerless, disappointed and growingly uncertain about the future. But like the Founding Fathers that faced uncertainty about their American “project,” we should have hope and work hard to overcome the challenges ahead of us. Ultimately, the stories about the shaping of America as a country are stories of hope and ambition and can inspire us to dream big as well. 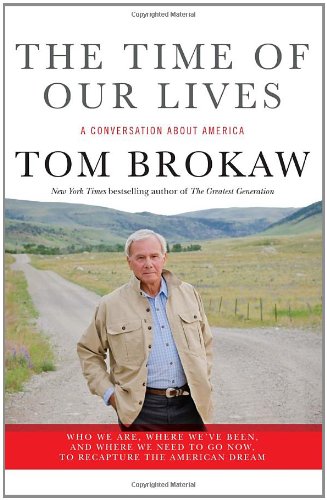 The Time of Our Lives: A conversation about America go now, to recapture the American dream
Buy Now