When people think of Iowa-- if they think of Iowa at all-- they usually think “corn”, “pigs” and “caucuses”. Some think of “potatoes”, but that's Idaho. Few would think of nuclear weapons-- including most Iowans. That's because, until recent years, Iowa's atomic weapons activities have been shrouded in secrecy. After World War II and into the Fifties, when Uncle Sam needed any nuclear weapons at all, he could only get them from the Tall Corn State. 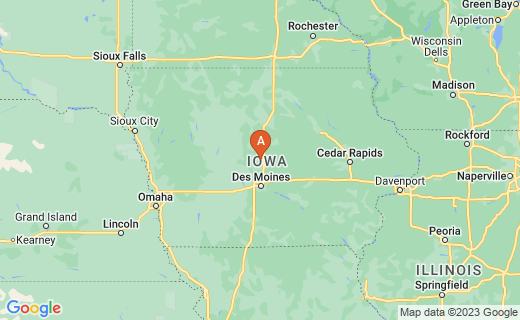 The Ames Project at Iowa State University in Ames, Iowa, played a key role in developing the first atomic bombs. In 1942, chemical research was started at Ames for the Manhattan Project-- the government's top-secret effort to produce a working atomic bomb. Ames scientists developed new methods for producing nearly pure uranium and melting and casting uranium metal. They cast large ingots of uranium and reduced production costs as much as twenty-fold, a process still in use today. They furnished 1/3 of the pure uranium metal used in the first successful demonstration of a chain-reaction pile at the University of Chicago. They created a total of 2,000,000 pounds of pure uranium metal before private industry took over in 1945. In 1947, as a result of this work, Ames Laboratory was established as a government nuclear research facility. Over the years, more than 12,000 workers have been employed at Ames Laboratory and research for nuclear weapons continued into the 1980s. 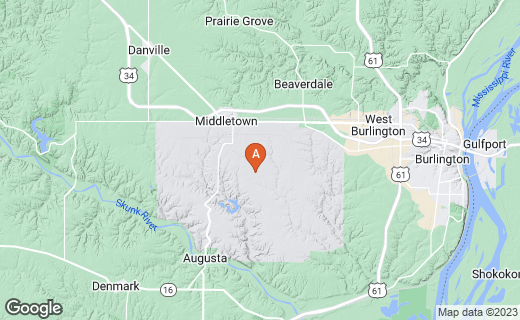 The Iowa Army Ammunition Plant (IAAP) in Middletown, a 19,000-acre (30 square miles) facility just west of Burlington, Iowa was designed and built between 1941 and 1943 as a conventional munitions facility. It has 1,500 buildings, 142 miles of roads and 103 miles of railroad tracks. In addition to conventional weapons, from 1948 until 1975, IAAP secretly produced nuclear weapons for the Department of Defense.In fact, from 1948 into the 1950s, the Iowa facility was the United States' only source of atomic weapons. IAAP manufactured high-explosive components for nuclear weapons as well as their final assembly. From 1975 onward, only conventional weapons have been produced there and it employs 1,000 workers. It is only recently that the secrecy regarding production of nuclear weapons has been lifted.

Radiation and Toxic Chemical Exposure-- Now it Can Be Told

During those early years, it is said that the “latent”-- or long term-- effects of radiation weren't understood. As a result, workers were not adequately protected. Years after atomic workers started getting sick from exposure to radiation and toxic chemicals, Congress got around to passing the Energy Employees Occupational Illness Compensation Act in 2001. Unfortunately, because of secrecy and information firewalls between government agencies, many claims have been denied. For example, engineers at Ames Lab were not covered because it was thought they weren't exposed like workers who handled uranium. This did not take into account those engineers who went to Nevada and ventured onto blast sites hours after a nuclear test to get samples dressed only coveralls. Even IAAP workers have difficulty getting their claims processed because of confusion about whether they worked around nuclear or conventional weapons.

Of small consolation is the fact that the 12,000 who worked at Ames Laboratory and any who worked at IAAP are eligible for a medical screening test. So far, only 358 of 910 claims from the Ames facility have been paid at a cost of $38.2 million. Some have died waiting for compensation. IAAP workers, who were sworn to secrecy regarding their work at the plant, have been encouraged to come forward and tell their stories and the federal restriction regarding secrecy has been lifted. At stake is up to $150,000 and compensation for medical bills and wages lost due to impairment. But they still have multiple government agencies to convince.