Drowning the Shamrock and Other Irish Whiskey Traditions

If you've ever seen the film 'Waking Ned Devine' you will know that whiskey is an essential part of many Irish cultural traditions. Whiskey is part of traditional Irish hospitality, celebrations and commemorations. Whiskey is still widely prescribed as a medicine for an array of chills and ills and has even been known to play the role of aftershave!. And 'drowning the shamrock'? You'll have to read on to find out what that is all about...

A glass in the hand: whiskey and Irish hospitality

The Irish are well known for their hospitality. It is a strong value in our culture, one which appears even in the earliest of legends – no Irish hero, legendary or historical, ever turned away a visitor. Offering a glassof whiskey has traditionally been considered the proper way to welcome a guest into your home in Ireland, at least the guests you really like!

Even avowed 'pioneers' (people who had made a religious vow not to drink alcohol) would have kept a bottle of whiskey in the kitchen cupboard; it would have been looked on as a great disrespect not to offer a good glass of whiskey to a visitor. I am told that in fact pioneers could be the most generous with the whiskey. As they didn't drink alcohol, they had no idea how strong whiskey is and would let it tumble into their guest's glass as if it were apple juice.

Traditionally Irish social life in rural areas revolved around the holding of ceilis in one another's houses. This usually involved having the neighbours round, telling a few stories by the fire, having a bit of fiddle music and, if the night went well, pushing back the furniture for the young people to have a dance.

Whiskey was an essential part of these gatherings. It made for a lively party with plenty of craic - that's the Irish word for fun. If anyone had good news it would be toasted with a glass of whiskey, and recently departed friends would be remembered also with a raised glass. The end of the evening would be devoted to singing old folk songs, with everyong taking a turn. And if anyone lacked confidence, the whiskey helped with that too!

Whiskey has traditionally been, and continues to be, the drink of choice for an Irish toast or blessing. When a couple are getting married, at a traditional Irish wedding the guests will raise a glass of whiskey and wish long life and happiness to the bride and groom. It is also traditional that an Irish wedding cake is a whiskey cake.

One tradition is that the newly-married couple should keep the top tier of their wedding cake untouched until their first baby is born – then the tier can serve as a Christening cake. Whiskey is such a great preservative that a cake laced in whiskey could indeed last up to a year!

Here's an example of a traditional Irish wedding toast:

Health and a long life to you.
Land without rent to you.
A child every year to you.
And if you can't go to heaven,
May you at least die in Ireland.

And when a baby is born, there has always been a tradition that the father would 'wet the baby's head'. That is, he and his friends would raise a glass of whiskey and toast the newborn.Traditionally in Ireland on the night his new son or daughter is born, the father doesn't pay for his drinks but is treated by his friends.

A lovely Irish blessing for a newborn baby is:

May you always walk in sunshine.
May you never want for more.
May Irish angels rest their wings
beside your nursery door.

The parting glass: whiskey and the Irish wake tradition

Whiskey has been used in Irish culture not only to welcome new arrivals but to say goodbye to well-loved friends. Whiskey has always been served at Irish wakes and this practice continues in rural areas to this day.

A wake is when the body of a recently deceased person is kept in an open coffin at their house for three days and nights before the funeral. This is an opportunity for all the extended family, friends and neighbours to come and say a final goodbye. Wakes tend to be lively affairs, a celebration of the person's life with funny stories and memories shared. The gathered friends and family will raise a glass (or two) of whiskey and drink to the memory of the person who has died.

Also, in earlier years, before the advent of modern medicine, the delay before the funeral allowed time to make sure the person was really dead, not just unconscious! More than one story is told in Ireland of someone who awoke from a semi-comatose state to find themselves laid out on the kitchen table surrounded by grieving relatives.

The origins of the wake tradition lie in medieval beliefs that the devil would come looking for a newly-departed soul, so it was important to gather round a dead friend to make sure they set out safely on their journey to the afterlife. There is a great Irish blessing which preserves this traditional belief: “May your soul arrive in heaven half an hour before the devil knows your dead”.

These medieval beliefs have not completely died out in Ireland. For example mirrors are traditionally covered in an Irish wake house as a sign of respect. This practice has its origins in the old belief that the spirit of the dead person in still in the house, before starting the journey to heaven. It was once believed that if the spirit of the person were to catch sight of itself in a mirror, it would become confused and never find its way to heaven.

Whiskey and tobacco are the traditional elements of an Irish wake. Tobacco in the form of snuff used to be served, and some was even put under the nose of the dead person. Again - a way to be sure they were really dead. Anyone still living would begin to sneeze!

Whiskey is served in the evenings at a wake, and all present raise a 'parting glass' in memory of their friend who has passed on. There is a wonderful song called 'the parting glass', and it is memorably featured at the end of the Irish film 'Waking Ned Devine' 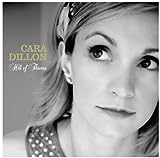 There was a tradition, once upon a time, of floating a shamrock in your glass of whiskey on St Patrick's Day. Today the phrase 'drowning the shamrock' is a metaphor for celebrating St Patrick's Day by getting absolutely ... well, lets just say 'very drunk indeed'!

And of course, no drink is more traditional, more clearly a part of Irish culure than a generous glass of whiskey.

The shamrock is a traditional symbol for St Patrick, and therefore of Ireland in general. The story behind it is recounted in this article: Shamrocks, Snakes and Shilelaghs...

Irish Proverbs and Sayings about Whiskey

Other articles about Irish whiskey

History of Irish whiskey: a tour of the fascinating origins and development of whiskey distillation in Ireland, from the Medieval era to the twenty first century.

A guide to the whiskey distilleries of Ireland: three distilleries operate in Ireland today, each with their own unique history and distinctive whiskey blends.

Best Irish Drinking Songs: whether you're celebrating St Patrick's Day or holding an Irish wedding, this is a guide to some of the best Irish sing-a-long songs

A taste of Waking Ned Devine