There are some historical figures that everybody in Japan knows. Some are shoguns, some are writers, and some are princes. Here’s a rundown of the top ten people you should know if you want to show off your knowledge of Japanese history.

Everybody wants to be like Nobunaga. Ambitious, strong, risk-taking successful, Nobunaga actually embodied many characteristics that were not traditionally “samurai.” As daimyo of a small province, he expanded his territory to encompass one third of all of Japan. The western equivalent of Nobunaga might be Julius Caesar, a conqueror who made many gains in his life but who was ultimately betrayed and killed by one of his own.

Fun fact: Did you know that Nobunaga was an avid supporter of Christianity, which only had a small following in Japan at the time?

If Nobunaga is Caesar, then Tokugawa is Augustus. Tokugawa was the daimyo that ended up finally becoming shogun of all of Japan. As shogun he developed a strong bureaucratic system that would ensure opposition could not easily arise, and established a 265-year period of peace and stability in the country. In many ways modern Japan is a result of the policies he established.

Fun fact: Did you know that Ieyasu had his wife and son executed for conspiring against Nobunaga?

As regent, Shotoku helped create Japan’s first constitution, bring Chinese culture and ideas to Japan, and spread Buddhism across the country. He is still revered in Japan as the ideal enlightened ruler. Said to be able to listen to ten people all at once (and understand each of their requests) Shotoku has a bit of a superman image in Japan, which leaves some to wonder if he was really as amazing as his legacy implies.

Fun fact: Did you know that some people believe Shotoku named Japan? (as “The Land where the Sun Rises”)

Born of the lower classes, Hideyoshi used his wily wit to rise up through the ranks in Nobunaga’s clan. With one success after another, he eventually ended up becoming its leader after Nobunaga died. Although Hideyoshi was the one who theoretically conquered all of Japan, his sudden death in 1598 meant that he was not destined to see his progeny become rulers of Japan.

Fun Fact: When Hideyoshi was a young vassal in Nobunaga’s retainer, his nickname was “The Monkey.”

Considered by some to be the first novelist there ever was, Murasaki Shikibu was a court lady related to the Fujiwara family. In her spare time, she wrote novels and diaries that were based on her life amongst the aristocrats of Japan. Her Tale of Genji relates the amorous adventures of a prince, whose greatest love turns out to be a ten-year-old girl that he raises to be the “perfect woman.”

Fun fact: At the time that Murasaki Shikibu lived, men were encouraged to write in only kanji, and women only in hiragana.

As master of tea under Nobunaga and later Hideyoshi, Sen no Rikyu mastered the art of the tea ceremony. Incorporating elements of wabi-sabi , Rikyu emphasized a rustic, humble atmosphere to his ceremonies that today is called very “Japanese.” Because of differences in opinion and for other unexplained reasons, Rikyu was ordered to commit suicide by Hideyoshi at the age of 70.

Fun fact: Some people say that what finally ticked Hideyoshi off was when he walked into Daitoku-ji (a temple he constructed) and saw a statue of Rikyu looking down at him.

Considered one of the leaders in incorporating western ideas and culture into Japanese society, Fukuzawa helped establish the first university, (Keio University) in Japan. As a prolific writer about all things Western, Fukuzawa and his books encouraged Japanese to dive into the “modern world.” His contributions to modern Japan have earned him a place on the 10,000 yen bill.

Fun Fact: Fukuzawa studied Dutch before he learned English, only to discover it was not so useful for corresponding with most Westerners!

Idealized by many Japanese (especially young men) Ryoma was a progressive thinker that felt that the way for Japan to move forward was to overthrow the Tokugawa bakufu government. At a time of change, Ryoma’s romanticism and charisma helped factions unite in order to be strong enough to take on the government. Ryoma was assassinated by pro-bakufu forces at the age of 33 in the city of Kyoto.

Fun fact: Did you know that Ryoma and his wife are said to have taken the first honeymoon by a Japanese couple?

The image of this very famous Japanese Emperor remains very complex. Was Hirohito one of the main engineers of Japanese aggression against Asian countries, or was he helpless to the whims of the military leaders that were in command? Somehow protecting the very existence of the Japanese monarchy itself (after WWII), Hirohito also managed to keep his image in tact and lived to see the later economic success of Japan.

Fun fact: Did you know that the emperor’s “hobby” was marine biology?

This queen of ancient Japan (when it was still called Wa) holds a mystical place in Japanese history. Though there are records of her in both Chinese and Korean documents, much of her life remains a mystery. What is known is that she was an influential ruler who was considered to have a strong “shamanistic” hold over the Yayoi people.

Fun fact: Did you know that it is not even known exactly where Himiko’s kingdom was located? (Although recent discoveries point to an area near Nara.) 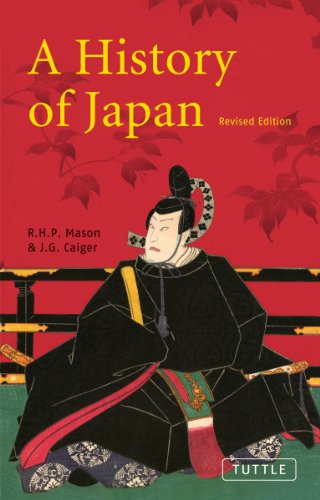