I've lived in Arizona for 69 years (Tucson, Glendale, and Sedona). I love writing about Arizona history, antiques, books, and travel.

The tiny town of Jerome, Arizona could easily suffer from an identity crises. Is Jerome a ghost town or an art colony? Is Jerome, "The Billion Dollar Copper Camp" or a town so poor that the City of Jerome owns most of the buildings because no one came forward to pay the property taxes? Was Jerome a regular town with commerce, churches, ball teams and societies, or was it the most wicked town in the West with anything available for a price? (It's interesting to note that in Jerome's heyday of mining at the turn of the century, a journalist who wrote for a New York City newspaper once printed an article that Jerome was the Most Wicked Town in the West, but when the citizens of Jerome heard the term, they promptly refuted the name. They wrote to tell him that Tombstone, a mining town in Southern Arizona, was much more wicked, because Tombstone had more murders, more saloons and fewer churches.) Most recently, "Jerome has been called America's Most Vertical City" at a 5,200 ft elevation and "Arizona's Most Unique Town." In truth, Jerome can rightly be called by any and all of these names.

Jerome is located on Cleopatra Hill on Mingus Mountain high above the Verde Valley in Northern Arizona. As early as 1583, Antonio de Espejo a Spanish conquistadore had visited the area and took rich mineral ore samples back to Mexico. Mining had been conducted in the area for many years before Cleopatra Hill became known as the Jerome Camp in 1883. The smaller claims would become part of the United Verde Copper Company. The need for laborers created a rush to Jerome for the privilege of earning $2.50 to $3.00 per day. Americans, Mexican, Irish, French, English, Russians, Scottish, Italians and Chinese were among the groups who came. The population would remain mostly male for some time. Soon a wagon road was built over Mingus Mountain that went south into Prescott. For anyone today who has driven over Mingus Mountain on Arizona Highway 89A in a modern car, it is difficult to imagine the old freight wagons hauling heavy materials for the mine through that very steep and rugged mountain area.

By 1893, William A Clark, who had already made his fortune in mining in Montana, purchased the United Verde Mine lands surrounding Jerome and supervised the building of a narrow gauge railroad. The United Verde and Pacific Railroad zigzagged over the mountain and connected Jerome to the city of Phoenix to the south and to Ash Fork to the north. According to several sources, Clark made an estimated $60 million from his mines in Jerome.

The once thick pine forests on Mingus Mountain were clear cut to provide timbers for the mines and lumber for houses and stores. In 1895, the number of women and children in Jerome began to increase and the first schoolhouse was opened with 64 students and one teacher. Because most of the buildings were built of canvas and wood, several fires almost burned Jerome to the ground. In addition to the constant threat of fires, communicable diseases such as typhoid fever, scarlet fever and smallpox were devastating. If worrying about fire and disease wasn't enough, years of drought followed by years of heavy rains and mud slides caused their share of problems too.

By 1902, Jerome had earned the name, "The Billion Dollar Copper Camp." At that time, an official census, showed about 15,000 residents living in Jerome. It is recorded on a permanent plaque downtown Jerome that in it's mining heyday, the Jerome mines produced enough copper during a one year period that if a rope would have been constructed of copper, it would have been long enough to stretch around the world seven times. By 1919, the price of copper had hit a record high of $.19 per pound.

When Arizona became a state on February 14, 1912, statehood brought big changes to the town of Jerome. The once thriving "Soiled Dove" trade was now illegal. The "girls" had been the best customers of the merchants spending lavish amounts of money on expensive fabrics and other goods. Gamboling which had been a huge source of revenue was now also illegal, and many times, this was a main source of income for Jerome's saloons. Jerome was starting to decline in the late 1920s and hard hit by the Depression years of the 1930s.

By 1950, the United Verde Mine Company kept some equipment and a scant crew in Jerome hoping for an increase in the price of copper, but by the mid 1960s only 50 residents lived in Jerome. Most of the town's buildings were decaying and boarded up. The path for Jerome to reinvent itself began with some dedicated citizens who formed the Jerome Historical Society armed with the slogan "Our Past is Our Future." To save the town, it was decided to open a mining museum, but to open a museum would take money and effort. After a number of fundraisers, and some dedicated folks who scoured the area for mining artifacts, and some donations of other items that were instrumental in the development of the area, the museum opened with a curio shop in the front. At the price of $.25 admission, the process of making money to restore Jerome was slow, but the transformation into an artist/tourist town had begun.

Eventually artists "discovered" Jerome as an inexpensive place to live and work, and Jerome began its' next life as a tourist destination. The Connor Hotel and the Jerome Grand Hotel (formerly the United Verde hospital) and a number of quaint bed and breakfasts are great historic places to stay. Several tiny but excellent, slow cooked food, restaurants offer a variety of prices and cuisines. A number of artist's have studios and galleries in the buildings that were once the Jerome High School. Home tours, history walks, art walks, small festivals, mining tours,f and ghost tours continue to attract locals as well as tourists.

For further reading on Jerome's early history, I suggest: They Came to Jerome, the Billion Dollar Copper Camp by Herbert V Young 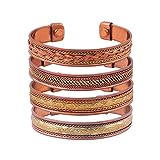 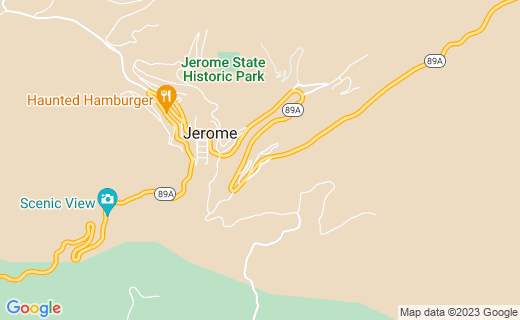