An interesting HubPages Question:If you could choose to have any job, real or made up, what would it be? was asked by TheLifeExperiment

Novels from the Golden Age of Science fiction, Star Trek® and other science fiction and futurist television shows, films, books, fanzines and graphic novels have suggested devices and services unknown at the time of their descriptions, but which came into being years later.

The iPad and the cell phone were imagined on Star Trek. Growing new organs instead of undergoing transplant surgery was seen in Star Trek IV: The Voyage Home and today in the mid-2010s, we are able to grow these new organs. New jobs envisioned on the show are emerging in reality as well. Stellar Cartographer is one of the new job titles that we are ready to use as we make plans to mine ear-Earth Asteroids in the late 2010s.

What would be the reaction of Jules Verne, Arthur C. Clarke (inventor of the ComSat concept and proponent of the Solar Sail), and the Wright Brothers? From imagination to Kitty Hawk in 1903 to the moon in 1969 and Mars in 2018 -- what a dream ride!

A New Type Of Map Making

One of the jobs we see in science fiction films is that of Stellar Cartographer, probably mentioned first in television's Star Trek: The Next Generation®. The Federation of Planet's ship Enterprise included a stellar cartography department, but Celestial Cartography was first conceived centuries in the past, particularly by Egyptian and Chinese astronomers.

Science is transitioning in the early 21st Century through terms like star mapping, astrometry, and stellar cartography.Perhaps some other divisions of mapping will be added, but whatever terms we use in the near future, we already needed to use them in 2013 during the advent of the Google LunarX Prize first missions on the moon.

Google joined filmmaker James Cameron in entering the Asteroid Mining Business in the spring of 2012 as well. America also pursues Mission to Mars, which may prove to begin ahead of schedule, as have Google's and SpaceX's projects.

There is and will be plenty of mapping work available related to near-Earth asteroids, Luna, and Mars and I suspect that maps will be needed of the abandoned space vehicles and equipment floating in Earth orbit - these things will only increase in number. Beyond all this, we have the Asteroid Belt past Mars and commercial plans for sponsoring aerospace vacations even further, past the asteroids to the moons of Jupiter by mid-century.

Who Is a Stellar Cartographer?

The Stellar Cartographer is an individual that will map the stars, planets, other heavenly bodies and newly explored sectors of space.He or she will also tentatively map the regions just beyond Known Space*, with CAD-type programs, planetarium projections, and holography. The days of computer screens as solid materials are numbered.

Holography and data that float in front of the eyes above a pressure sensitive roll-up keyboard are already in trials. Add voice recognition software and the keyboard is unnecessary. Add interaction software that enables a user to reach inside the data to manipulate it and mind-bending possibilities are jaw dropping. It brings to mind the concepts of the book Flatland over a hundred years ago, explaining the three dimensions.

*Mapping Will Go Well Beyond Constellations Far from being a romantic dream of novels, this mapping position is already coming into demand. In 2001, a Topographic Map of Mars was presented to the public by the US Geological Survey. The Hubble Telescope and NASA added other editions in short order.

Since (2012), Google Mars at google.com/mars/ can show you just about anything known concerning the surface of Mars. Google has accomplished this with the help of NASA personnel stationed at the University of Arizona.

The moon, Mars, and the Asteroid Belt beyond Mars that we want to mine for resources will all need mapping, along with everything else in those regions of space. Putting my experience in astronomy, geography, and math to work, I'd become a Stellar Cartographer in the future; but I would need additional coursework. From fifty to a hundred years from now, every spacecraft's captain will need experience in a number of fields, including this one.

What is required to become a Stellar Cartographer? 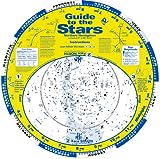 Guide to the Stars
Many more maps like these will be needed. We will be mapping the moons of Mars, the Asteroid Belt, and each of the planets and moons beyond that ring of asteroids.
Buy Now

Job Requirements Of the Stellar Cartographer

The US Department of Labor's Occupational Handbook, which has experienced a good redesign and updating in 2012, provides information about mapping as a line of work. My summary and observations follow:

As of 2010, a cartographer needs a Bachelor's degree in geography or cartography, with a license required in some US States. In the future, a stellar cartographer will likely need a background in astronomy and physics. Some of these workers may also possess degrees in engineering and/or computer science. Training in surveying and drafting would be a plus and for current map making, professionals need mathematics training in geometry, algebra, trigonometry, and calculus.

The market demand growth for cartographers and photogrammetrists (aerial cartographers) is 22% from 2010 to 2020 (this is felt to be faster than average by the DOL). However, this projection was done without the foresight of the Google space-related projects in production or of NASA's partnership with SpaceX and the Japanese Space Agency in different projects. Therefore, expect these jobs to grow by a larger percentage.

While current map makers work indoors and outdoors, stellar cartographers will also work on spacegoing vehicles. They may work on the surface of the moon and Mars, requiring them to undergo astronaut training. Some will already be astronaut-engineers.

These will be accessible by the public soon via personal computer, laptop, Smart Phone and tablet. Thus, anyone will be able to study the data collected by these telescopes and begin gathering experience in viewing and understanding the skies and celestial bodies to be mapped in the future.

Students and teachers are particularly encouraged to access the data and later, these students may wish to work an internship at Planetary Resources, the asteroid mining company. 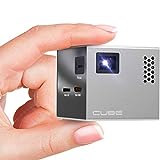 Pay Range For the Job

Median pay for a mapmaker on Earth in 2010 was over $54,500, but annual salary for a stellar cartography is bound to be much higher, reflecting additional education and greater number of venues for work, including outer space. NASA professionals that make and use Earth maps and star maps already earn a greater income at this present date.

Job descriptions, requirements, and licensing mandates are not yet complete for the position of Stellar Cartographer and related occupations, but the future is ecstatically exciting. It will recall the days of Earth's earliest explorers looking to the moon and across the oceans.

Humankind has been excited about what is going on in the skies and among stars for millennia. As we have lost some of the dreams of E.T. humanoid life created by tales like "The Martian Chronicles", new excitement had been sparked by new telescopes in the skies and new maps of the Red Planet. Space is more exciting than ever!

The images below are of some of earliest celestial maps produced, made by using telescopes, paper, and ink in centuries past.

Chinese and Egyptian astronomers made celestial maps hundreds of years before even these images that you see. Many Indigenous Peoples' sky maps were never recorded in any medium except sand or dirt, but we have a few records of unique constellations seen by Native American Nations.

Today, we can see maps of Mars on Google Mars.