The natural law of John Locke defines morality as part of the natural order of the world. Morality defines an individual’s instinct to react as well as the laws they chose to abide in life. “War against all” is the innate natural instinct to defend one’s own self and family from wrongs from another. The shared social morals and values recognized by individuals define a community where the understanding of right and wrong are the foundation of a social order for families to continue living.

John Locke’s social contract theory emphasized the rights of individuals to preserve their safety through the acceptance of an understanding of the rules for living together in an ordered society. In today’s society, Locke’s social contract theory influences the criminal justice system in preserving the overall rights through the Constitution of the law.

Rights in the Constitution

Natural law of individuals and rights

According to Locke, the natural condition of mankind is a state of perfect and complete liberty to conduct one’s life as one best sees fit (Stanford Encyclopedia of Philosophy, 1996). The practice of democracy was set on the morality of society as it was deemed appropriate for all. People are assumed to be reasonably equal to each other and capable of being bound by the law of nature.

Natural law defines morality through a nation guided by God’s principles of life, liberty, and possessions, free to rightfully protect themselves. However, with the social contract, the consent to follow the justification of the State depends on consenting to the agreement. There must be a reasonable set of standards obeyed by society to partake in the State’s rules and creates a structural form of government.

The right to protect individual possessions is a natural right of every man according to Locke’s social contract theory. Everyone has authority over individual labor and therefore has a natural right to individual property. “Every man has a property in his own person: no person has any right to but himself” (Second Treastise of Government). The labor of his body and hands are rightfully owned by no other individual but the individual who worked for it.

People consent to a social contract of governing their possessions through prosecution of the wrongs committed by the offender. Economical tenure determined the social status of families and the essential for people to provide and live. Locke’s idea of “war against all” was based on property of an individual and the importance of survival for a family.

The social contract theory created the agreement of the members of society for their lives with this law. The notion of Locke’s theory built the idea of a political society which impacted the democratic notion of liberty for the public with the majority vote for rules set forth. What is accepted by society is a degree of respect and consideration to equals.

This is the essential right of equality without the interference of the government, and certain natural rights cannot be removed without due process of the law. This influence on the government impacts the criminal justice system with the protection of people under one law of the land, creating equality and freedom of the people. When disruption of the principles occurs by an individual, due process is applied to determine the outcome of punishment for the individual. 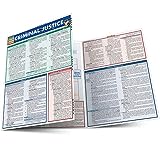 The social contract theory established the written law of the people, constituting the fundamental goods and evils according to the agreed morals. The applied contract is based on persons that are rational and want to avoid the evils that would affect the society’s behalf. Democracy of the government today places an emphasis for rational rules applied to society to create order.

Government should serve the people in a fair and consistent manner, without a monarch. The ideals were based on society’s functioning views of what was right and wrong. They applied to the community, similar to democratic states of governing each society. Social contract between the government and the community was necessary for a goal of common good.

Beholding a constitution of rights of people would restrict rules from being altered for political gain and maintain consistency of government.

Though Locke’s ideals of liberty were primitive in the seventeenth century, creating a contract to govern due process was the foundation for the government statutes. Locke’s influence for a fair and consistent government is present with the Constitution of the law. The greater good of the community was intended with a written set of rules to govern society’s checks and balance of power by political absolutism.

Though Locke’s theory was flawed in the seventeenth century, it enlightened the idea of a legislative body for the people and introducing the importance of a written rule of law to create a contract for society to maintain an ordered and structured means of living.