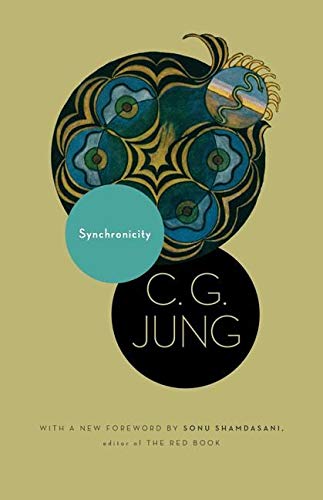 When things seem like more then mere coincidence, this is known as synchronicity. You can find it in the little dots in life that would connect us all if we just took the time to notice them and trace them with our crayon of preferred color.

Synchronicity isn't really scientific because it can't be tested but basically the theory comes down to this:

There are patterns everywhere in everyone's life that seem to be more then a coincidence. Carl Jung believed that these were not random occurrences but are actually manifested by the mind's recognition of the pattern itself.

Your unconscious mind:
[the psyche, repressed feelings/thoughts, the voice inside your head...]
recognizes a pattern and taps into the collective unconscious
[the knowledge everyone is born with, instinct, the matrix...]
to create a meaningful moment to enrich your individual, yet shareable human experience.

Friend of Folk, the Earth, and Muppets

My favorite example of synchronicity to share is in the life and death of John Denver. This is not only because I am a fan of his music, but because it is easy to research and it makes people think.

For those of you who have no clue who I'm talking about, John Denver was a very talented, very mellow, folk singer and environmentalist who was famous in the 70's and 80's. In addition to writing lots of cool folk songs and trying to save the world, he also appeared in several movies, and television shows including music specials, and on The Muppets Show. 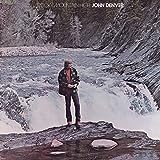 The first bit of connect the dots goodness that I want to get out of the way is the Colorado Connection. John loved Colorado so much that not only did he live there until his death, but he also wrote Rocky Mountain High, an ode to the state. It became one of his biggest hits and many of his other songs have references to Colorado as well. On one of his albums he played with the Mile High Orchestra. The obvious connection of course is his name is John Denver and the capitol of Colorado is Denver, also the county he lived in was Pickin county.

I read somewhere that he changed his name to Denver in honor of Colorado but since he was born in Roswell, New Mexico I will excuse this due to possible government involvement. Perhaps the witness protection program… I’m only kidding folks.

The next obvious connection concerns John's other biggest hit song, Leaving on A Jet Plane. John Denver's death was tragically ironic in that he...um...left on a jet plane. John was an amateur pilot and while taking a first time flight of a new plane he ran out of gas and dive-bombed it into the ocean.
But even more ironically tragic is that during the 1970s gas crisis John was a public spokesman for gas conservation, and because of this he had his own secret stash of gas in tanks buried on his property.

Better still; here is a selection of the music played at his funeral.

These interesting choices would be even more meaningful had the bird theory been true...

Many news sources put out that a bird flew into the engine and he crashed because feathers were found at the scene. As it turns out they were from a feather pillow he had in the cockpit. John was pretty tall at six foot, and the pillow supposedly helped him comfortably work the rudder pedals of the plane.
Even though this bird theory was not true, like many stories of celebrity death, there are people who still believe it was what happened. This does not make it any less tragic that the seagulls ate most of him before they found his body. What was left was cremated, and the ashes were spread where else, but over the Colorado Rocky Mountains.

This is just a sample of synchronicity. Perhaps you‘ve seen or heard of it, or maybe you never thought about it until now. Now the true question is; are these patterns just coincidence? Are they caused by us? Did John create his own ironic fate?
Look for synchronicity in your life and share it with others. By being aware of this phenomena then we may actually be able to learn to manifest experiences and patterns. I hope this makes you think, and if nothing else maybe I've awakened in you an interest in folk music.

Until next time remember: