I am a certified teacher and have been tutoring young children for more than 30 years. I am sharing my experience in the tutorial business.

Letter Nn is the 10th consonant that I am going to discuss. The lessons on the letters of the alphabet is becoming better and better as the kids learn various learning skills every day. It is also becoming easier for the kids since they are getting used to the alphabet. By now, many kids have already memorized the Alphabet Song and many of the kids already know most of the letters.

But you have to go over the past lessons every day. The more reading the kids do the better they can memorize the letters of the alphabet.

If there are still kids who could hardly cope with the lessons; give them more time to read the letters. A few minutes every day will make a long way for the slow learners. Maybe you can sit with the child for 10 minutes before classes starts or after classes until such time that the child has improved.

After the review lessons, you can now introduce letter Nn. The sound of Nn is nnnn which can be likened to someone who is really mad. 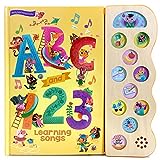 Fun Activities for the kids

Show the flashcard of Nn to the kids and ask them what letter then let them say the sound. After that you can show the objects that begin with Nn.

Here are some objects and things that begin with Nn:

Put two boxes in front of the classroom. Mark one box with Nn and the other box with Ww. Before doing this activity, you must explain to the kids what they are going to do. It is also important to review the letters.

In order to have an orderly activity; it is better to give each child an object to hold. The objects must begin with either N or W. Each child will go in front to put the object in the corresponding box. This will be fun for the kids because everybody will be participating in the activity.

This is a good way to start the class. After the activity, you can give the kids some worksheets to do. Copying letters is necessary in alphabet teaching. You can have this activity 4 times a week.

Review the past syllables that you have taken:

This activity will develop syllable recognition in the kids that will boost their reading skills.

Teaching syllables is not as difficult as others think for as long as you are giving the kids enough exercises and activities.