Madagascar’s interior is as primitive as it gets. Despite a growing human population, and the demand for open land is at its highest, much of the island nation’s interior is devoid of human activity and contact. It is a giant, contiguous rain forest that has remained untouched for many centuries.

Thus, it should not be a surprise that something is rumored to lurk in these foreboding regions. And that something has become the stuff of legend, as well as a source of nightmares, for the various tribes that occupied the outer fringes of the forest.

Some call them the little men of the forests; others call them demons. In either case, the Kalanoros of Madagascar have proven to be enduring legends, despite the lack of evidence to prove their existence.

The Kalanoros have been based mostly on eyewitness accounts from the various tribes in the densely forested northern parts of the island nation.

However, in the age of the Internet, this ancient tribal legend has found a whole new group of believers. Cryptozoologists, bloggers, and paranormal investigators have been reporting on the existence of these creatures for nearly a decade. While not exactly a household name as its purported cryptid cousin (Bigfoot), the Kalanoros have been the subject of widely circulated stories on the Internet and an episode of the Sy-Fy Channel show “Destination Truth”.

In other words, the Kalanoros have come out of the African jungles and entered the wild world of World Wide Web.

Cryptozoology: not quite science

The article mentions cryptozoology -- the study of animals that have not been discovered. Usually, legendary or mythical animals such Bigfoot, chupacabra, Loc Ness Monster, and the Yeti are popular subjects. There are no degrees in this field of study and is not generally viewed as genuine scientific discipline. Also, a majority of those who call themselves cryptozoologists do not hold a science-based degree. On the other hand, some of the better known ones may have degrees in biology or in a similar field.

This is not to say of myths and legends do not exist or that those who research them are not scientists. Lately, as new parts of the world have been opening up, new species are being discovered. This include Madagascar.

Also, many of the large primates were once the realm of legend until they are being discovered as late as the 20th century.

* Cryptid - an animal that doesn't exist or hasn't been proven to exist, yet.

*Cryptozoologist - those who study cryptids.

To understand how the Kalanoros went from being mythological creatures to an Internet sensation, one has to look where the legend began. Madagascar is one of the largest islands in the world. It is also one of the least explored and developed regions still in existence. With thick virgin forests, caves, and inaccessible and varying terrain, the island nation boasts a thriving and unhindered wild-life. Also, it was one of the few places where new species of animals and plants are being discovered.

The island is also home to a unique primate, the lemurs. These arboreal and nocturnal animals are small and are often heard rather than seen (In fact, they were named the “lemurs” of Roman mythology due to their mysterious looks and foreboding vocalization).

Although looking more like raccoons than primates, they have nails instead of claws, may walk on two at times, and use tools. Still, unlike most primates (with the exception of basal primates), some species have large eyes and “wet noses.”

The lemurs were first discovered in 17th century. However, it wasn’t until the 1950s and 60s that the primates were being studied. Also, since that time, nearly 100 species have been discovered, some as recently as the 1990s.

To make matters more interesting – and something to consider in the case of the Kalanoro – evidence has emerged that some of the earliest and extinct species of lemurs were as large a modern gorilla. This size may have been as far back as 2000 years when human started inhabiting the island. There are some researchers, including cryptozoologists, who believe a large species of lemurs may still exist.

Whether there was a connection between the lemurs and Kalanoros is speculation at best. What is known is that the first people to arrive on the island began telling tales of little hairy men living in the jungles.

Modern History (or sort of) of Sightings

The late 19th century iwas considered the first time when the Kalanoros were brought to the world’s attention (at least, according to several websites).

Writer Mark Eveleigh repeated this claim in his article for the website Travel Intelligence.com; however, he stated that someone had reported capturing it to the geological society.

However, Eveleigh made his claim in an article entitled: “Mythical Creatures of Madagascar,” that suggested the account may not have happened. Whether true or not, evidence of this events cannot be documented from other sources.

Eveleigh also wrote about another sighting: “In 1924, Chase Salmon Osborn described a "kalanoro-sighting" that he assumed ‘must have been a honeymoon couple’ because they were making love by a campfire.”

He also reported of a sighting made by his guide, Eloi Razafimandimby. Eveleigh wrote that Eloi had spotted what he described as a “little man, less than a meter tall, with hair all over his body and long fingernails.” This accusation that would be repeated in other websites and forums. Although he was not named on these other sites, Eloi was referred as a “startled guide.”

Another blog, ShukerNature.com – created by Dr. Karl Shuker, a freelance zoological and media consultant and cryptozoologist -- stated that G. Herbert Smith wrote an account of the Kalanoro in an 1886 publication of “Antanarivo Annual” (to note: G. Herbert Smith collected superstitions and folklore from the Betsimisiraka, one of several ethnic groups found on the island).

Shuker also made another speculation –this one supported by studies made by French paleontologist Charles Lamberton – that the Kalanoro was a possible descendent of the Hadropithecus, a large extinct lemur that once inhabited the island. Still, the evidence for this was (and still is) sketchy, at best.

The most significant alleged sighting came from a story circulated on the Internet. The story stated that a U.S. Navy SEAL team came across a group of 13 “chimpanzee-like” creatures attacking another animal in an African jungle far from Madagascar.

The story claims that the team was in the midst of doing covert intelligence-gathering work in the Democratic Republic of the Congo between 1997 and 2002. A team member video-taped the attack, and supposedly leaked the story to the public.

The story was reported by noted cryptozoologist and Bigfoot hunter, Loren Coleman for the website, Cryptomundo.com. Although it was uncertain this was the very first site to report this account, many other blogs and forms – including one operated by the popular paranormal writer and conspiracy theorist David Ickes – have posted Coleman’s story on their site.

The most compelling part of the report was the description given of the creatures. They were described as being bipedal, standing 4.5 to 5 feet tall, and covered with gray hair. Also, the description stated they had “porcupine-like quills running the length of their backs (similar to the Latin American legend, the chupacabras).”

Verification of this article was not easy. The article claimed three minutes of video existed; however, the tape supposedly remains classified by the U.S. government to this day due to the sensitive nature of the original mission.

Still, the story was enough to garner attention from other media outlets. In 2007, the popular American TV show, Destination Truth included as a segment. The show, which attempted to explore the truth behind mysterious creatures and monsters, didn’t provide enough evidence to dismiss or verify the existence of the Kalanoro

So Do They Exist?

There is some plausibility to the possible existence of the creatures. They supposedly dwell in an area still unexplored. Also, their size, between 3 to 5 feet tall, suggests they can live in small areas and have plenty of places to hide.

Despite the plausibility, the evidence presented so far has been weak. With the exception of a Harry Trumbore illustration of the Kalanoro from Loren Coleman’s book (The Field Guide to Bigfoot and Other Mystery Primates), there’s no viable or clear picture of them.

If anything, the kalanoros will remain a mystery unless hard proof of their existence surfaces. 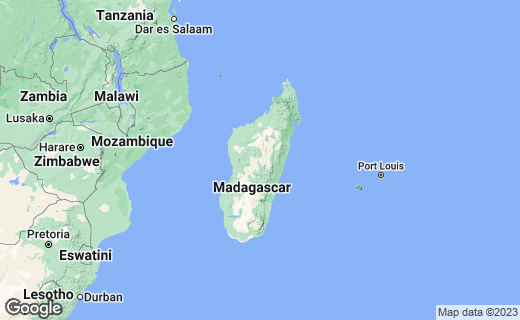